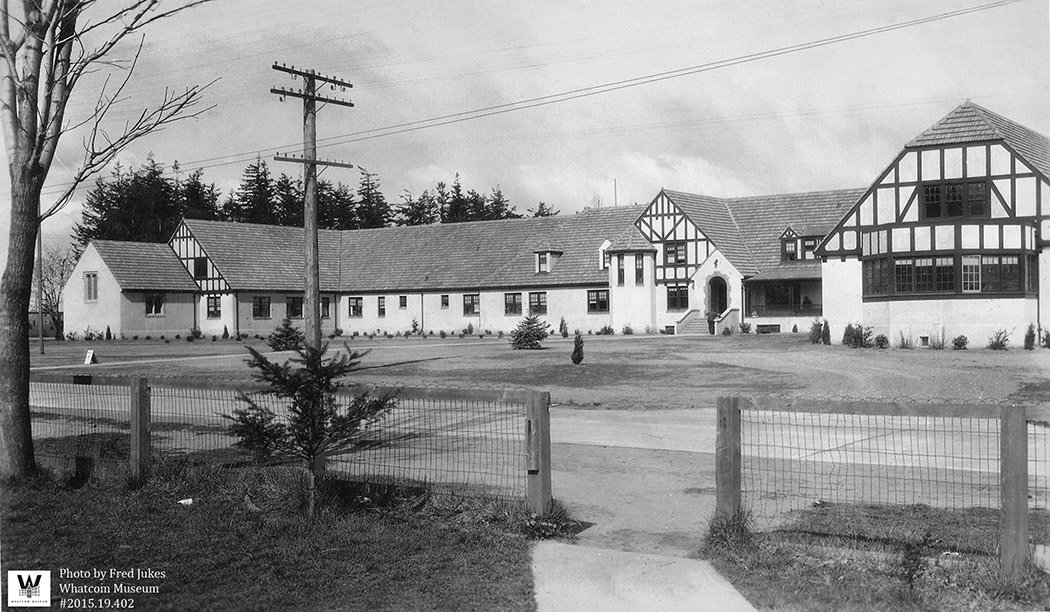 The Tudor-style structure was built in the 1920s.
Photo by Fred Jukes, Whatcom Museum

A local veterans group is leading the effort to save a historic Tudor-style building at the corner of Northwest Drive and Smith Road.

Members of Vietnam Veterans of America Chapter 165 have asked Whatcom County to suspend its demolition plans for the Northwest Annex building.

Built in the 1920s, the two-story structure has seen a variety of uses over the past century. Some long-time county residents may remember it as the Nor-Bell Nursing Home during the 1980s and ‘90s. Before that, it operated as the county hospital, infirmary and as a distribution depot for civil defense suppliers during the Cold War. The building currently houses the county’s planning department.

County council has made plans to replace the existing structure with three buildings and a larger parking lot, according to pre-application documents. Based on the proposed plans, a remodel would increase the overall available square footage at the site.

But the veterans would like to see the building preserved.

“I’m trying to save a 42,000-square-foot building from going to the dump,” said local developer and veteran Joel Douglas. He said the building is big enough to be used as housing for veterans, a clinic and an activity center, but at the moment he just wants it saved.

The project is still in the early planning phases and will be put in front of county council in the coming months, as the county’s architect, RMC Architects PLLC, apply for development permits and the county seeks funding.