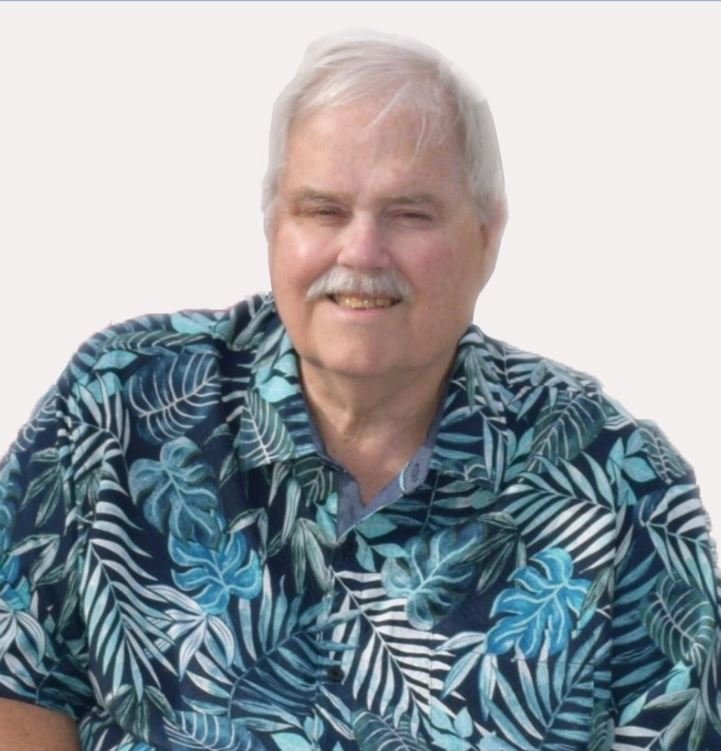 It is with heavy hearts that we say goodbye to Randall Scott Sanders at age 70 in Blaine. Randy was born on December 28, 1950, in Bellingham to Virginia (Ginger) Daisy Donnett Miller Sanders and George (Scotty) Frazey Sanders. Randy was the oldest of three sons, and his brothers are Steven Lynn and Mark Dean.

Randy was a graduate of Blaine High School, class of 1969. He was active in football, track and field, and drama.  His good nature earned him the superlative “Most Smiliest”. Those closest to him in high school nicknamed him ‘Bear’, not only because of his size, but because he was friendly, kind and gentle by nature. He valued this time of his life. His high school friends were lifelong friends, and it was only three years later that he was diagnosed with Multiple Sclerosis.

Randy married Susan (Susie) Wickett, also from Blaine, in 1970, and they had a daughter Krista Marcene. They have been married for 51 years. They spent 33 years in Redmond, Washington before returning to Blaine to retire in 2016. They have lived at Birch Bay Village for the past five years and enjoyed time with family, new and old friends, and living near the beach.

Randy graduated with a BA in accounting from Western Washington University. By profession he was a CPA, but his passion was people. Randy was a great humanitarian. He was dedicated to impacting people’s lives through love and generosity, and especially to help differently-abled people, because he walked their journey. He believed in the importance of equality and promoted an appreciation for all people. Randy faced his own challenge of having Multiple Sclerosis for most of his adult life and as a result became an advocate for those who faced similar hardships. He volunteered at Bridge Disability Ministries in Kirkland for many years, assisting with accounting, guardianship, playing music at events, and most importantly, he belonged to several Circles of Friends. He was also active at St. John’s Episcopal Church in Kirkland for many years where he served on the Vestry, was a Stephen Minister, served in the Kairos prison ministries, and was part of the contemporary music group playing guitar. Upon returning to Blaine, he attended Grace Lutheran Church and played his guitar at the contemporary music services.

Randy’s first love was his family and friends. He was a loving son, brother, husband, father, and grandfather who filled his home with love, laughter, and joy. He also had a passion for music. He loved listening to jazz. He sang and played many instruments, including guitar, violin, saxophone, and he most recently began playing the piano. He also loved sports, especially golf and football.

Randy is preceded in death by his mother Ginger and his youngest brother Mark, who both also lived with MS. He is survived by his lifelong partner Susie (Wickett) Sanders; daughter Krista Dy; grandson Elliot Dy; brother Steve (Julie); father Scotty; and many nieces, nephews and cousins. He has remained close to many lifelong friends, and as we honor Randy, we echo the words posted by one of them, “Bear walks in heaven”.  He has been a servant of God and is now free and at peace in his arms.

A memorial service will be held for Randy on Saturday, April 23, 2022, at Grace Lutheran Church in Blaine.  Donations can be made to Bridge Disability Ministries, 12356 Northup Way, Suite 103, Bellevue, WA 98005, or to the music program at the Blaine School District: Blaine Fine Arts Association, PO Box 1545, Blaine, WA  98231.