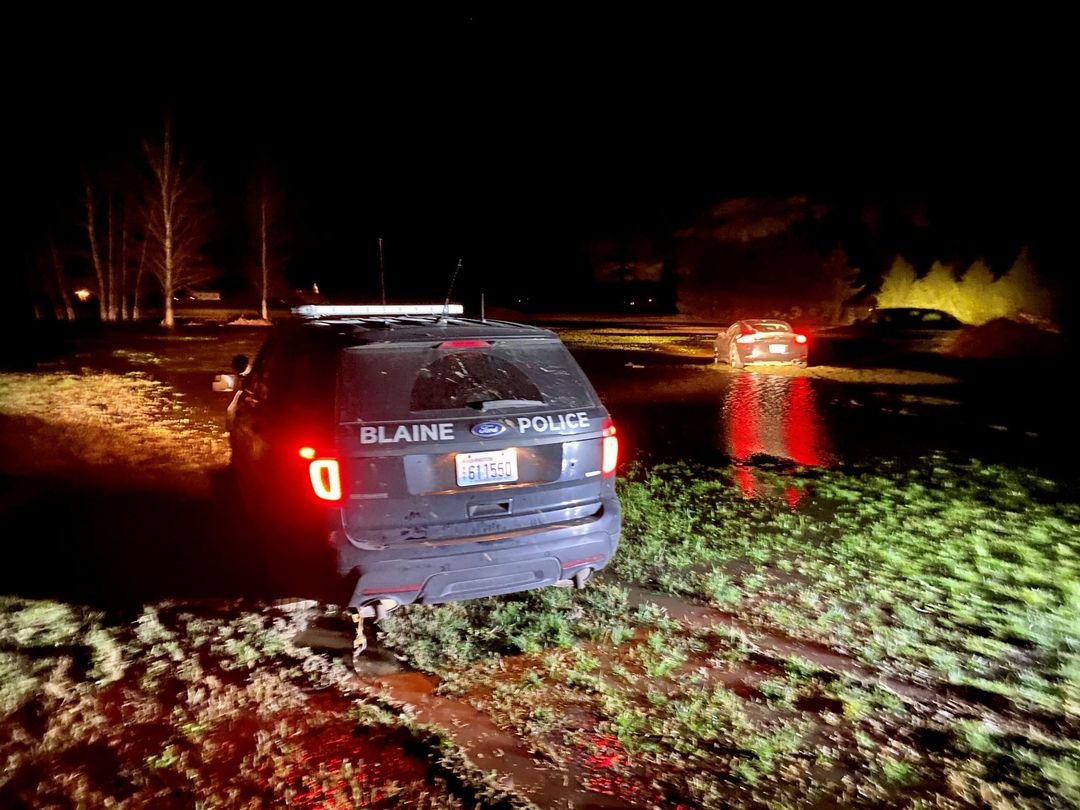 Blaine Police Department booked Dillon Wilson, 30, Brandi Sestrom, 36, and Cory Mezo, 36, into Whatcom County Jail on January 13. The trio was charged with second-degree burglary and felony conspiracy, and Wilson, the driver of the vehicle, was also charged with attempting to elude a police vehicle, first-degree robbery and resisting arrest, according to Whatcom County Jail records.

Around 12:27 a.m. January 13, Blaine police officers were dispatched to a commercial burglary at Pantec Mini Storage on Boblett Street where three suspects were seen on security cameras, sergeant Michael Munden told The Northern Light in an email. Officer Tim Richardson arrived first and observed a small black coupe leave the area toward I-5 southbound.

Richardson followed, heading south on I-5, and was joined by Whatcom County Sheriff’s Office deputies joined Richardson, Munden said. According to a Blaine Police Department Facebook post, the vehicle reached speeds of 117 mph. Washington State Patrol and a sheriff’s office deputy attempted to assist those in chase by setting spike strips on I-5 but the vehicle exited the freeway onto Grandview Road. Munden reported the suspects had a police scanner, which was why they were able to avoid the spike strips.

After exiting I-5, the vehicle turned onto a dead-end road after seeing deputies in front of it, Munden said. The small black coupe then got stuck in the mud in front of a residence on Conifer Drive, just north of Ferndale. Wilson, the driver, tried to run from the vehicle but was quickly apprehended by a sheriff’s office K-9 unit.

Munden said the vehicle was seized, and Blaine police officers applied for a search warrant for which they currently awaiting approval.

Lagerwey said she was pleased with how well their security system worked. They had recently just added two new cameras to the system, she said. “We’re proud of the measures we’ve taken, which made [the suspects] easy to catch,” she said.

Lagerwey also mentioned how thankful those at Pantec are for the Blaine Police Department’s quick response. “They were amazing,” she said.

Lagerwey said she had an idea of how the suspects may have gotten into the property, which is surrounded by barbed wire fence. She said the suspects had no known relation to any customers or personnel at the storage facility.