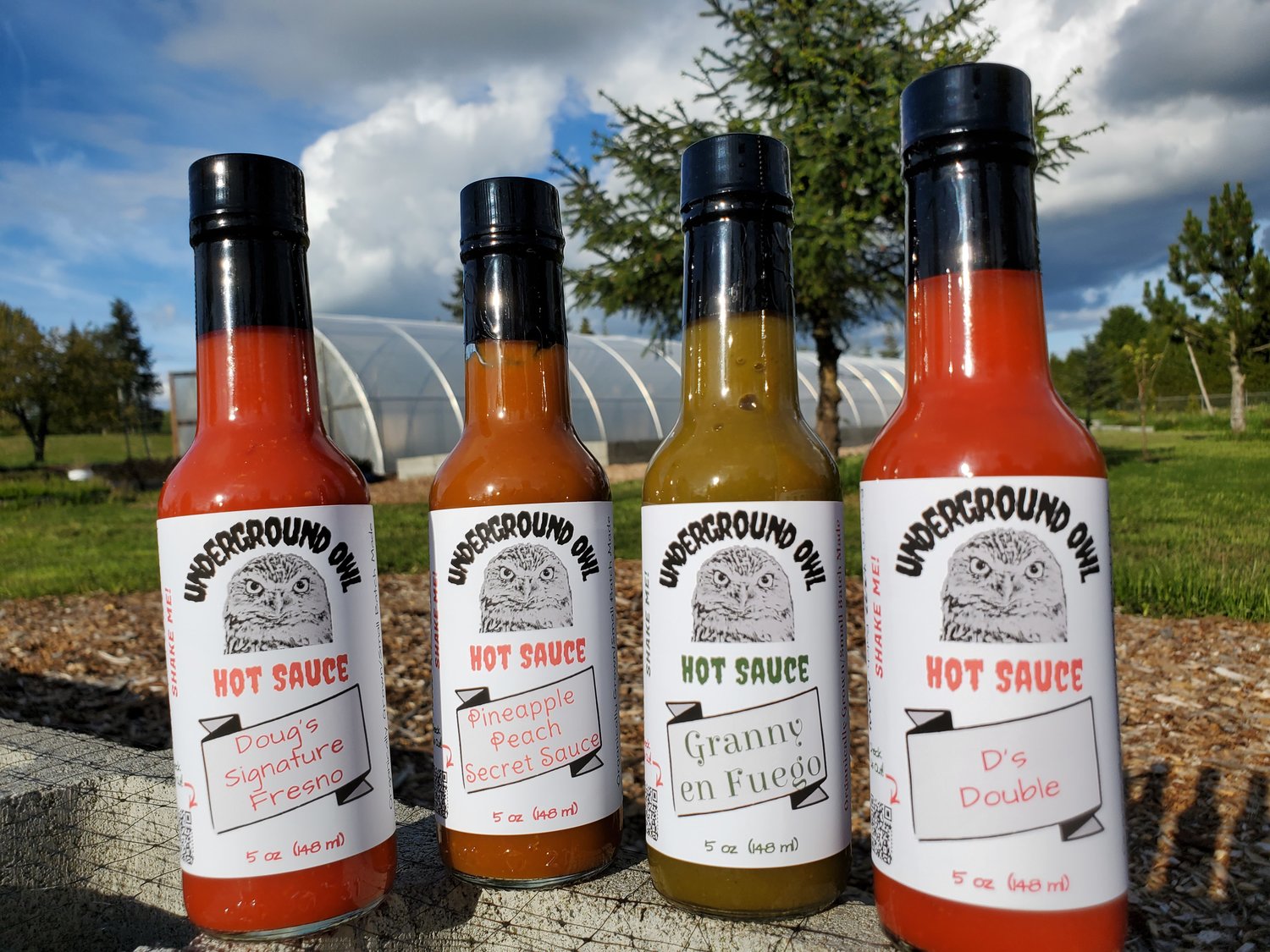 Spotted Owl Farm is family-owned and operated out of Blaine by owner Doug Cross. The farm produces fresh “farm to bottle” Underground Owl Hot Sauce made from peppers grown at their farm.

The farm opened in 2017 when Cross and his brother, Alex, decided to bring locally-grown, organic produce to the Blaine community. Cross said while Alex has since moved onto other things, Cross and his family continue to grow exceptional produce to supply restaurants as well as friends and neighbors.

Cross said the idea to make the hot sauces first came about in 2018 when he and his family decided to take the extra peppers they hadn’t sold that season and make small batches of hot sauce to give as Christmas gifts. “Pretty soon friends and neighbors were clamoring for the sauce at the beginning of 2019,” he said. “So we decided to start selling them so we could share it with others.”

Cross began selling the hot sauces at the end of March this year and he said so far the community has given him lots of positive feedback.

“These hot sauces are meant for everyone,” he said. “We don’t have a heat gauge on the bottles because they are all similar in hotness level and meant to be enjoyable for anyone who wants to try them.”

Cross said what sets the locally-grown hot sauce apart from others is that it is not fermented. The fresh hot sauce is vinegar based to lower the PH level of ingredients to a shelf-stable level. Fresh hot sauce usually has less salt content because the fermentation process requires salt, he said. Cross said the fermentation process takes time, from one to five years, whereas fresh sauce is ready to eat right after it’s made.

“The ingredients come right off the fields and are turned directly into hot sauce,” he said. “I like to hold on to the bottles for a few weeks before selling them. It helps all of the flavors meld together.”

Those interested in purchasing the hot sauces can either buy them online at spottedowlproduce.com, or at Beach Cat Brewing Co., Semiahmoo Resort, The Vault Wine Bar and Bistro, Hill’s Chevron, Fringe Brewing Co. and Bellingham Cider Company. Cross said he hopes to get the hot sauces into more local stores and restaurants soon. He encourages those who want to learn more about the hot sauces to email him at spottedowlfarm@gmail.com.

Doug Cross is not related to the reporter.