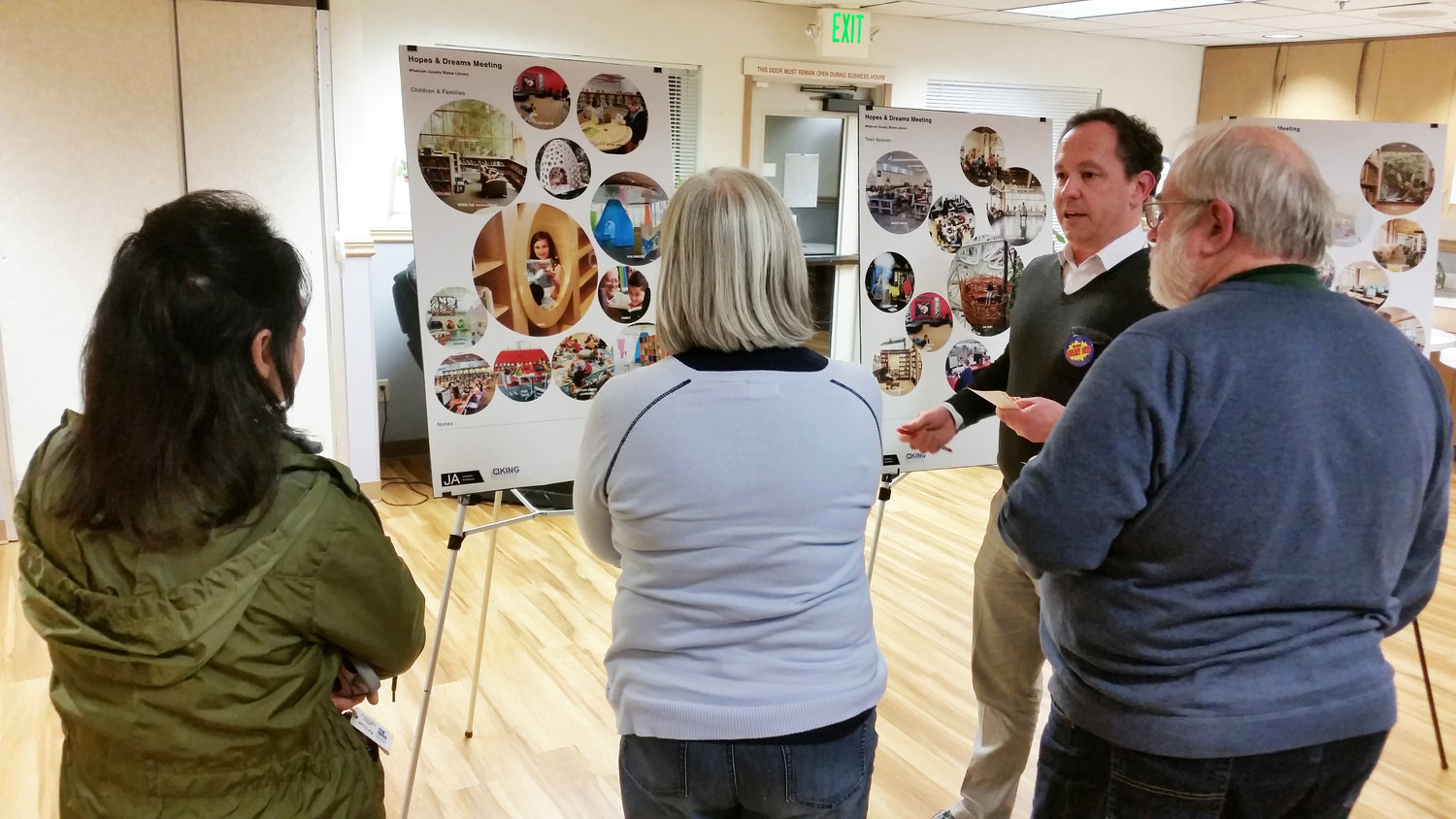 At the first of three public meetings to discuss expanding and updating Blaine’s library, 37 people shared their hopes and dreams for the building with a team of architects.

Participants discussed considerations such as the best location on the site for a new building, the need for meeting spaces of various sizes and which spaces could be adjacent to others to allow for quiet spaces and meeting spaces to coexist, said Michael Cox, Whatcom County Library System deputy director.

Whatcom County Library System’s (WCLS) goal for the project is to design a library space that’s up to 12,000 square feet, more than double the size of the current 5,400-square-foot building. That design could be either an addition/remodel of the existing building or an entirely new building.

The Blaine Library has been in its current space at 610 3rd Street since 1988. In that time, the population of Blaine and the surrounding area has more than doubled. In summer 2019, after more than 10 years of fundraising for a new building, Friends of the Blaine Library offered WCLS $50,000 to hire an architect or design team.

WCLS and the design team – Johnston Architects and King Architecture – will host two more meetings for the public to provide comments on the design: a “developing character” discussion from 5:30 to 7 p.m. on Tuesday, December 10, and a “project realities” meeting from 5:30 to 7 p.m. on Tuesday, January 14. Both meetings are at the Blaine Senior Center.

After that, WCLS will share a final design at a later public meeting.

To start the design process, King Architecture and Blaine public works staff assessed the current library building, which used to be a public works maintenance shed. That assessment scored most of the building as “fair to poor,” with roofing and some other elements scoring “unsatisfactory.”

The initial assessment didn’t probe the underlying steel structure, since that would require damaging the ceiling, but that structure may not meet current seismic requirements, Cox said. The building’s one-inch water line would also need to be upgraded.

“Costs required to update the existing structure may be similar to new construction,” he said. “However, the design team will consider what materials may be reused and whether any structural elements may fit within the building design after the building programming is complete.”

WCLS is also using an online survey to gather opinions about the project. To learn more or take the roughly seven-minute survey, visit wcls.org/blaine.