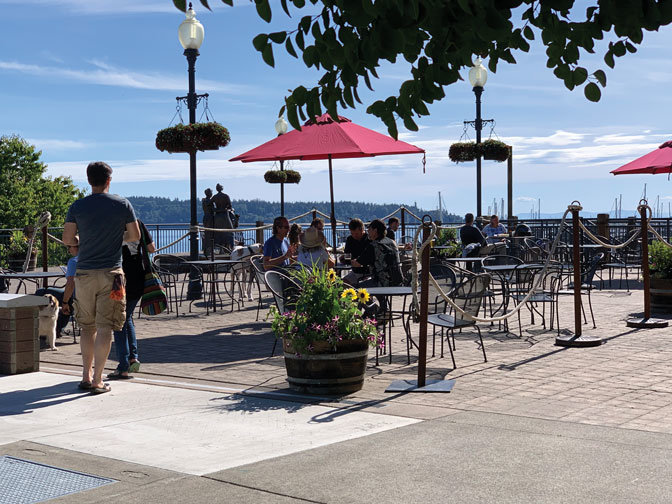 Oyster festival organizers are busy preparing for what they hope to be the city’s new pearl of an event. The first-of-its-kind celebration will fill downtown Blaine with oyster contests, cooking demonstrations, vendors, live music, family games and more from noon to 6 p.m. Saturday, October 8.

“It’s the first ever oyster festival so we hope the community comes out and supports it,” said Alex Wenger, the city of Blaine’s tourism and economic development director. “It will be a great opportunity to hear live music and celebrate.”

Wenger, Drayton Harbor Oyster Company (DHO) and Blaine Chamber of Commerce are partnering to put on the festival.

Seven Blaine restaurants will take part in oyster contests where the public and professional judges will decide which restaurants have the best tasting and best presenting oysters. Each of the participating restaurants will be selling oysters for $2 a piece, which include The Vault, Gateway 1890 Taphouse, Black Forest Steakhouse, Chada Thai, Railway Café, Monte’s Just A Bite and Wheelhouse Tavern. People who vote on their favorite oysters will be entered to win DHO gift cards, DHO co-owner Steve Seymour said. DHO donated nearly 1,000 oysters to local restaurants for the contest.

Semiahmoo Resort’s executive chef and executive sous chef will give a cooking demonstration and offer samples on G Street Plaza. DHO will have a limited menu with $2 cooked and raw oysters as well as $4 oyster stew, $5 draft beer and wine and “oys-cream.”

Oyster shucking and slurping contests will start at 4 p.m.

The historic Plover passenger ferry will offer free rides between Blaine Harbor’s gate 2 and Semiahmoo Spit that will leave on the hour. The first ride will depart Blaine at 11 a.m. and the last ride will depart Blaine at 3 p.m. The 50-minute rides will visit DHO’s oyster nursery at the end of Jorgensen Pier and DHO’s floating oyster farm in the middle of Drayton Harbor. A DHO staff member will discuss DHO’s operations and answer questions during the tour.

DHO will also have an oyster on display that Seymour says beats the Guinness World Records for the world’s largest oyster, although this hasn’t been recorded.

Family-friendly activities will take over G Street Plaza. The newly-formed Blaine Arts Council will have artists displaying maritime-themed art and help families with arts and crafts. Family games, water quality education booths and over 25 vendors will be set up at the plaza.