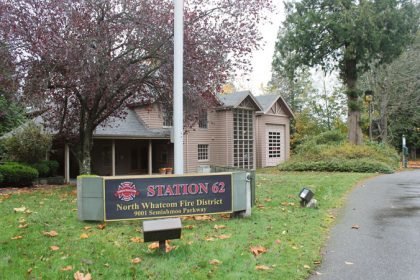 North Whatcom Fire and Rescue (NWFR) is planning public outreach following voters rejecting its proposed levy rate increase in the August and November elections, which would have funded critical needs for the growing fire district.

The levy lid lift would have increased the current rate of $1.15 per $1,000 of assessed value by 30 cents to $1.45 per $1,000 to replace outdated equipment and increase service to the levels needed in north Whatcom County. But voters rejected the levy by 53.8 percent in the August primary and then with even more opposition in the November general election, by 60.2 percent.

“We ran it twice and the citizens have spoken,” NWFR chief Jason Van der Veen said. “It’s back to planning what our future will look like.”

Van der Veen said NWFR will eventually bring a levy increase back to the table, but right now, he’s planning public outreach to better understand community needs and wants. With the fire district serving 38,000 people in 156 square miles that stretches north of Bellingham to the U.S./Canada border and runs from Birch Bay to just east of Lynden, those needs vary greatly, he said.

“The community groups are so large and encompass different areas with different needs,” he said. “Different geographic spots seem to have different expectations.”

NWFR commissioners will decide on the best route for public outreach in early 2022, which could include hiring a professional polling group, creating a citizens advisory board or hosting town halls.

In the meantime, Van der Veen said NWFR is figuring out how to maintain its current service levels while the number of calls and complexity of issues the district faces grow. Calls surged more than 72 percent between 2011 and the end of 2021, Van der Veen said.

“The firefighters are really being asked to be social workers and mental health counselors,” he said, adding he hasn’t seen the fire service change as drastically in his 26-year career as it has during Covid-19 and HB 1310.

This is in addition to fire services responding to more primary care, neighborhood disputes and code-enforcement calls to which other agencies would typically respond.

“The fire department has become the bottom of the overall community safety net and we’re not fully sure how to deal with all of these issues,” Van der Veen said.

Inflation and supply chain issues in the past year have also made supplies more expensive and caused delays in replacing equipment. NWFR budgeted $20,000 for EMS operational supplies in 2021, but ended up spending almost $34,000, which required the district to cut training money so it wouldn’t go over budget, Van der Veen said.

Without the voter-approved levy increase, NWFR will hold off replacing vehicles that are past scheduled replacement dates and defer needed building maintenance and minor equipment upgrades. NWFR would have also added personnel to shorten response times.

Van der Veen said he also worries the district’s insurance rating could drop when it’s reevaluated this summer because of aging equipment, which could lead to increased insurance rates for homeowners. The old equipment isn’t necessarily unsafe, he said, but requires a more careful eye by mechanics.

“I was disappointed. It’s hard not to take something like that personally,” he said of the rejected levy increase. “It’s hard being on the inside because you know why the levy increase needs to pass. You second guess your communication with the public, but when it comes down to it, maybe I’m the one who needs to