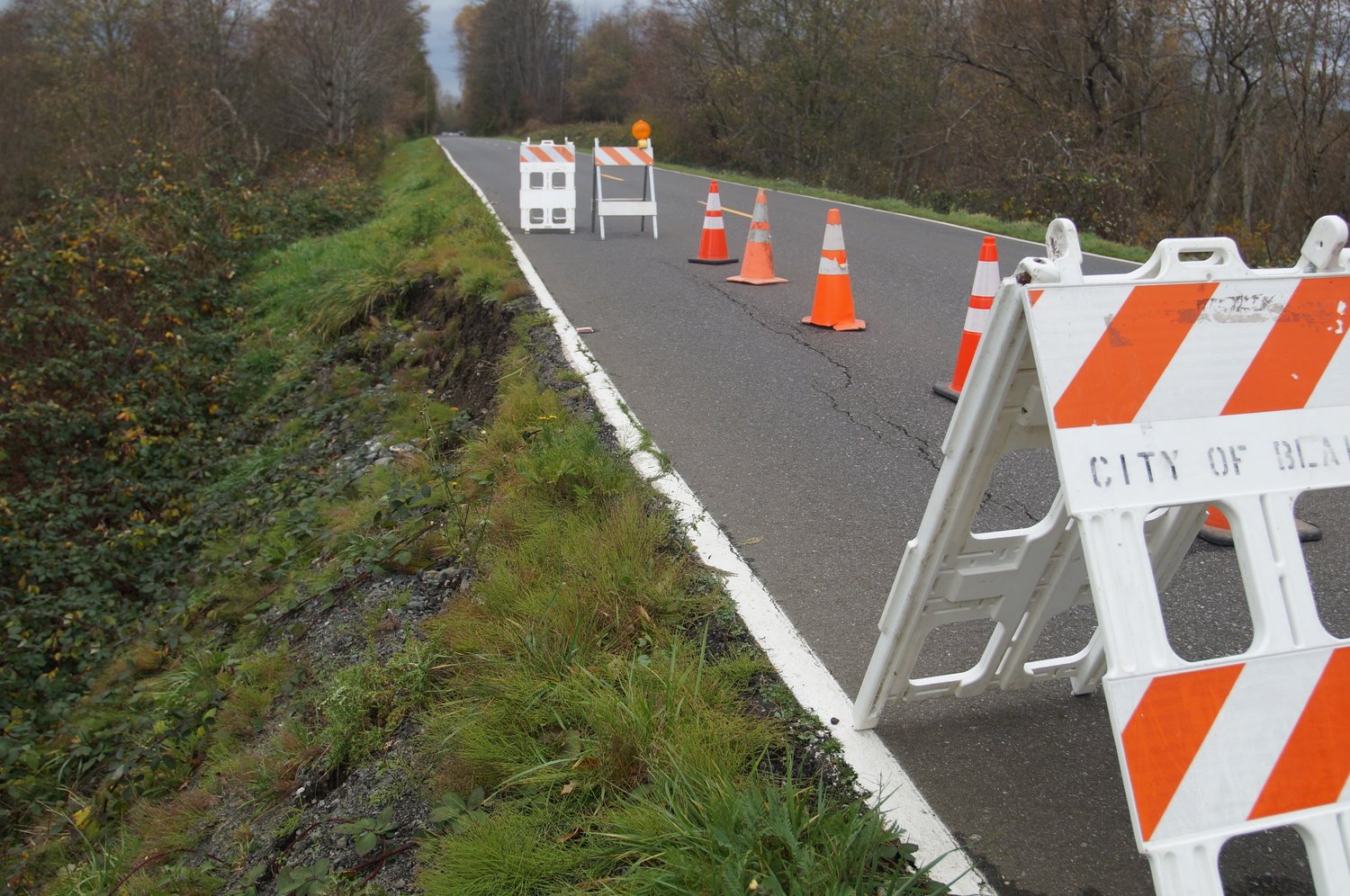 The city of Blaine public works department closed Yew Avenue between Pipeline Road and Hughes Avenue on November 22 after the side of the avenue eroded.
Photo by Grace McCarthy 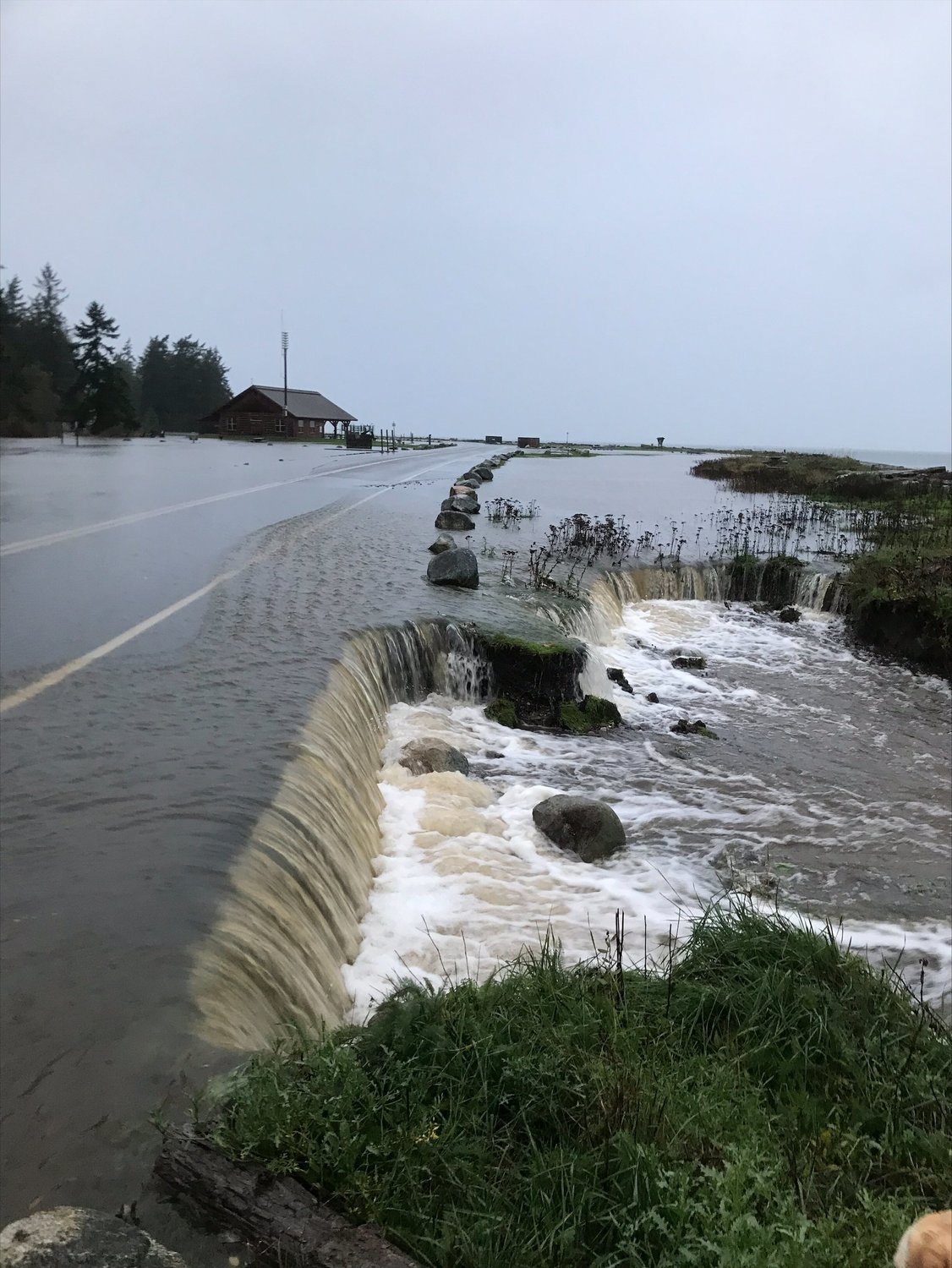 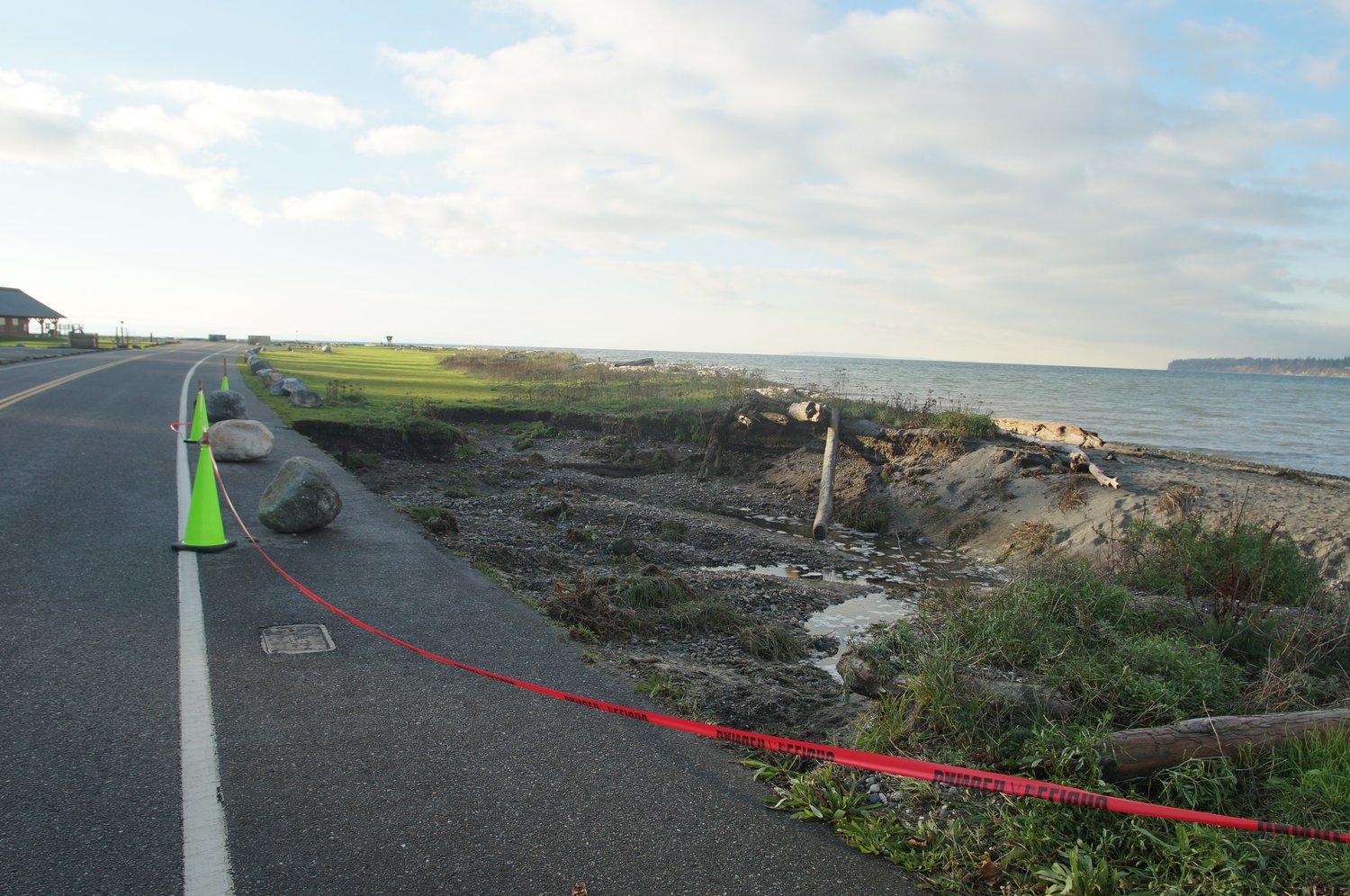 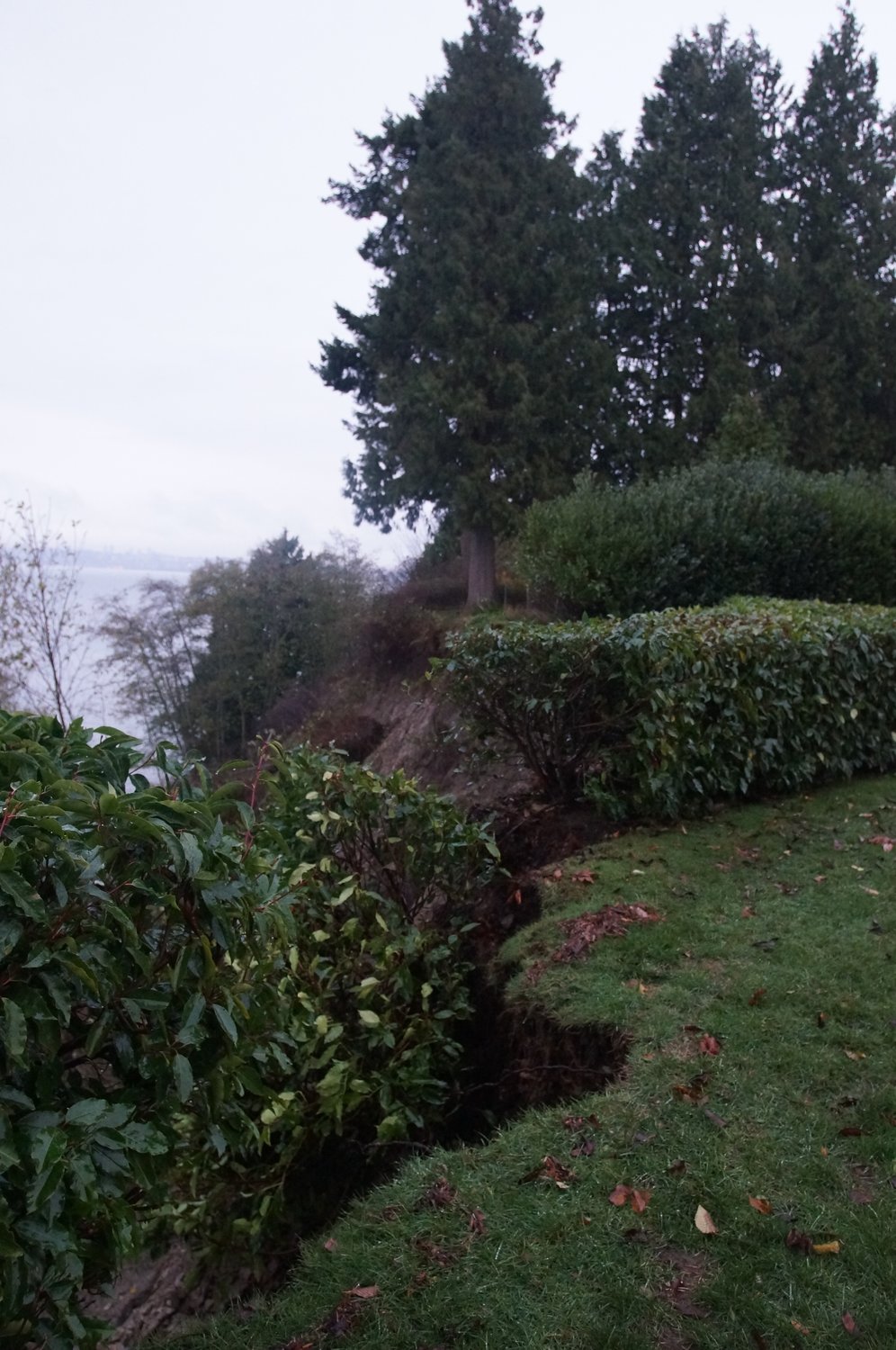 Lorri Garske, a resident in the 8600 block of Semiahmoo Drive, said she lost three feet of land behind her bushes after the November 15 flooding.
Photo by Grace McCarthy 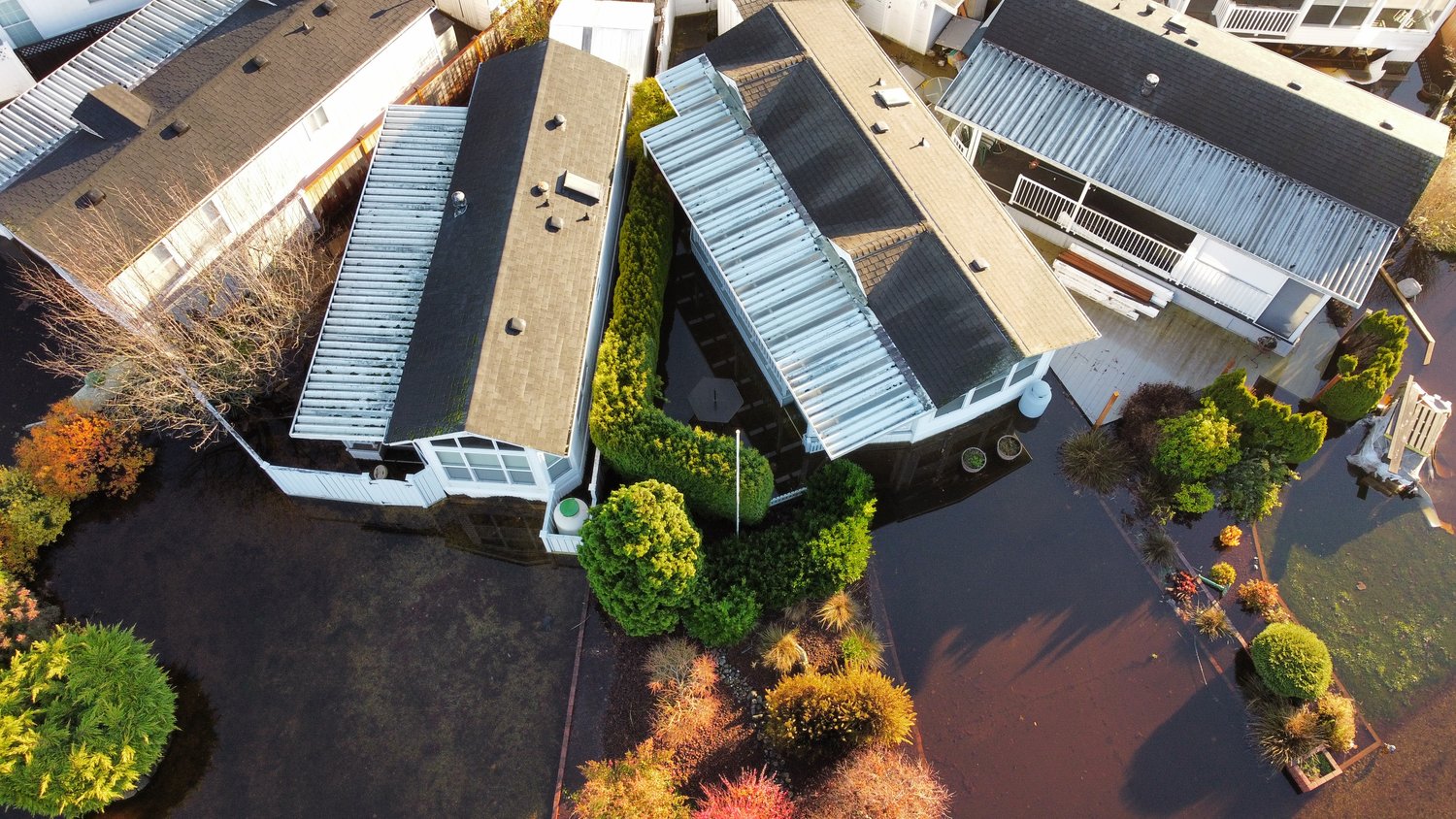