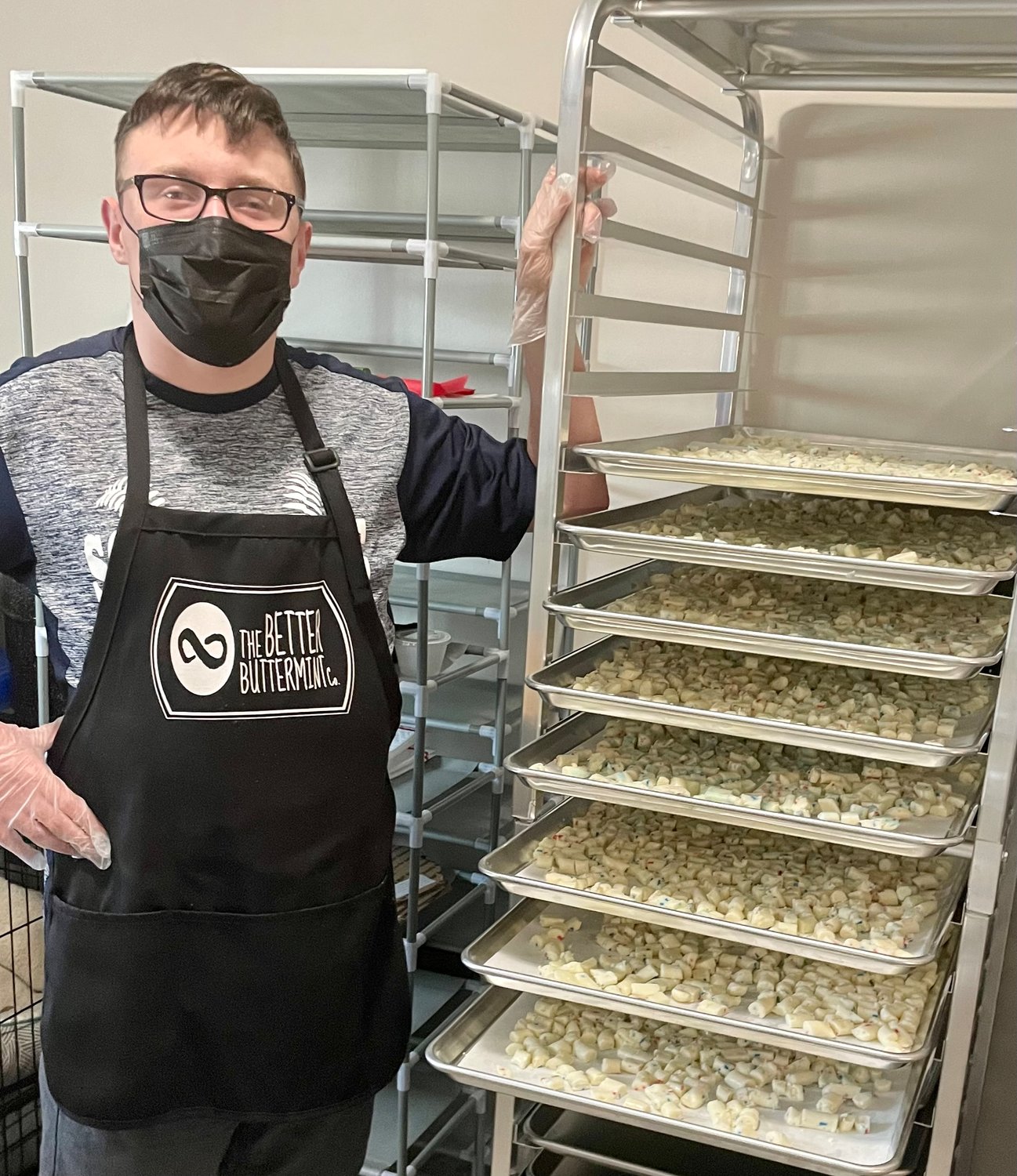 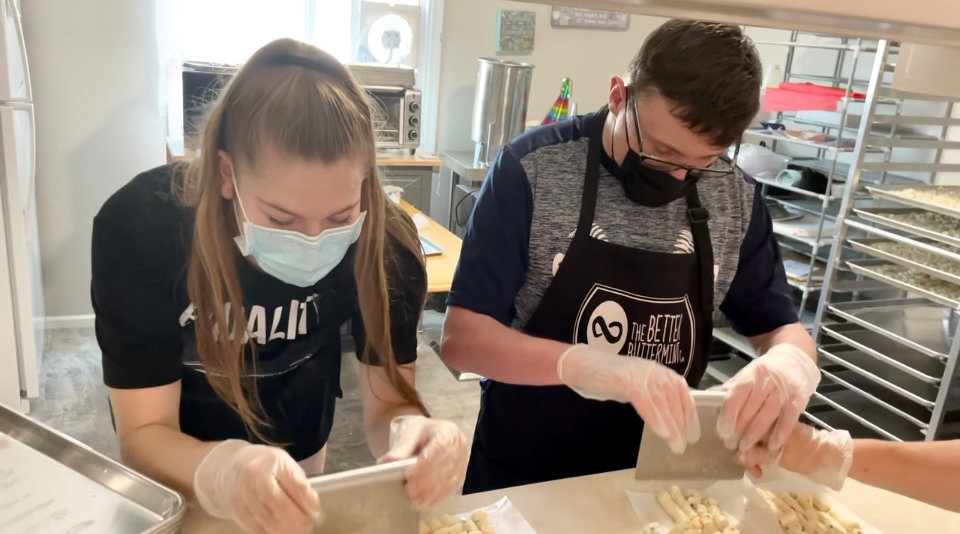 With a knack for sweets and vision to create a more inclusive community, Blaine resident Tana Reneau opened a buttermint business that employs people with intellectual and developmental disabilities.

The Better Buttermint Co. employs eight people with developmental disabilities, or “Rockstars,” who work alongside volunteers.

“We are committed to a nurturing environment,” Reneau said of the company she started in May 2021. “Beyond [giving employees] job skills, we can also give them the chance to be social, have friends and develop a sense of belonging.”

Reneau said Better Buttermint Co. was created to provide young adults with disabilities a place where they truly feel a sense of belonging that fosters their personal growth, development of meaningful relationships and builds social skills.

Reneau’s son, Ryker, is a Blaine High School junior who has an expressive language disorder. Reneau said Ryker’s motor skills and verbal skills have noticeably improved since working at the business.

At Better Buttermint Co., Rockstars make the buttermint dough, process it, package it and then deliver the sweets to local businesses. The buttermints start at $6.

The Rockstars also contribute by adding fun flavors to the buttermints that include caramel apple, peanut butter cup, peppermint mocha and pumpkin spice. The company collaborated with Laurel Lavender Farm in Ferndale to create a white chocolate lavender mint flavor.

The company operates out of a commercial kitchen at Lions Camp Horizon in Birch Bay but is seeking to expand into a property Reneau and her husband purchased in Blaine.

Reneau’s new business, coupled with her background in education, has carved the path for her to be an advocate for equitable education and social opportunities for youth in Whatcom County.

Reneau, who received her master’s degree in teaching from Washington State University, worked as a principal in her hometown of Kennewick before moving to Blaine in 2011. While operating her buttermint business, Reneau is completing her doctorate in special education at North Central University.

“We all need to link arms,” she said. “We need to see this need for the population. Just as much as I see [growth] in our kids, I also see a transformation in the people who work alongside them.”

Reneau’s business has made most of its public outreach at the local farmers’ markets. As she sells the buttermints, Reneau encounters parents of children with disabilities as well as people interested in volunteering.

Better Buttermint Co. is in the process of becoming a nonprofit, but needs to establish a board of directors and donor partners.

“We’ve met families at a loss for how to make their kids’ lives purposeful,” Reneau said. “Because the process [of making buttermints] is simple, it is therapeutic for motor and communication skills.”