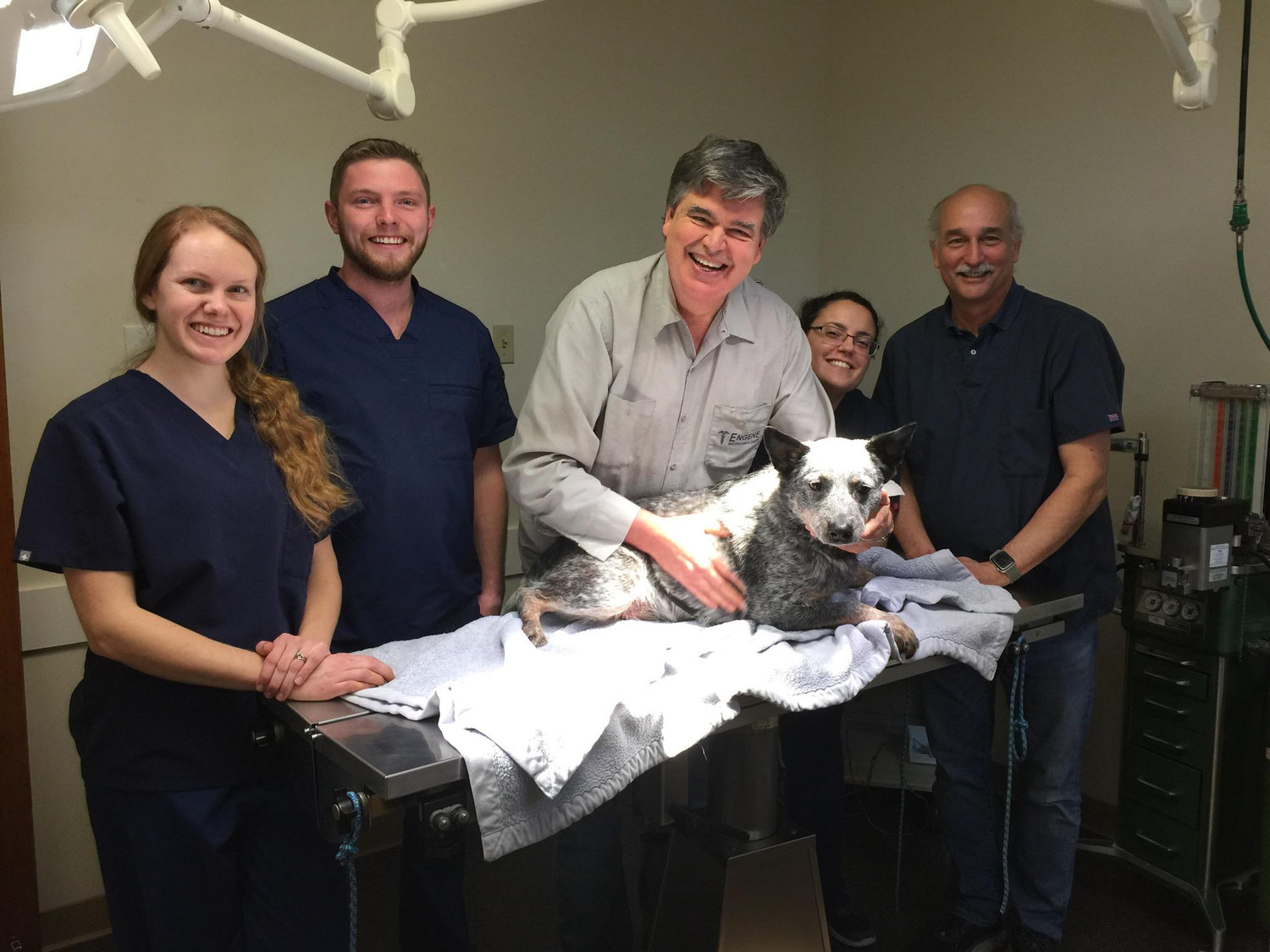 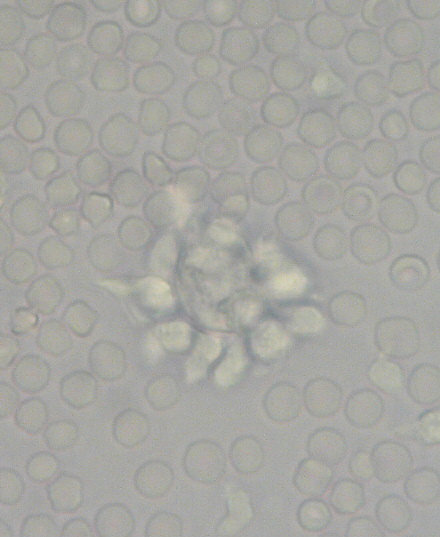 When Jackie Craig got her dog Wiley from a ranch when he was eight weeks old, she expected him to have a long, healthy life. That’s because he’s a Blue Heeler, a type of Australian Cattle Dog known for its long, healthy lifespan and lack of predisposed conditions. Wiley quickly became a beloved figure at The Hair Shop on Martin Street in Blaine where Craig works. “He’s the barbershop dog,” she said. “Everybody knows him.”

So it came as a shock when Wiley, at the age of seven and a half, was diagnosed with lymphoma in August last year. Craig first noticed that Wiley was gaining weight and would start coughing when he drank. She took him in for an appointment at Bellingham Veterinary, where Dr. Edmund Sullivan performed blood work and diagnosed Wiley with B-cell lymphoma, a type of blood cancer. It is also known in people as non-Hodgkin’s lymphoma. “It turns out the lymph nodes in his neck were extremely enlarged,” Craig said. “He was in very sorry shape, and they said he would’ve died within two weeks.”

Although she didn’t have pet insurance – “My biggest mistake,” Craig said – she decided to pay for chemotherapy for Wiley. “I did not think he was going to make it,” she said. “I just wanted to prolong his life. It was agonizing trying to decide whether to put my dog to sleep.”

At first, Dr. Sullivan performed chemotherapy on Wiley once a week. Unfortunately, it wasn’t working well. “Wiley had a very poor response to standard chemotherapy,” said Dr. Sullivan. “On the standard therapy, he didn’t get into any kind of remission at all. He quickly would relapse.”

That’s when Dr. Sullivan decided to try a new approach being developed around the country. Through a separate Bellingham company named Aurelius Biotherapeutics, of which his wife Dr. Theresa Westfall is the CEO, Dr. Sullivan has been working for years in conjunction with the Fred Hutchinson Cancer Research Center in Seattle, as an off-campus research partner. “We have developed therapies for dogs as patients through that relationship,” said Dr. Sullivan. One of those therapies is known as adoptive T-cell therapy. It is a therapy that is also used on some human patients, and Dr. Sullivan decided to try it on Wiley.

“Basically, it is a method where we first take blood out of the dog,” explained Dr. Kevin Steele, Dr. Sullivan’s Blaine-based lab researcher. “We take anti-tumor T-cells away from the influence of the tumor. The T-cells, the anti-cancer cells, they are in culture now. We give them dead tumor to attack. They expand and get very anti-tumor. All of this is happening in culture. Then we inject them back into the dog.”

Dr. Steele said that adoptive T-cell therapy is typically used in conjunction with standard chemotherapy. First, the chemotherapy kills off rapidly dividing tumor cells, and then the T-cells, after being “jazzed up” in the laboratory, are injected to “hunt down” any surviving cancer cells. The first time Dr. Steele and Dr. Sullivan tried the technique was in 2016, and since then, they have treated about a hundred dogs together. They have conditional USDA approval to provide the treatment, and they are currently working on overcoming additional levels of regulatory hurdles to expand their facility.

“With standard therapy, we don’t have any cures,” said Dr. Sullivan. “So none of them survive. This immunotherapy, meanwhile, has resulted in a fair percentage of dogs living for long periods of time, and some of them being cured,” which he defines as being cancer-free for longer than two years after a diagnosis. Some dogs he has treated have gone as long as four and a half years (and counting) without relapsing. “We believe there’s something to this.”

The experimental treatment was performed at no cost to Craig. The doctors grew T-cells for Wiley and then gave him an additional dose of standard therapy followed by two infusions of the T-cells. Wiley went into remission and has gone without additional chemotherapy for several months now. “Just last week, we did an analysis and he was free of disease – there was no detectable disease,” said Dr. Sullivan. “We will generate another batch of T-cells for him to see if we can extend his remission even longer. There’s a chance he may be cured – we don’t know that until he’s gone two years since his diagnosis – but we’re already six months in. We’re a quarter of the way there.”

During the entire process, Craig said that Wiley’s suffering was minimal, and that he didn’t lose hair. “Now he’s got the puppy bounce,” said Craig. “He was pretty sick when he was going through chemo. I could only get him to eat steak. Now he’s eating completely normal and he’s right back to his old self, playing with other dogs.”

Craig said that with so many dogs getting cancer, these treatments have come a long way and are worth it. “It gives other people with dogs hope,” she said.