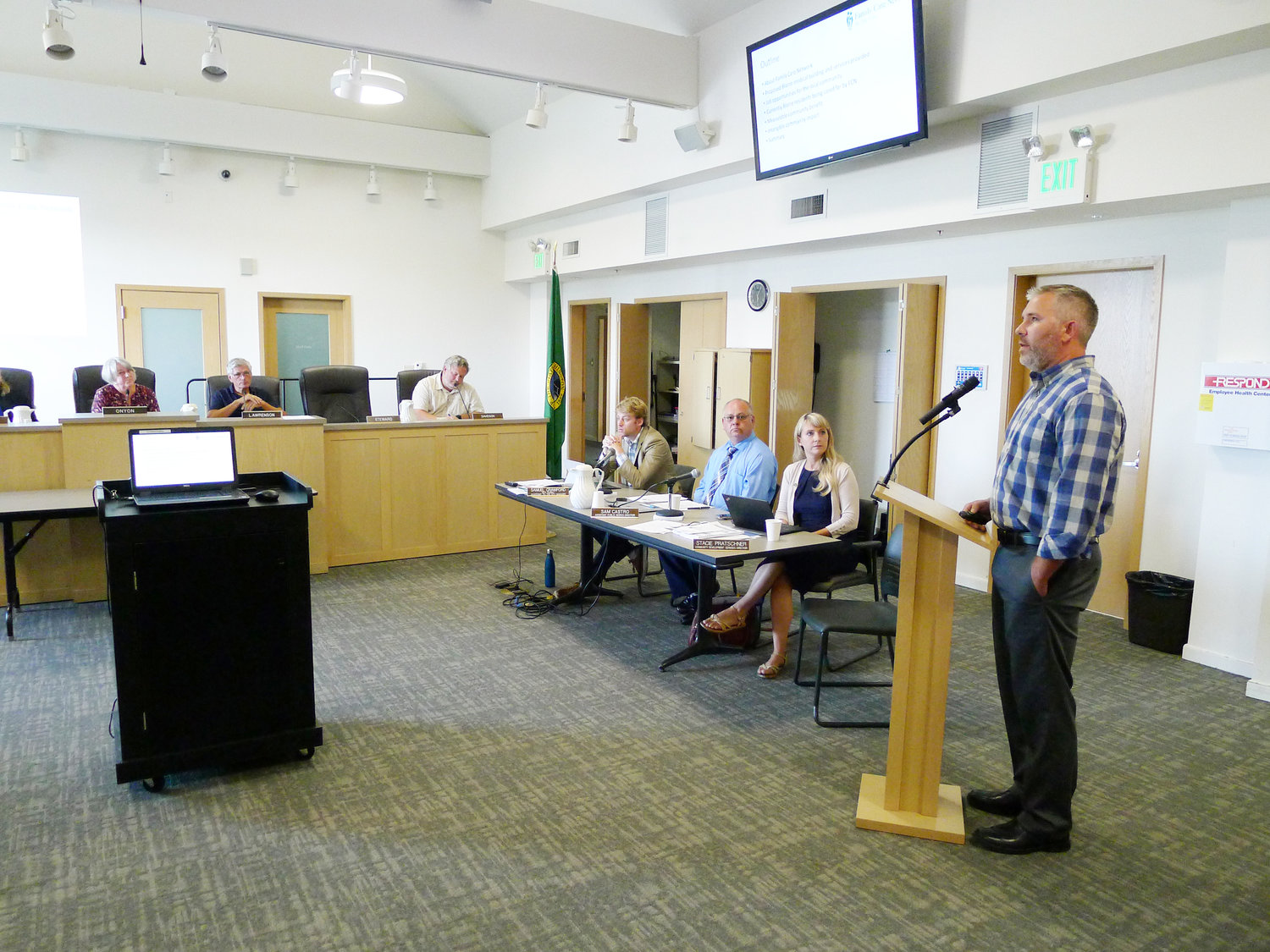 The president of Family Care Network (FCN) delivered a presentation to Blaine city council at its August 12 meeting, revealing further details of a proposal to build a new medical center in Blaine.

FCN president Dr. Rodney Anderson said that his healthcare organization anticipates investing $2.5 to $3.5 million into the project, which would feature a new 8,000- to 10,000-square-foot medical office building on the Gateway parcel, formerly the site of the Blaine Municipal Airport.

In May, FCN signed a non-binding letter of intent, which was then amended and signed by the city of Blaine. The two sides are now in negotiations regarding the price of a 2.5-acre plot of land that the city anticipates selling or leasing to FCN. The building would be located on the west side of the purchased parcel, adjacent to the truck route between Boblett Street to the south and H Street to the north. Access to the facility would be off Grant Avenue to the east.

According to Dr. Anderson, services would include outpatient family medicine provided by five to eight providers, operated on weekdays during normal business hours. The clinic would have the capacity to serve more than 10,000 patients. In the past three years, FCN has provided care to more than 8,000 patients who have listed a Blaine zip code as their primary mailing address, at its other Whatcom County facilities.

In addition to outpatient services, there would be an urgent care center open to FCN and non-FCN patients, open from 1 to 9 p.m. during the week and from 9 a.m. to 5 p.m. on Saturdays and Sundays. There would also be a lab draw station, as well as an on-site X-ray facility, possibly including mammography.

Overall, the project would employ 30 to 50 people, including seven to 10 providers, 12 to 15 clinical assistants, 10 to 12 front desk staff and two to three managers. The providers would include physicians, physician assistants and nurse practitioners. FCN’s total compensation costs for the new Blaine site would be roughly $2,700,000 per year.

Councilmembers asked Dr. Anderson why FCN is interested in this piece of land in particular. “We like the location,” he responded, adding that it is an accessible location and that FCN is open to other sites in Blaine if this deal doesn’t go through.

Dr. Anderson was also asked about whether the new facility would provide services in relation to behavioral and mental health. He noted that FCN has introduced a behavioral health pilot program at some of its facilities, and that the organization is committed to greater mental health access in all of its clinics. “Our vision is to continue to expand that,” he said.