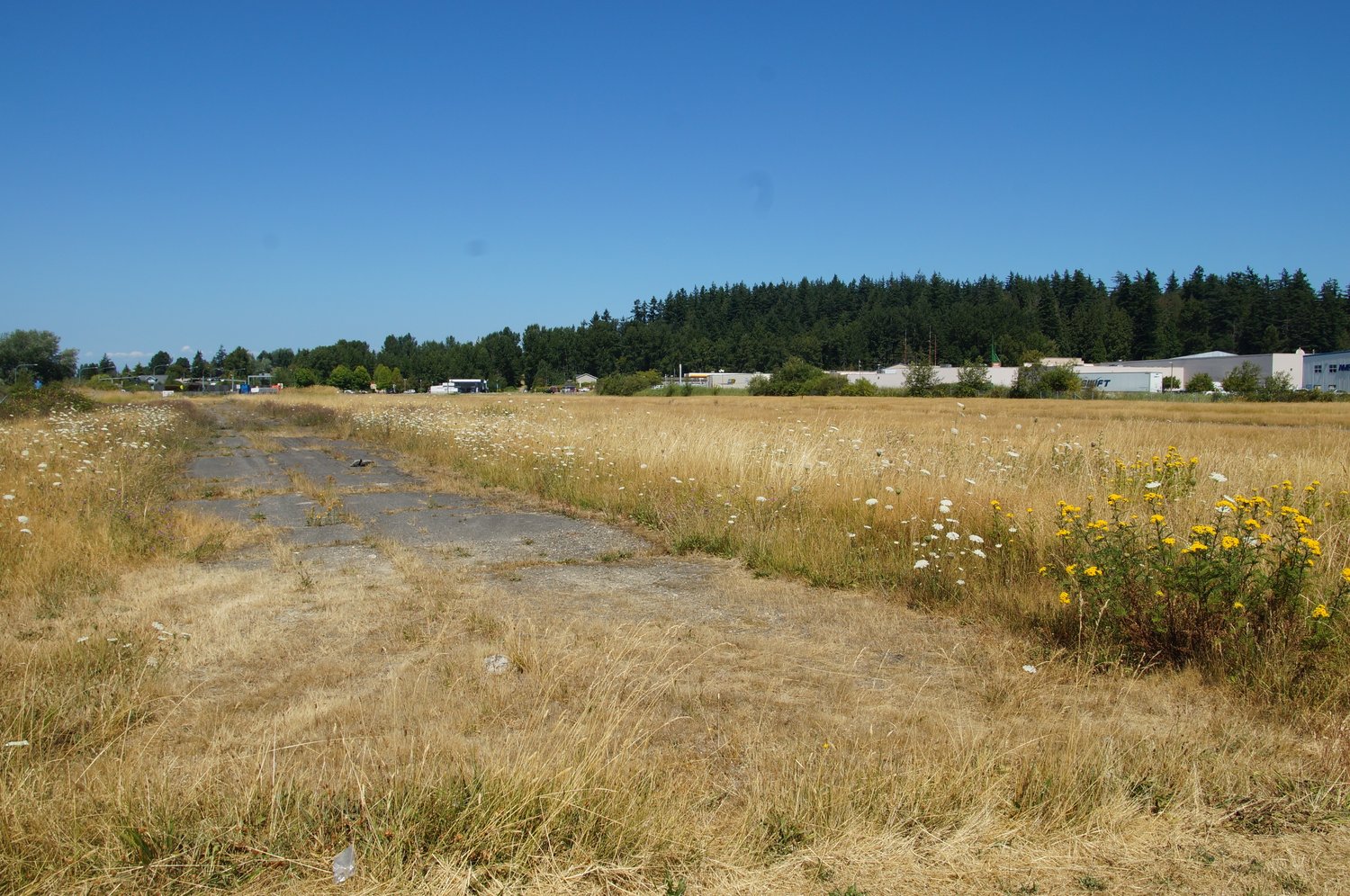 The future Family Care Network facility is expected to be built between SR-543 and Grant Avenue in the Gateway parcel.
Photo by Grace McCarthy
Posted Wednesday, August 3, 2022 2:31 pm
By Grace McCarthy

While not much headway has seemingly been made on the Family Care Network (FCN) clinic in Blaine over the past year, company CEO and president Dr. Rodney Anderson said the healthcare provider is still committed to seeing the clinic through.

“The work is ongoing,” Anderson said. “We hope to have something opening in 2023, but there’s a lot of variables and factors that come into play.”

FCN showed interest in building a healthcare clinic on the city’s old airport property in 2019. After several delays from the pandemic, FCN purchased a 2.5-acre parcel for about $340,000 in June 2021. The primary care clinic is slated to fill the healthcare vacancy left when Blaine’s previous clinic closed in April 2020.

FCN is working with a contractor and banker to keep the project moving, Anderson said. The company had gone through requests for proposals, had a work plan in place and was a few months from breaking ground before the pandemic shutdowns started in March 2020.

Anderson said he wants the Blaine facility built but cited problems due to the pandemic  as the reason why the facility hadn’t been constructed yet. Such hardships include staffing issues, company finances and what Anderson roughly estimates to be a 50 percent increase in construction costs.

“If not for the pandemic, we would be open and seeing patients right now,” he said.

FCN will determine a construction timeline that financially works for the company in the next few months, Rodney said. The clinic is still planning on having a handful of primary care doctors but questions remain about urgent care, X-ray and other previously considered services as construction costs grow.

“We’re still committed to the vision and plan,” Anderson said. He later added, “What additional services that would be included is not entirely clear to me.”

Anderson said he was in contact with previous city manager Michael Jones a handful of times in the past year. He said it’s helpful that White-Leasure Development Company is working on bringing utilities to its neighboring Taco Bell and McDonald’s restaurants but said that alone wouldn’t hasten FCN’s timeline.

“We’re excited to get going there as quickly as we reasonably can,” he said. “I feel bad the delays have happened but if the pandemic didn’t happen, we would have the clinic open.”

“It’s a very high priority for the community. I think most people valued the physicians who were here before and want to have Family Care Network provide a new facility with doctors,” Wilbrecht said. “We’re looking forward to their continued progress and opening up their doors to services.”

FCN owns 12 locations in Whatcom County and three in Skagit County, according to its website.