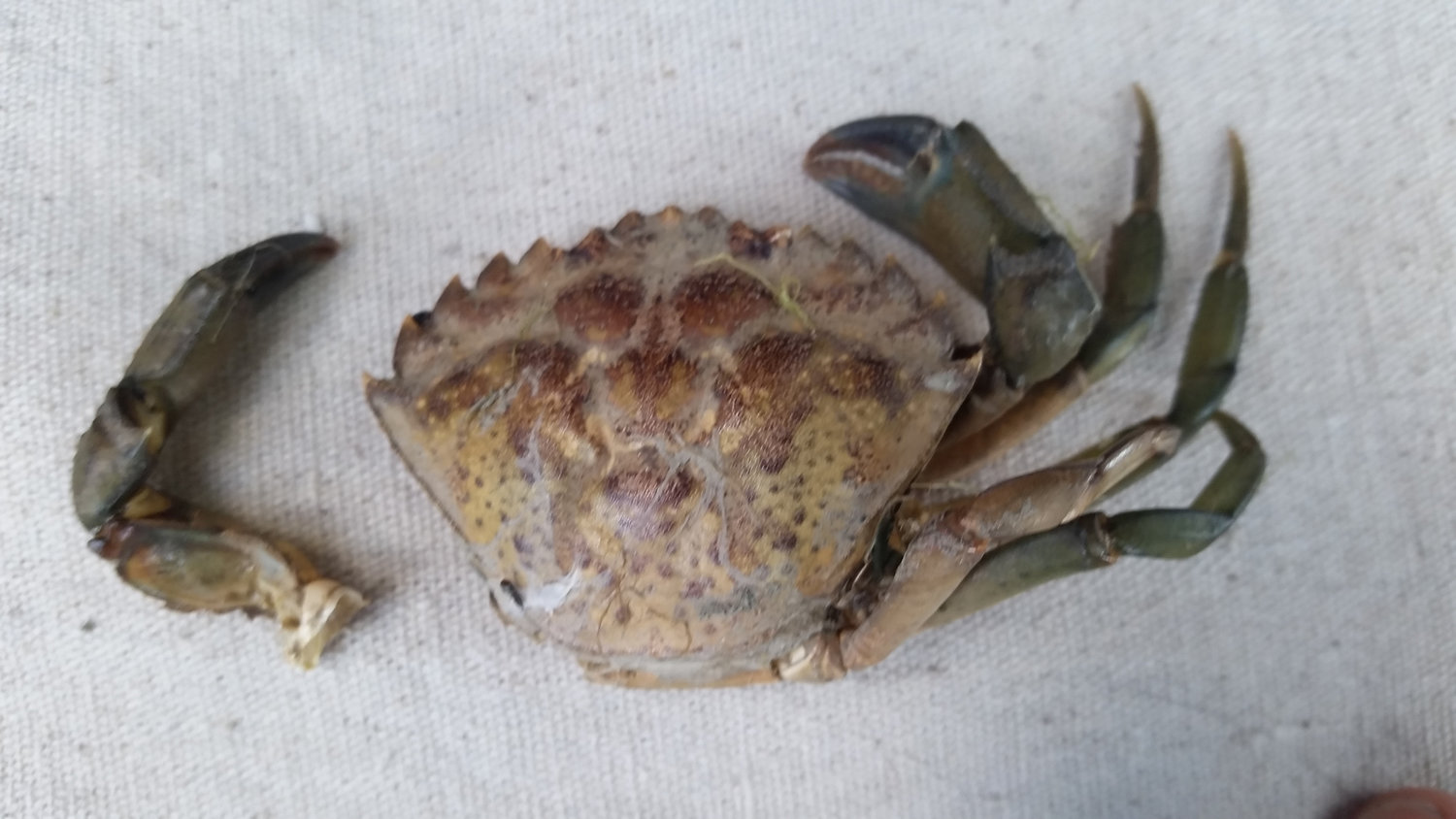 The first traps this season for the invasive European green crab, detected in Drayton Harbor last August, were set in late May by the Washington Department of Fish and Wildlife (WDFW).

The 150 traps set on May 26 around Drayton Harbor have already caught about 50 green crabs, said Emily Grason, a marine ecologist with Washington Sea Grant marine research program at the University of Washington.

“The trapping this year is roughly in line with what I would expect from what we saw from trapping last year,” she said.

Scientists are concerned that the green crab’s appetite for native species like the Dungeness crab, oysters and clams could harm native ecosystems in the Pacific Northwest if they are not controlled.

The northeast corner of Drayton Harbor, where crabs were found last year, was labeled a hotspot after 21 green crabs were caught in the first night of trapping this season, said Chelsey Buffington, the WDFW Drayton Harbor trapping team supervisor.

“Our goal is to reduce population numbers to manageable levels,” Buffington said. “We hope to learn more of the biology of [green crabs] and how these management trapping efforts can be utilized in a more productive way to remove as many invasive crabs from the system as
possible.”

Drayton Harbor is too premature in the invasion stage to know if the area could eventually be rid of the crabs, Buffington said, adding that an increase in trapping efforts will be needed to understand when the level of crabs becomes unmanageable.

A consistent management effort is necessary to control the crab population but the level of effort depends on how rigorously the invasion is first monitored, said Buffington, whose team has four core monitoring sites near Drayton Harbor.

“The sooner you can get to a place and reduce the numbers, the less money is going to go into a project in the long run and the more manageable it will be,” she said.

Scientists are working to avoid the environmental impact seen by the green crabs in Maine, where the soft-shell clam industry has been threatened by the invasive species.

“With inland waters, Drayton Harbor is probably the most concerning site in terms of density,” Grason said.

However, Grason said she is concerned that green crabs on the Washington coast could be much more prevalent than any inland waters, including Drayton Harbor, based on trapping information collected by the Makah Tribe and shellfish
growers.

Grason said her team is also working to better understand the impact of green crabs across the U.S./Canada border in Boundary Bay. Enough green crabs have been found in the area to raise concerns on the impact in Canada, she said, but Covid-19 physical distancing and travel restrictions have impeded management across the border.

“We’re hoping this early stage management will reduce numbers to manageable levels and we won’t get out of hand,” Buffington said.