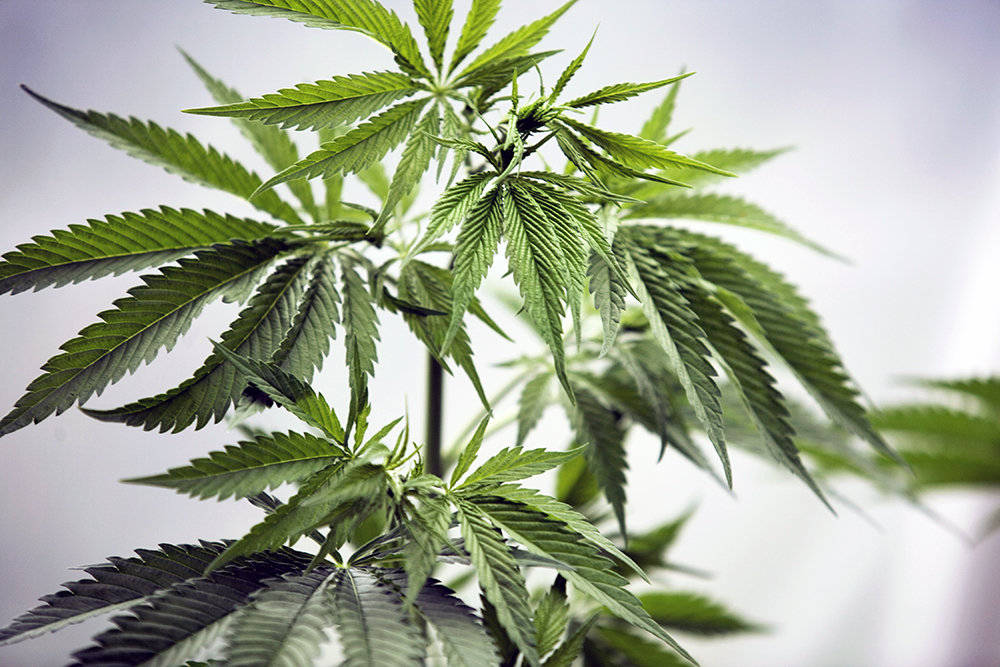 Whatcom County resident Mark Ambler works on his small cannabis farm named after his first-born daughter seven days a week. Ambler, his wife and two daughters live off the $25,000 he makes a year from growing and selling cannabis.

With plans to expand Breeze Trees outdoors, Ambler hoped Whatcom County Council would think twice before implementing a moratorium restricting outdoor cannabis growing. “This ban would keep me and my daughters from expanding our poverty level income business,” Ambler said during the public hearing portion of the April 6 regular council meeting.

But Ambler and his daughters will have to wait.

Ambler and other growers hoping to expand their businesses will have to wait at least six months while the county’s planning commission sorts out zoning codes set in 2015.

In a regular meeting April 6, county council voted 6-1, with councilmember Ben Elenbaas opposed, to place a six-month ban on accepting new applications or changes to current outdoor marijuana-growing operations. This action comes after complaints from rural residents who live near grow farms have complained about the light pollution, smell and noise these operations can create.

The moratorium will prevent any current growers from expanding their operations and anyone wishing to start growing cannabis outdoors from obtaining a permit. The county planning commission will use the six months to rewrite the county zoning codes to account for such issues brought forward by residents.

Elenbaas, who has a neighbor who runs a grow farm, has opposed the ordinance since it was introduced March 18. “I’m just not interested in putting more regulation on an already incredibly regulated farming endeavor,” he said in a March 18 committee of the whole meeting.

In the public hearing portion of the April 6 meeting, many opposed to the moratorium discussed how cannabis-growing operations are no different than any other agricultural operations, which it is categorized under in county code. They said many of the complaints targeted toward cannabis growing, like odor and water usage, are present in other agricultural industries.

Those who support the moratorium said cannabis growing should not be considered an agriculture operation but an industrial operation as it is categorized by the state. Under Washington state law, the term “agricultural product” does not include marijuana, usable marijuana or marijuana-infused products.

Washington voters made recreational marijuana legal for individuals 21 and over by approving Initiative 502 in 2012.

In 2014, a state attorney general said the initiative does not preempt counties from banning or placing additional regulatory requirements on cannabis-related businesses, according to the ordinance.

Whatcom County then adopted an ordinance in 2015 that created the current zoning regulations to treat cannabis similar to other agricultural products. The 2015 ordinance allows for the production and processing of cannabis in rural, rural forestry and agriculture zone districts bearing any stated use standards, including odor controls, lighting, traffic and parking control measures.

But the moratorium is suspending the granting of licensing for all outdoor growing operations no matter the zoning area.

Many speakers who support the moratorium reminded council that those who support it are not opposed to the use and growing of recreational cannabis products but believe the county needs stricter zoning measures.

Rainbow Medicine-Walker from Kendall said they represented over 40 people who supported the moratorium. “It is not our intention to harm the cannabis industry, only to reconsider how and where it is appropriate to place these operations,” Walker said.

With 30 grow farms already in unincorporated parts of the county, Walker expressed fear of large industrial-scale growing operations moving into the county due to the current zoning codes and the enforcement of those codes. Walker said the moratorium and planning commission’s adjustments could prevent these industries from pushing out local, small-scale growers.

Other speakers who supported the moratorium also mentioned the likelihood of large-scale operations seeing Whatcom County as an opportune growing location due to its weak zoning codes.

When asked by councilmember Kathy Kershner what the commission will use the moratorium to accomplish, Amy Keenan, senior planner for the planning commission, said they would look at ways to reduce light pollution, control odor and increase buffering standards between neighboring properties.

“This was pretty new to the county, seven years ago when we went through this process,” she said.

Councilmember Rud Browne called out the marijuana industry to solve this problem. “Find a way to regulate yourselves because we don’t particularly want to; but if you won’t, we will,” he said. “We have no choice.”

Councilmember Tyler Bird said while the moratorium might be temporarily slowing down cannabis growers’ expansion of their business it will ultimately help growers’ neighbors be in more support of these businesses.

Kershner also asked the planning representative whether she thought the necessary revisions could be completed in six months.

“It’s definitely already in the process,” she said. “We know it needs to be looked at.”

The council will consider a revised ordinance in two weeks that will have more of an “overarching ban,” placing a temporary hold on licensing for all cannabis growing.

This article has been updated to correct the spelling of  Rainbow Medicine-Walker.  We regret the error.