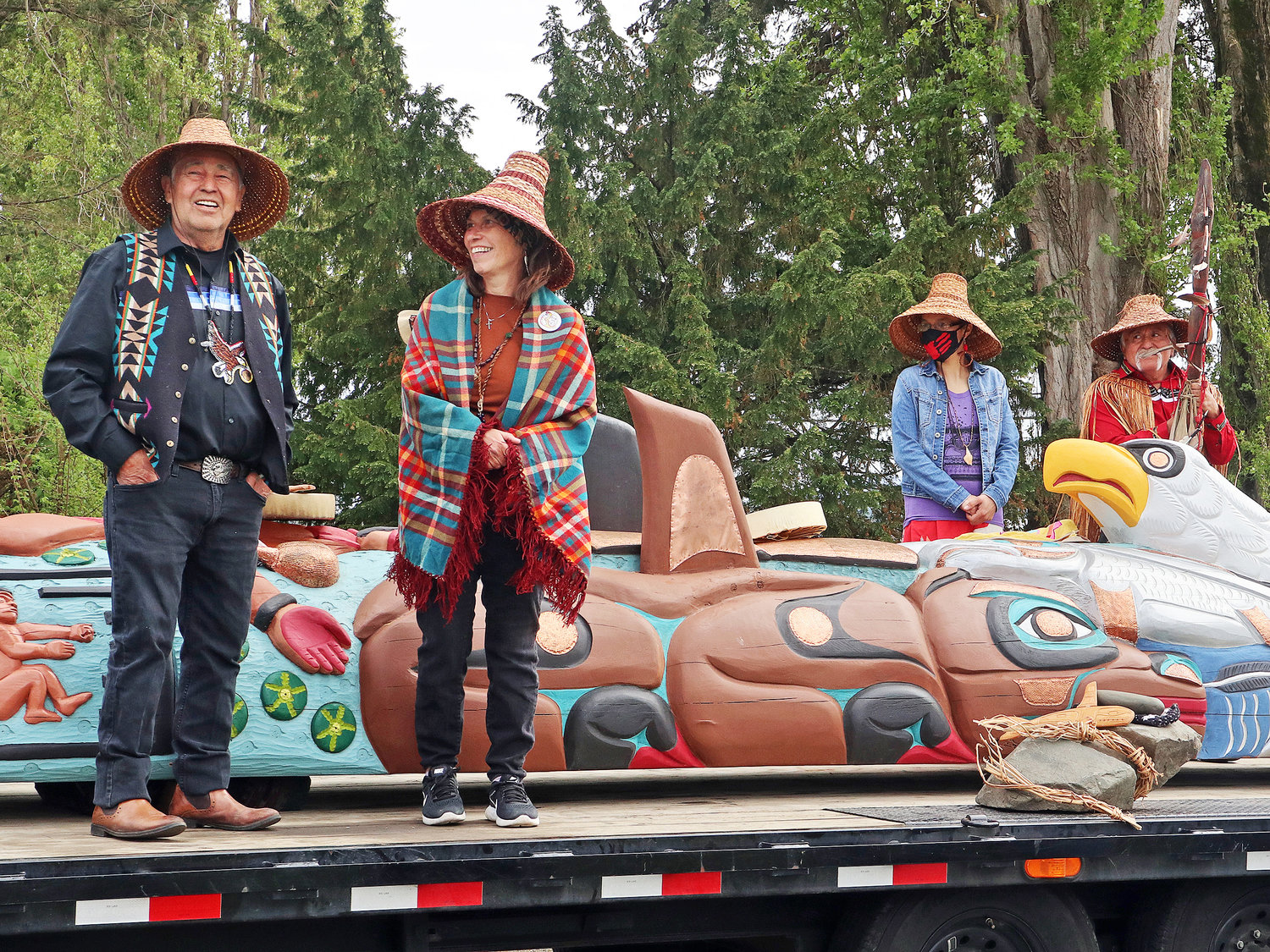 From l.; Douglas James, Siam’el wit, Heather Misanes and Jewell James are members of the Lummi Nation who helped carve and paint a totem pole to be presented to President Joe Biden later this summer. The group arrived in Birch Bay on May 8, one of many stops they will make while taking the totem pole on their Red Road to D.C. journey.
Photo by Chuck Kinzer/CKimageart.com 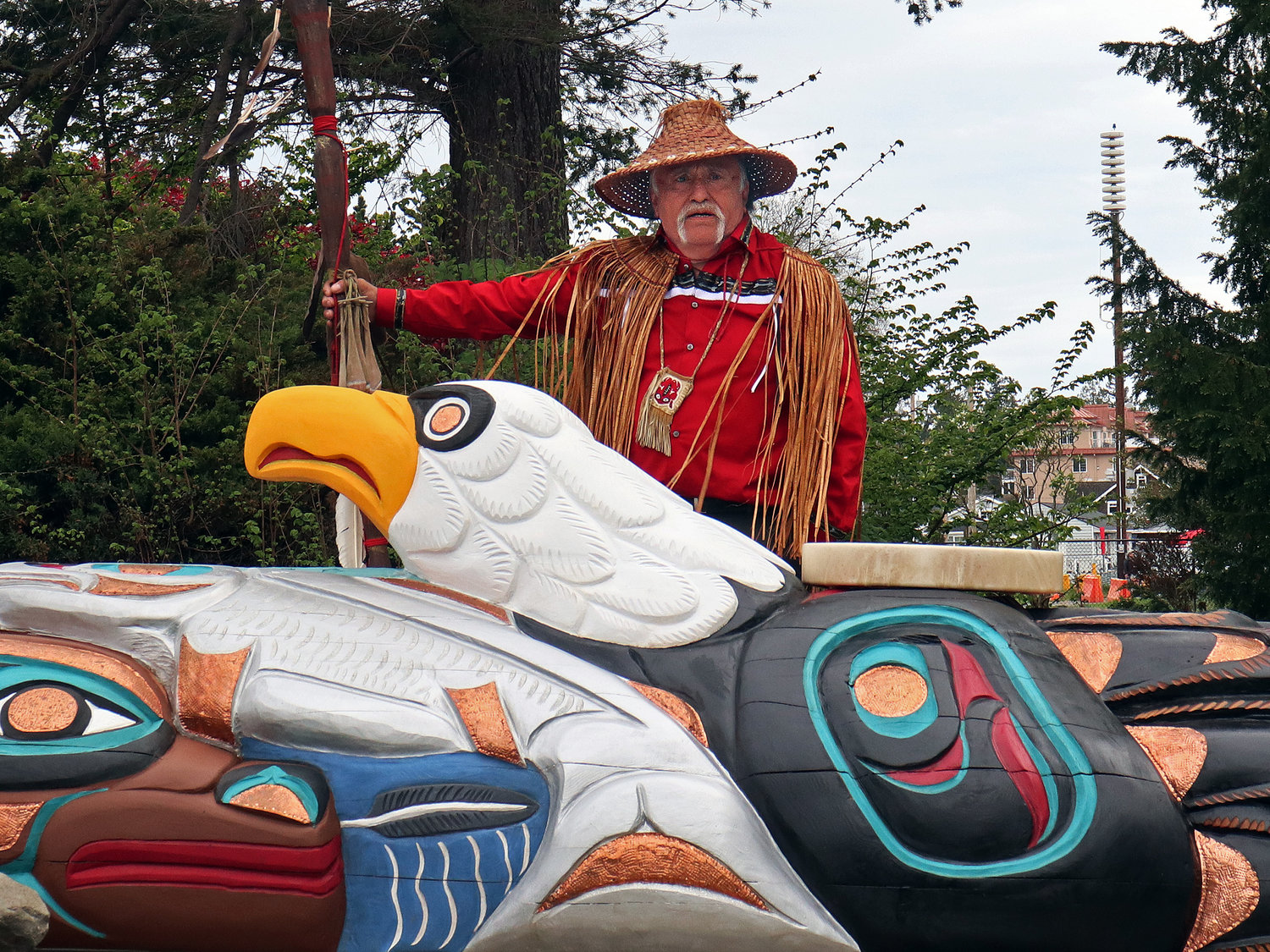 Jewell James presents the totem pole at the site of the future Birch Bay Vogt Community Library on May 8.
Photo by Chuck Kinzer/CKimageart.com 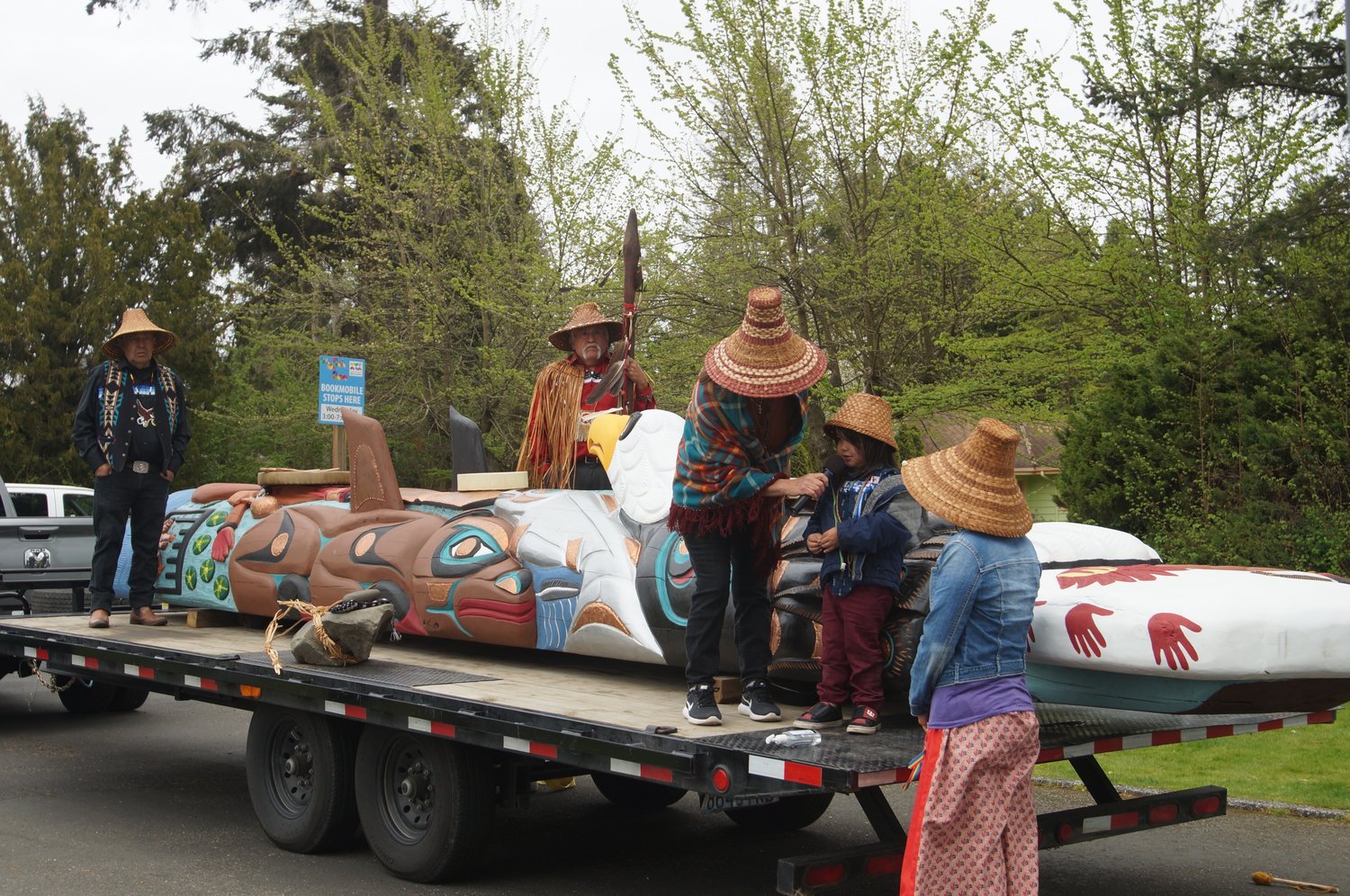 Four-year-old Kayden Norgueria sings to call on the orcas.
Photo by Grace McCarthy 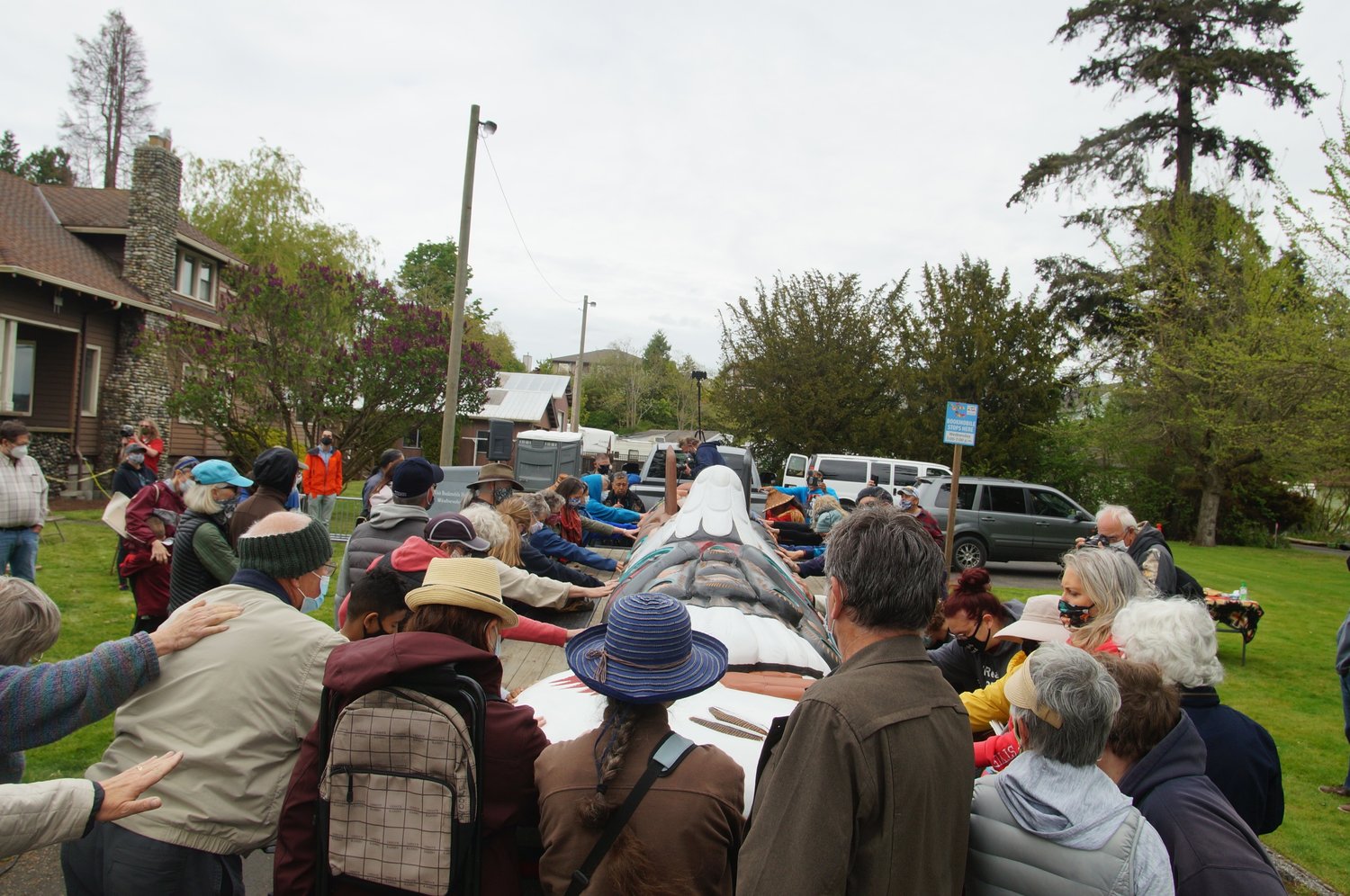 Attendees place their hands on the totem pole as the carvers sang the last song of the event.
Photo by Grace McCarthy
Previous Next
Posted Wednesday, May 12, 2021 4:59 pm

Dozens of people gathered at the future site of the Birch Bay Vogt Community Library May 8 to learn about a 24-foot totem pole Lummi Nation members will travel with across the U.S. to raise awareness to land and water protection.

The Lummi Nation House of Tears Carvers is made up of carvers and painters who will take the totem pole on a journey called “the Red Road to D.C.,” which will culminate with the totem pole being presented to President Joe Biden.

“The pole is not what is sacred,” Douglas Jewell said during the event. “It’s you and you and you. When you come together you create the sacred moment.”

During the event, the carvers spoke about their upcoming cross-country tour and explained the art on the totem pole.

The cedar totem pole depicts images such as the moon, a divine eagle to represent leadership, a Chinook salmon to bring urgency to disappearing salmon in the Pacific Northwest and red hands to represent murdered and missing Indigenous women.

In part, according to their website, the group is doing the journey now because of the new federal administration, which includes Deb Haaland, the first Native American to serve as U.S. Secretary of the Interior.

“Now is the time to implement policies to protect, restore, and renew sacred places, lands and waterways; and redefine the principles that shape land and water regulation and management in the United States on the basis of tribal sovereignty and Nation to Nation relations,” according to the Red Road to D.C.’s website.

The Birch Bay stop was one of many in the group’s Pacific Northwest tour that started in April and will go until the end of May. Other stops have included the San Juan Islands and Ferndale. The group will then leave the Lummi Nation in mid-July and travel to Washington, D.C. by the end of that month, passing through areas like Bears Ears, Utah and Standing Rock, North Dakota on the way.

The Birch Bay Chamber of Commerce and Whatcom County Library System hosted the event. Alicia Rule, a state representative for the 42nd legislative district, was also in attendance.