To the residents of Birch Bay, Blaine and Whatcom County 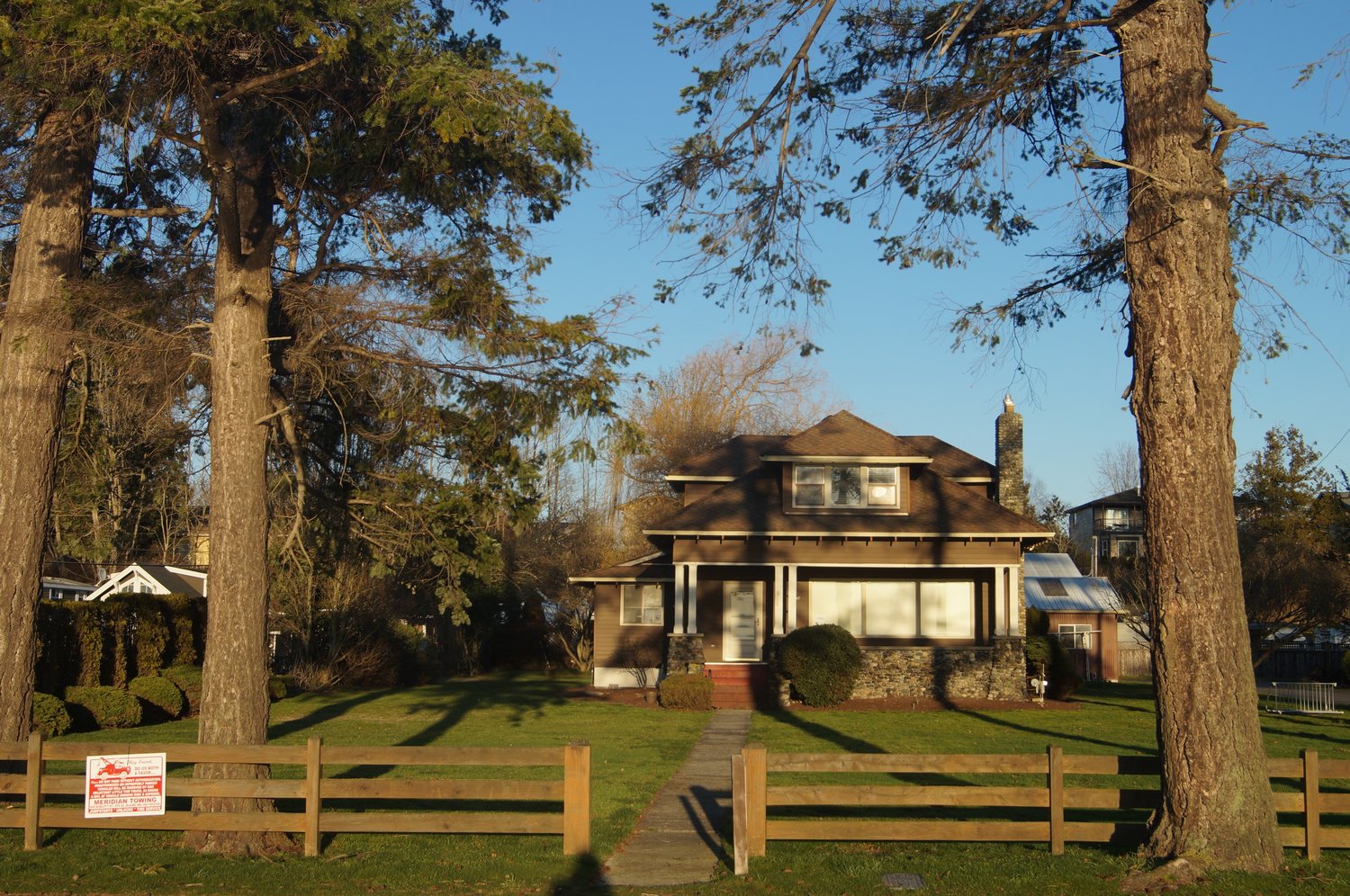 We are so saddened to have learned recently that Whatcom County Library System (WCLS) decided not to use the original homestead at 7968 Birch Bay Drive for the Birch Bay library branch, and instead has plans to sell the historic structure and have it hauled away. It is unclear what the library will do if they can’t sell the home, but it seems like their only option would then be to tear it down.

Our family has lived here ever since my great-grandfather, Charles Vogt, moved from Germany and put down his stake in Birch Bay. Charles’ son, Grover, and his wife, Anna, (my grandparents) built their dream home at 7968 Birch Bay Drive in 1912. It’s one of the first homesteads in Birch Bay, built in the craftsman style, and our family worked hard to protect it for more than 100 years. My wife, Cindy Lou, and I were blessed to be able to live in and take care of the home for many years, and it holds many memories of my grandparents, my mother and father Robert and Anne Vogt, and my brothers, Terry and Larry (all of whom have passed away).

Our family built an addition to the home and added aluminum siding to protect it, but we always worked hard to preserve the original craftsman structure and keep it in good repair. The September 22-28, 2016 issue of The Northern Light (page 1, 10) said we didn’t want to maintain the property anymore, but Cindy Lou and I loved taking care of the home and were happy to keep doing it. It was maintaining the big lot (with our trailer park on it) behind the home that got harder as we have gotten older, which is why we recently sold it.

Birch Bay really needs its own library branch, and when we heard about the possibility, we thought it was a great idea. We wanted to honor my great-grandfather Charles Vogt, grandparents Grover and Anna, parents Robert and Anne, and our community. Our old family home, an original piece of Birch Bay history, could be home to a library for everyone. We really thought we were doing a good thing by giving the library a good deal for the home and land.

We knew the library would need to expand, but we always understood that they would keep the original craftsman intact as part of the library. That was in our original memorandum of understanding with the library, along with an understanding that we could buy it back if Friends of Birch Bay Library couldn’t raise enough money for the project.

The September 2016 issue of The Northern Light article said our 1912 craftsman style was “funkier” than most country libraries, but the library system’s executive director Christine Perkins said that wasn’t necessarily a bad thing and she mentioned the Lummi Island library was also a remodeled home. The library completed the purchase of the home and land in April 2017, and up until late 2018, they reassured us that keeping the original home in the design was still in their plan.

Cindy Lou and I both have health issues, but that wouldn’t have stopped us from keeping up the home. As that same Northern Light article said, we didn’t want to sell to someone who would bulldoze the home to build condos, or anything else.

We love Birch Bay and still live here, right next door to the original homestead. Right now, all of us are worried about the health and safety of our loved ones and community, and thinking about family, home and history. Learning that our grandparents’ home will be torn down has broken our hearts. I could say more, but it feels like the damage has already been done. We believed it was important for the public to know our perspective.