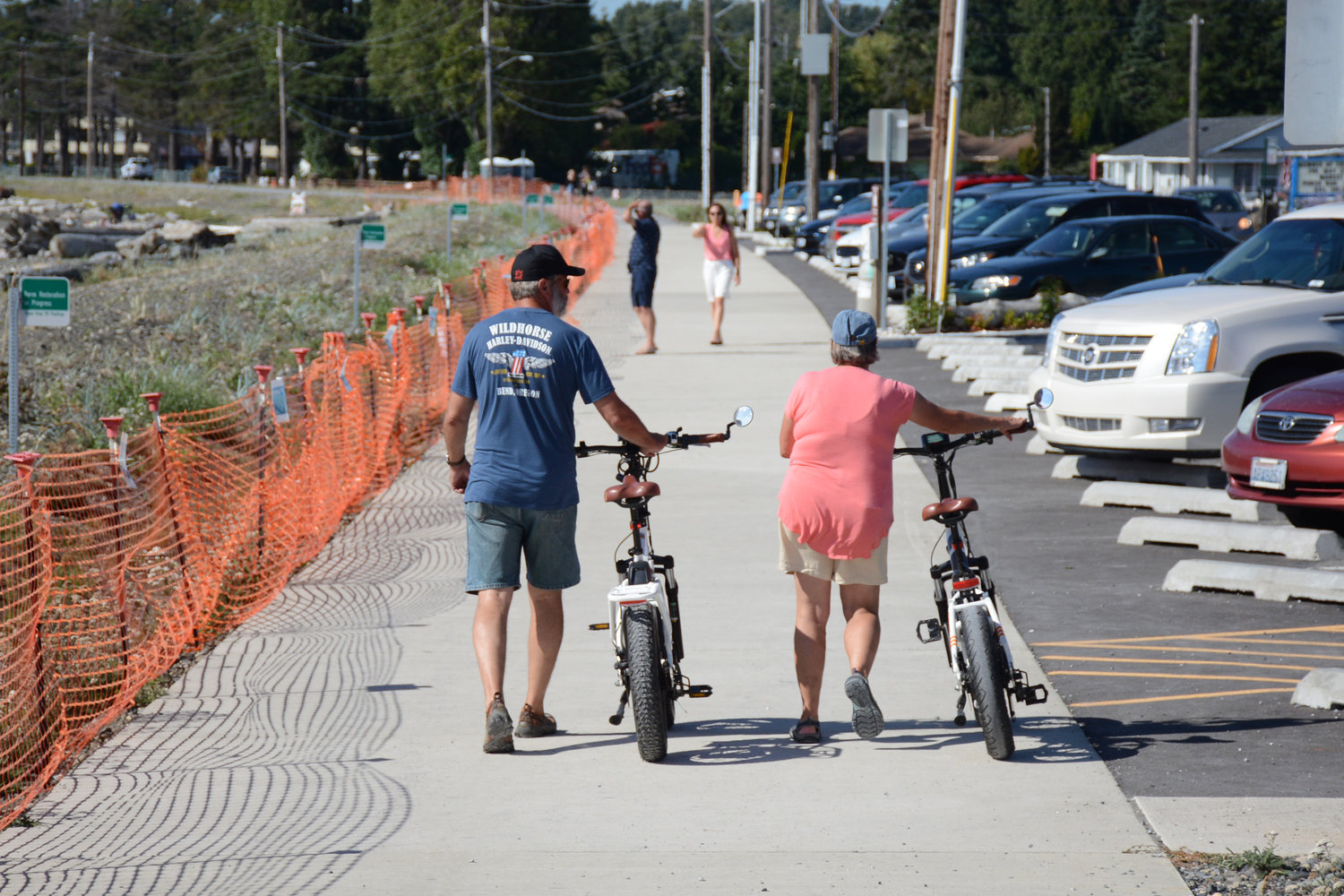 People walk their bikes on the newly complete Birch Bay berm path on a warm summer afternoon. The berm task force is in the process of drafting recommendations for an ordinance that details permitted recreational uses of the berm path. Whether bikes and e-bikes will be allowed is still in discussion.
Photo by Ian Haupt 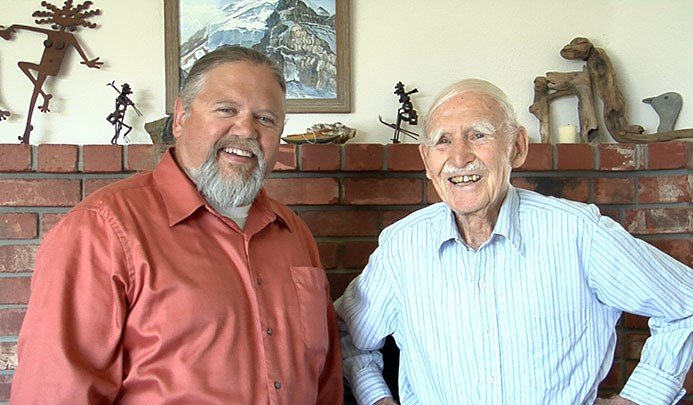 When Roland Middleton approached the line to shake Wolf Bauer’s hand at his 100th birthday party, he was trying to think of what he could say to the Northwest mountaineer, environmentalist and hydrologist to make Bauer remember him. Bauer had been shaking hands and catching up with renowned mountaineers, like Jim Whittaker, the first American to summit Mt. Everest, and other high-ranking professionals from around the world.

Middleton had met Bauer as a Western Washington University geology undergrad when Bauer came to discuss beach restoration and give a tour of the beach at Birch Bay, which he had recommended be replaced with a sand and gravel berm.

More than 30 years later, at the birthday party, Middleton had been working with Whatcom County on the berm project for over 15 years. “Roland, did you get Birch Bay done?” the 100-year-old asked.

It was 2012, and Middleton had nearly 10 more years of work left on the project that was adapted from the man’s work. Stammering to find an answer, Middleton replied, “Ah, well we’re working on it Wolf.”

Back in 1975, Bauer recommended the Birch Bay community have the county restore the beach, which was excavated in the 1950s for the U.S. Army Corps of Engineers to build the Blaine Air Force Station and other facilities. The beach lacked sediment and was composed mostly of riprap and groins. Bauer proposed a design that would reestablish the beach profile while improving flood protection. More than 45 years later and five years after Bauer’s death, Middleton can safely say he got it done.

The berm, officially called the Birch Bay Drive and Pedestrian Facility Project, is a 1.6-mile-long beach restoration project that will add sand and gravel to the beach to protect the road from storm surges.

Over the years, Birch Bay Drive and surrounding properties have experienced flooding and other damage whenever a king tide mixed with strong winds enters the bay. The worst occurred in December 2018 when the storm tore up one lane of the roadway, forcing it to remain closed for six months until it was repaved. That storm cost the county $5 million in damage, mostly in the Birch Bay, Point Roberts, Kendall and Maple Falls areas.

Middleton said previous storms, while not incurring nearly as much damage, would throw large logs, some 2 feet in diameter, and other debris onto the road that would require large machinery to clean up.

He said this was because the existing riprap did not slow the waves. Waves would crash onto and over the riprap, throwing debris onto the road and sometimes opposing properties.

With the natural beach profile – what Bauer envisioned for Birch Bay – the roadway and properties are more protected, Middleton said.

Waves that roll onto the beach slow incoming waves as they roll down the beach into the ocean. Driftwood and beach rock are then displaced on the beach but not thrown onto the roadway, he said.

While the berm wasn’t yet completed, it proved proficient this January when a king tide and strong winds hit the bay. Some beach debris was strewn onto Birch Bay Drive but Whatcom County public works confirmed the berm was performing as it should and no project would prevent all of the damage from these winter storms.

Middleton said the project benefits the ecology, economy and safety of the community. Because of this, he said he saw pro-developers and pro-environmentalists come together under a common goal.

“That’s what I think I will remember about this project more than anything – is the people in Birch Bay who cared so deeply about their community,” Middleton said. “Even if they disagreed about how the community should grow or not grow, it was nice working with a group of individuals that just deeply cared.”

Granite imported 205,000 tons of sediment for the berm, and the project has ended up costing nearly $16 million.

But there is still some work left to do in the area. Public works will monitor the vegetation and replant in any areas where the plantings fail to grow. The chamber of commerce has formed a berm task force that is working on recommendations for an ordinance designating what the berm path will be used for, whether it will be pedestrian only or a pedestrian and bicycle trail.

Middleton also said the plan next year is to repave Birch Bay Drive.

The berm was a significant dream and desire of the Birch Bay community, Middleton said. “And it’s been a pleasure to be a part of all that.

“It’s a career project, but it’s really a legacy project,” he said. “This is something that I looked forward to walking on with my grandkids. It’s one of those big projects that only come around once or twice in a career.”