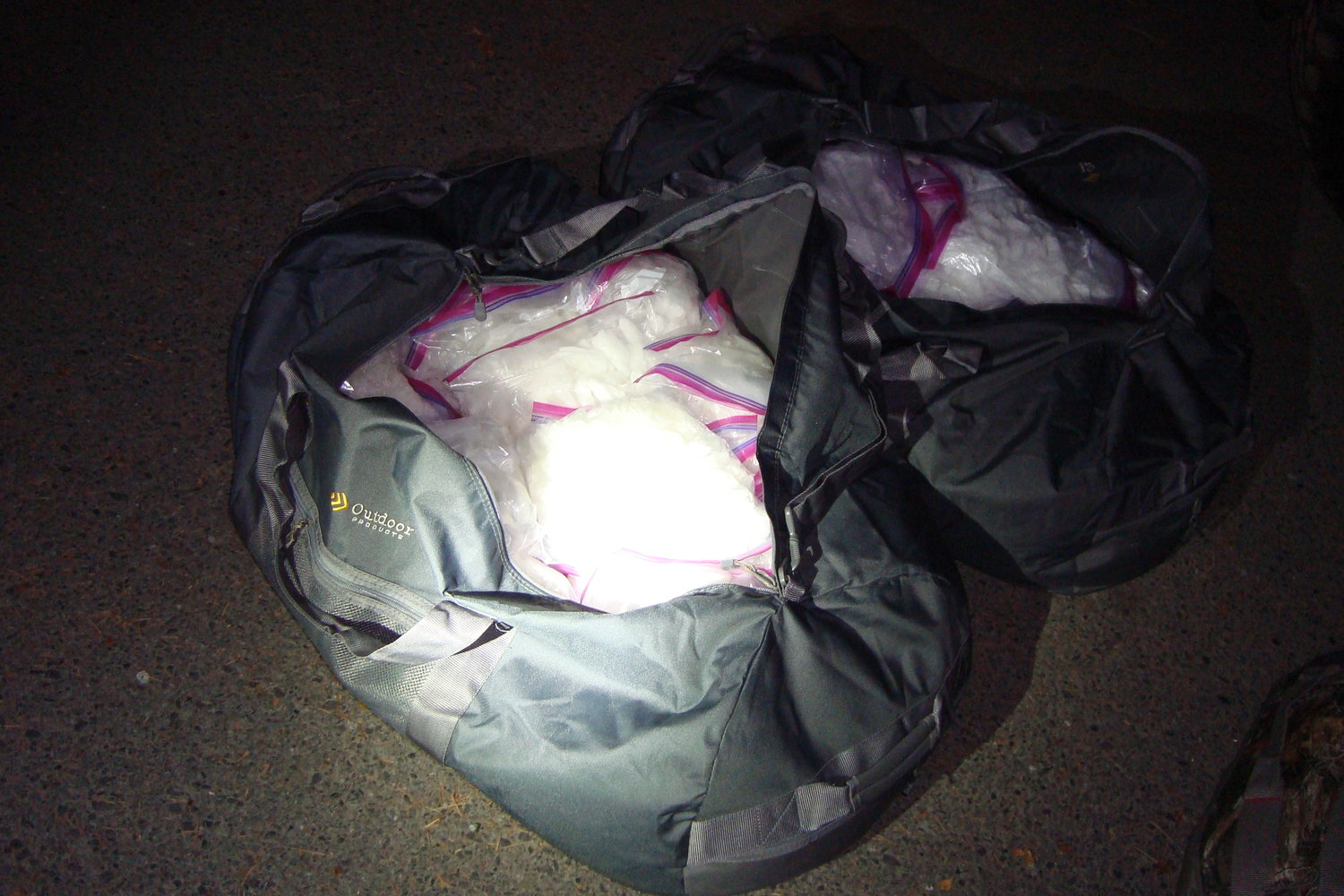 U.S. Border Patrol agents seized nearly 450 pounds of methamphetamine, estimated to be worth nearly $2 million, in a Blaine residential area near the U.S./Canada border.

Based on Drug Enforcement Administration (DEA) street value estimates, 450 pounds of methamphetamine is worth over $1.7 million.

“Vigilant and steadfast, Blaine sector Border Patrol agents secure and protect our nation from those who wish to do us harm,” said Blaine sector chief patrol agent David S. BeMiller in a statement. “This seizure is an excellent example of their commitment to this honorable mission by taking nearly 450 pounds of methamphetamine off the streets.”

Special operations supervisor Guillermo Selva-Wuensch said an investigation to identify the suspects responsible is ongoing. He declined to comment on which residential area the vehicle was found.