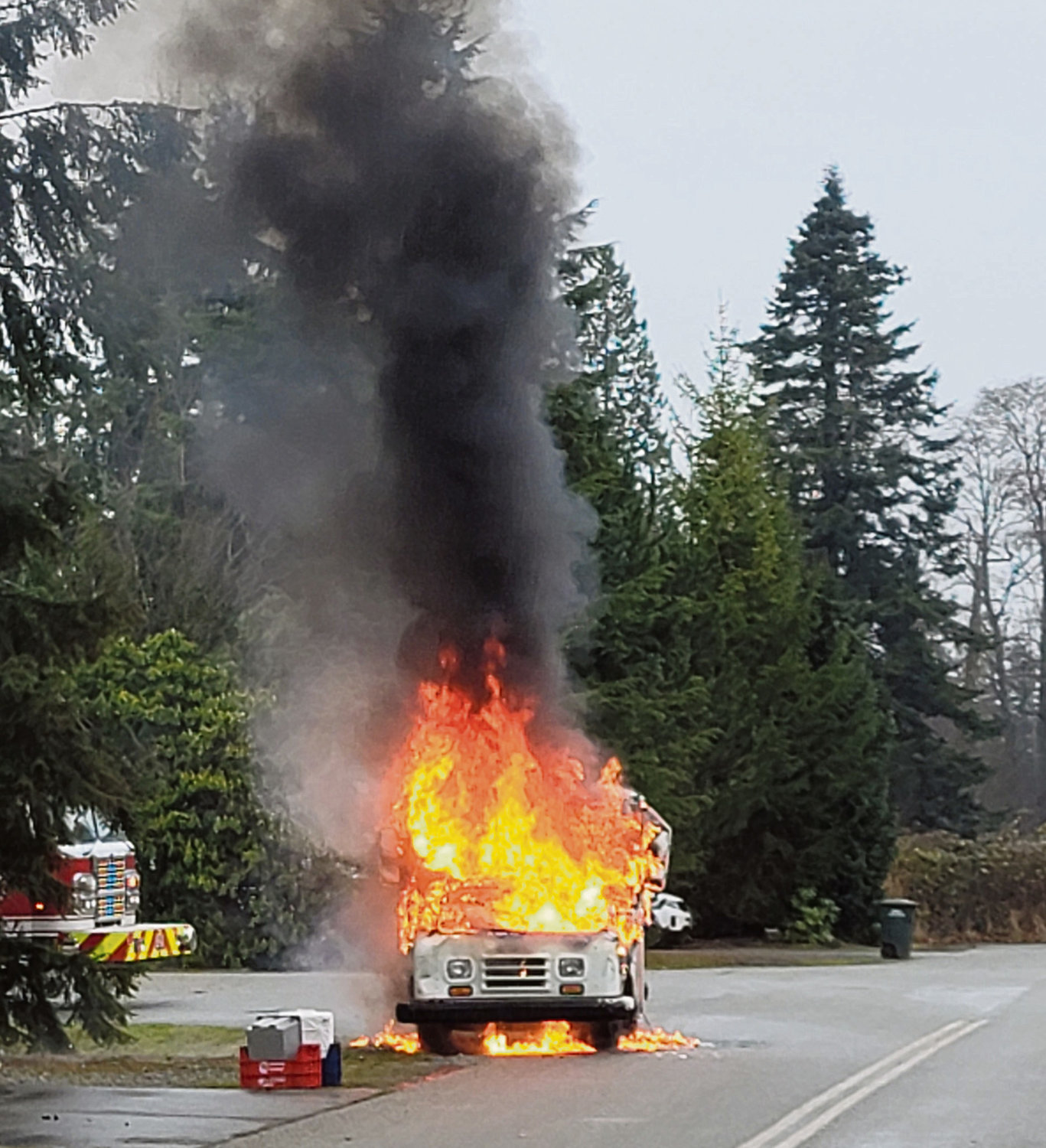 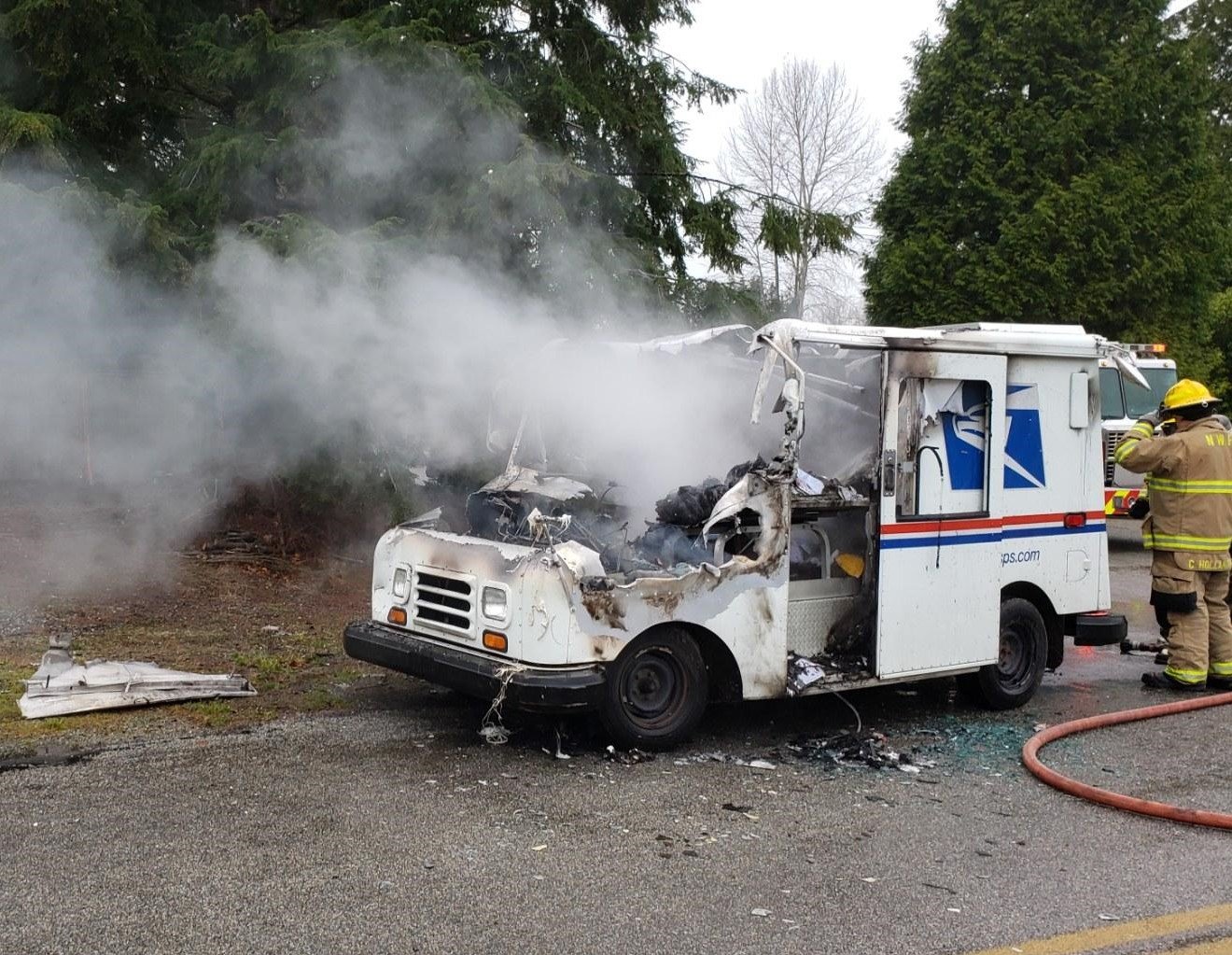 The fire started around 10:20 a.m. on Seafair Drive after the mail carrier noticed the truck’s engine had started smoking, said Blaine postmaster Val Pikalov. The carrier left the vehicle after seeing the smoke and no one was injured during the fire, he said.

It is not known at this time how the fire started, which previously had no known problems, Pikalov said. The post office is not concerned a fire could start in another vehicle, he added.

The USPS truck was a 1993 Grumman Long Life Vehicle. Pikalov said the Blaine Post Office hasn’t replaced a mail truck in 10 to 20 years and there are no qualifications for when a truck needs replacement.

The post office has 12 mail trucks and a replacement was given to the mail carrier the next day, he said.

The Blaine Post Office encourages anyone with questions regarding their packages, regardless if they were involved in the fire, to call the post office at 360/332-7184.