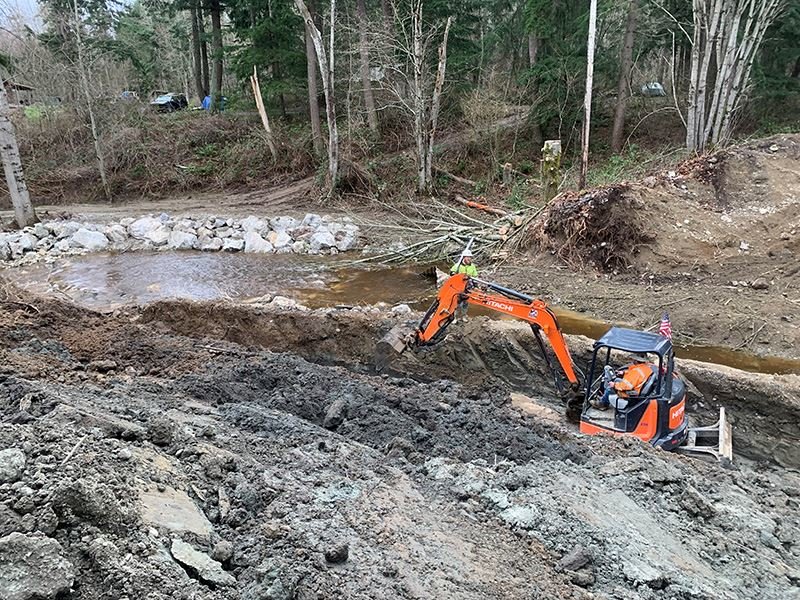 With a 50-plus page assessment of the damage caused by the series of severe winter storms, high winds, flooding, landslides and mudslides, Inslee asked Biden for an individual assistance program for Whatcom, Skagit and Clallam counties as well as Lummi Nation, the Nooksack Indian Tribe and the Quileute Tribe. If granted, these nations and local governments would gain access to a wide range of federal assistance programs to help recover from the damage incurred in
November.

A letter in support of the governor’s request and signed by all U.S. senators and representatives from Washington was sent to the president December 22.

As for roads affected in the area, Birch Bay-Lynden Road, which had a 40-foot section washed out after a California Creek culvert failed, repair is awaiting a weather window so that county crews can install a pipe for creek passage, according to the public works website. Public works expects emergency repairs to finish mid- to late-January. Its contractor has removed the washed-out roadway from the creek and started pulling back the slopes.

The slide on Drayton Harbor Road at the Shintaffer Road intersection is a lower priority for final repairs because of low traffic volumes, according to the public works website. Public works staff are working with a geotechnical engineer to assess the condition and safety of the slope and hope to open the road to single lane traffic as soon as safety and slope stability permit.