Impacts from border restrictions could linger 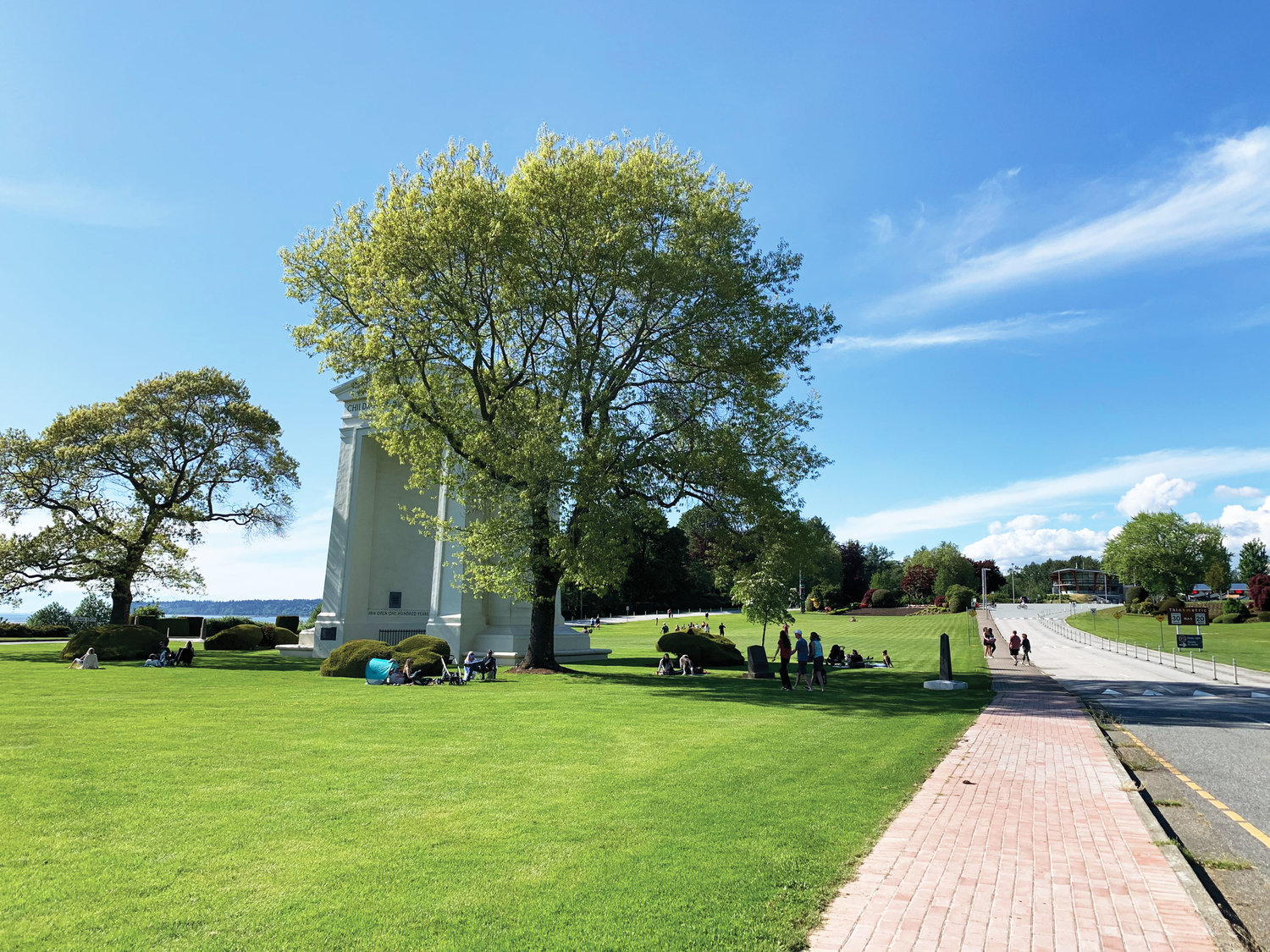 Families and friends from both sides of the US/Canada border have started gathering together at Peace Arch park since it opened on May 14 after being closed due to Covid-19.
Photo by Louise Mugar
Posted Thursday, May 21, 2020 4:32 pm
Grace McCarthy

The economic impact from the U.S./Canada border closure has been swift, but the severity and length of that impact is unknown, said Laurie Trautman, director of Western Washington University’s Border Policy and Research Institute (BPRI).

“I think this is going to create a little bit more of a friction of people crossing the border compared to what they’ve been doing over the last couple decades,” Trautman said. The longer the border is restricted, she said, the less reliant people will become on crossing it to meet their needs.

Since the border was closed to non-essential traffic on March 21, the number of people crossing the border in the Cascadia region, which includes all Pacific Northwest borders, has decreased 98 percent for both northbound and southbound traffic compared to crossing numbers for April 2019, Trautman said. On average, Blaine has seen a reduction from 10,000 personal vehicle crossings per day to 2,000, while Point Roberts has dropped from 2,300 to 120 entries per day.

On May 19, the two nations announced that the border restrictions would be extended to nonessential travel at least until June 21. Essential travel is defined as U.S. citizens and lawful permanent residents returning to the U.S. and traveling for medical, educational, work, emergency response and public health, cross-border trade, official government and military-related activities, according to the U.S. Federal Register.

The length of the closure could increase its long-term impacts, Trautman said.

“The longer people aren’t able to cross the border, the more likely it is they won’t resume that activity once the border is open,” she said.

Before the closure, Canadians made up 75 to 80 percent of those crossing the border and more than half entered the U.S. for non-discretionary travel such as shopping and tourism, according to information Trautman provided for the Wilson Center, a D.C.-based nonpartisan think tank where Trautman is a fellow.

Canadian shoppers in Whatcom County contributed to an estimated $138 million in spending and 11.6 percent of taxable retail sales in 2018, according to data from the BPRI’s latest report. Canadians have a disproportionate impact on department stores and online purchases, Trautman said. Canadian shoppers have the largest impact at Ross, Silver Reef Casino, Costco and downtown Blaine, according to the report.

“It seemed like Blaine was really booming for the last couple years and hopefully that momentum they built up, they’ll be able to come back to,” Trautman said. “I don’t know how much of that was dependent on Canadians. I feel like Blaine has been more due to the amount of people moving up there because real estate was relatively more affordable than Bellingham.”

The B.C. government opened provincial checkpoints at the border on April 8 for travelers returning to Canada. The checkpoints require a 14-day quarantine plan for people entering Canada or an isolation plan for essential travelers if they show symptoms of Covid-19.

Over one-third of Washington’s trade is with Canada, according to information Trautman provided for the Wilson Center. Goods going into B.C. have declined about 20-30 percent, Trautman said, but goods going into Washington have only declined 12 percent. The difference is because some commercial trucks that enter Canada in Whatcom County re-enter the U.S. on the east coast.

Trautman said it’s going to be hard to disentangle the border-related impacts from the overall impacts of the economy shutting down. She expects border towns like Blaine to have a bigger economic impact than towns less reliant on Canadian shoppers. Bellingham’s economic diversity and big box stores will give it more resiliency to the border closure, she said.

The severity of the economic impacts will be hard to estimate without knowing how long the restrictions will be placed, Trautman said, but she believes Whatcom County will have challenges that other areas of the state won’t because of Canada’s influence.

Trautman said it’s hard to know when the social and economic impacts will lessen once the border reopens. That’s because public health concern is expected to continue influencing travel once the border reopens. Before border restrictions were placed, U.S. entries dropped from 8,000 crossings per day at the beginning of March to 3,500 by March 15, Trautman said, pointing to the data as an indicator to the effect of public health concerns.

“Even if the border was open right now, there would still be less people going back-and-forth because people are scared,” Trautman said.

The last time border crossing dropped significantly was after 9/11, Trautman said. Cross-border numbers dropped 40-50 percent in the months following the attack. The 9 million people who crossed the border in 2000 dropped to 7.5 million in 2001, Trautman said.

By 2002, it dropped to 7 million people and stayed low until 2010, when the Vancouver Olympics and a stronger Canadian dollar improved border numbers to 11.9 million entries. In 2019, 12.2 million people crossed the border.

“It’s not a perfect comparison but I think the thing we can learn from that situation is that once the numbers dropped, it took a while for them to come back,” Trautman said.

Trautman said current lower gas prices in B.C. – the lowest sine December 2016, according to Statistics Canada – could also keep Canadians on their side of the border.

Despite the border closure, Trautman said the region has great cross-border relations with people who continue to work together.

“Hopefully, by keeping that communication open, although we’re not moving back-and-forth, we still have a very strong cross-border relationship,” Trautman said. “It makes our region more resilient.”