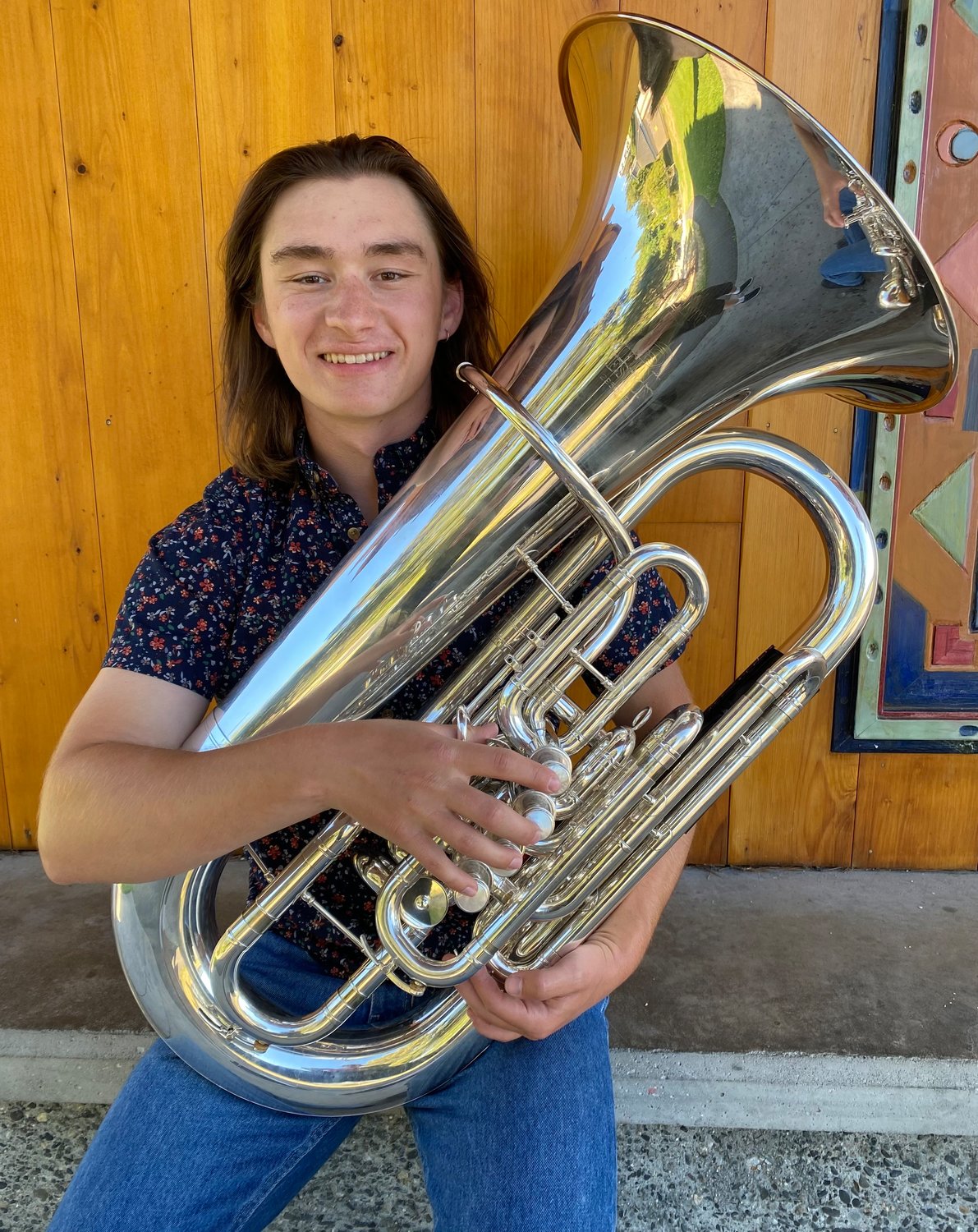 A Washington State University student from Blaine won first prize for tuba in the 18-23 age division at the 2021 European Music Competition.

Tim Schrader, a third-year student, has been playing tuba since the ninth grade. He also plays trombone and euphonium but focuses on tuba, he said. Schrader first heard about the competition when one of Schrader’s professors, assistant professor of tuba Chris Dickey, encouraged him to apply.

“This was the first time either of us had heard of it,” Schrader said. “I submitted a video, waited for my results, and then a month or so later I was admitted to the finals.”

He first heard the piece performed by one of his favorite tubists and decided to try playing it himself. Schrader based his performance on a transcription of the piece, likely originally composed for violin, Dickey said.

“I got lucky in that sense, because tuba music is fairly new. Big European composers like Bach, they didn’t write for tuba,” Schrader said. “We mostly rely on stealing music, basically. A lot of what we play is transcribed.”

Schrader didn’t know what to expect when he entered the competition and was surprised to win first prize, though this isn’t the first time he’s placed in a music competition. Schrader previously took second at the Music Teachers National Association competition, and placed first for tuba at the Washington State Solo and Ensemble Contest in 2018 and 2019 as a Blaine High School
student.

“It felt pretty nice to have some form of visual win,” Schrader said. “This last year has been so difficult to keep practicing and playing with virtually nothing in person, which is like a musician’s whole life.”

After a year of virtual classes and performances at WSU, Schrader is looking forward to hopefully returning to in-person performances this fall. He has performed in WSU’s symphonic wind ensemble and tuba quartet in addition to his solo work.

Getting to work and perform with other musicians is a great learning experience, Schrader said. His growth as a musician is partially due to working with others and to his time spent learning from Dickey. Schrader meets with Dickey weekly for one-on-one tuba lessons, Dickey said, though they also interact outside of the classroom.

“We work a lot of one on one stuff, but so much of what we do in music extends beyond that interaction,” Dickey said. “I’m also a mentor, a sounding board and a reference.”

Dickey described working with Schrader as rewarding, noting that he arrives prepared for lessons and takes charge of his own learning but also knows when to ask for help.

“He’s why I went to WSU,” Schrader said of Dickey. “He’s just a wonderful teacher and person, and I value everything he’s done for me.”