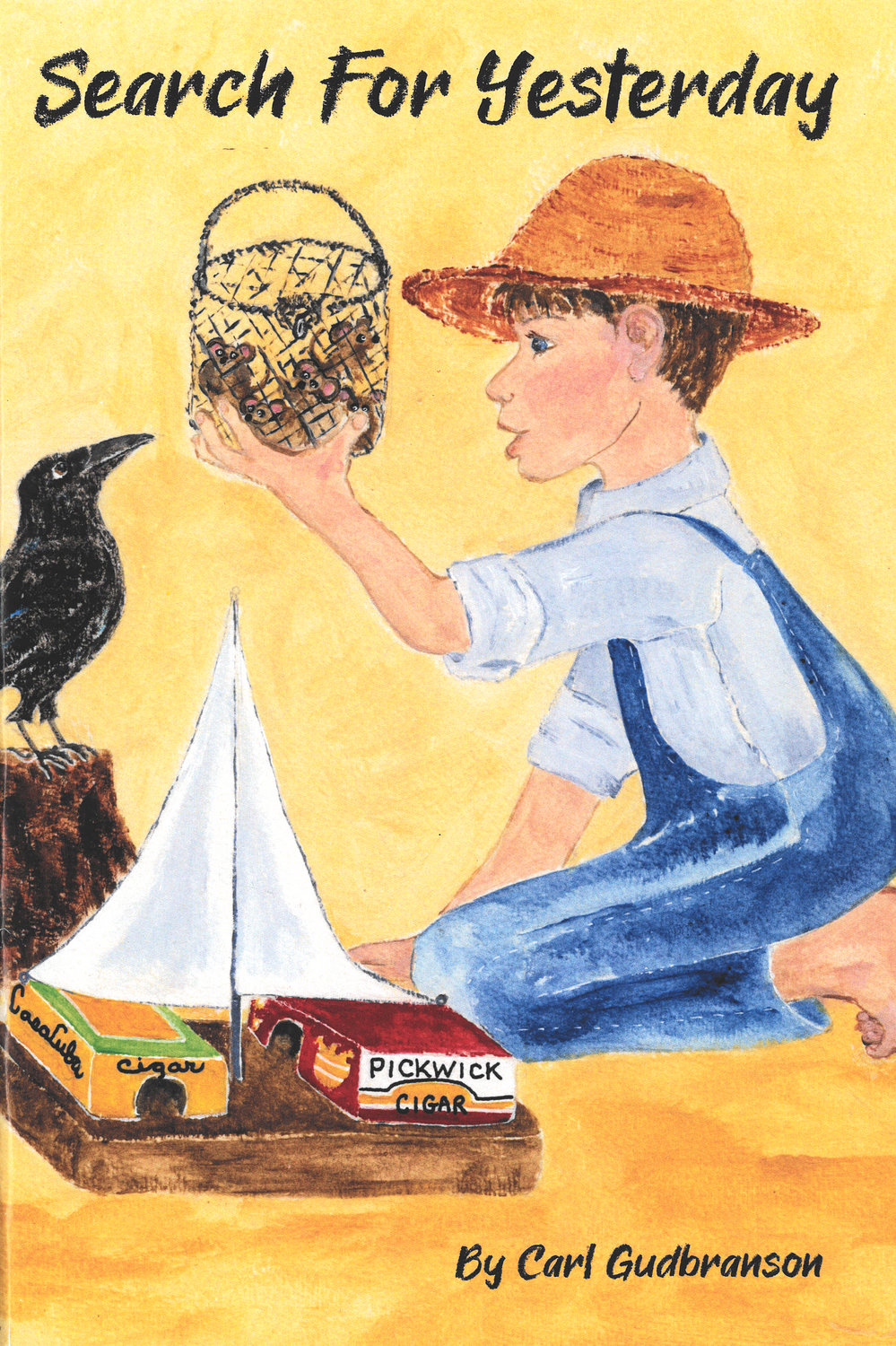 Blaine artist Georgia Donovan illustrated the cover of a fisherman’s memoir that is being published by the Alaska Packers Association Museum. The book will be on sale starting on Friday, November 8.
Courtesy of Sunny Brown
Posted Wednesday, November 6, 2019 3:06 pm
Jami Makan

A memoir newly published by the Alaska Packers Association (APA) Museum describes life in early Point Roberts and Blaine, as well as the author’s career working for APA salmon canneries.

Carl Gudbranson was a fisherman, storyteller and armchair historian, whose writings were first printed as a family memoir in 2000. With the family’s permission, the memoir is now being published as a book, in order to share its history with the Point Roberts and Blaine communities.

Born in 1907 on Whidbey Island, Gudbranson was the son of Icelandic immigrants. The family of nine moved to Point Roberts in 1913, where Gudbranson’s father worked for the APA cannery as a shipwright. They later moved to Bellingham and then to Loomis Trail Road, near Custer. During the Great Depression, Gudbranson moved to Alaska, where he worked as a fisherman. He later worked in the fishing industry on San Juan Island and the Semiahmoo Spit.

The memoir is full of tales about Gudbranson’s youth, his fishing career and his observations of historical events and developments. The book includes many photographs of Gudbranson’s family; other images include an illustration of a floating salmon trap and old newspaper clippings.

Several years ago, Gudbranson’s niece, Brooke Finley, shared the memoir with Alice “Sunny” Brown, the APA Museum’s docent and volunteer coordinator since 2002. “I was captured by Carl’s narrative, both in style and content,” said Brown. “I read it and felt it was a treasure trove.”

Finley and other members of Gudbranson’s family gave the APA Museum permission to publish and sell his memoir for the benefit of Drayton Harbor Maritime and the APA Museum.

Blaine artist Georgia Donovan produced the cover art depicting a young Gudbranson and his pet mice. Ellen Clothier converted the original format of the memoir into book form. Using money from the APA Museum’s donation box, an initial run of 90 copies was printed.

Starting on Friday, November 8, the memoir, “Search for Yesterday,” will be available at the Blaine Visitor Information Center for $19.95 (cash or checks only). Brown will also be selling copies of the book at the Semiahmoo Women’s Club luncheon at the Semiahmoo Golf and Country Club on Thursday, November 14.

The proceeds from the sale of the book will benefit the restoration of NN59, a Bristol Bay gillnetter. The restoration is being done by Drayton Harbor Maritime, which operates the Plover ferry. When it is complete, NN59 will be a companion to the Plover, offering a sailing experience in Blaine Harbor.

To learn more about the new book, please contact Brown at 360/371-3558. The Blaine Information Visitor Center is located at 546 Peace Portal Drive in downtown Blaine.