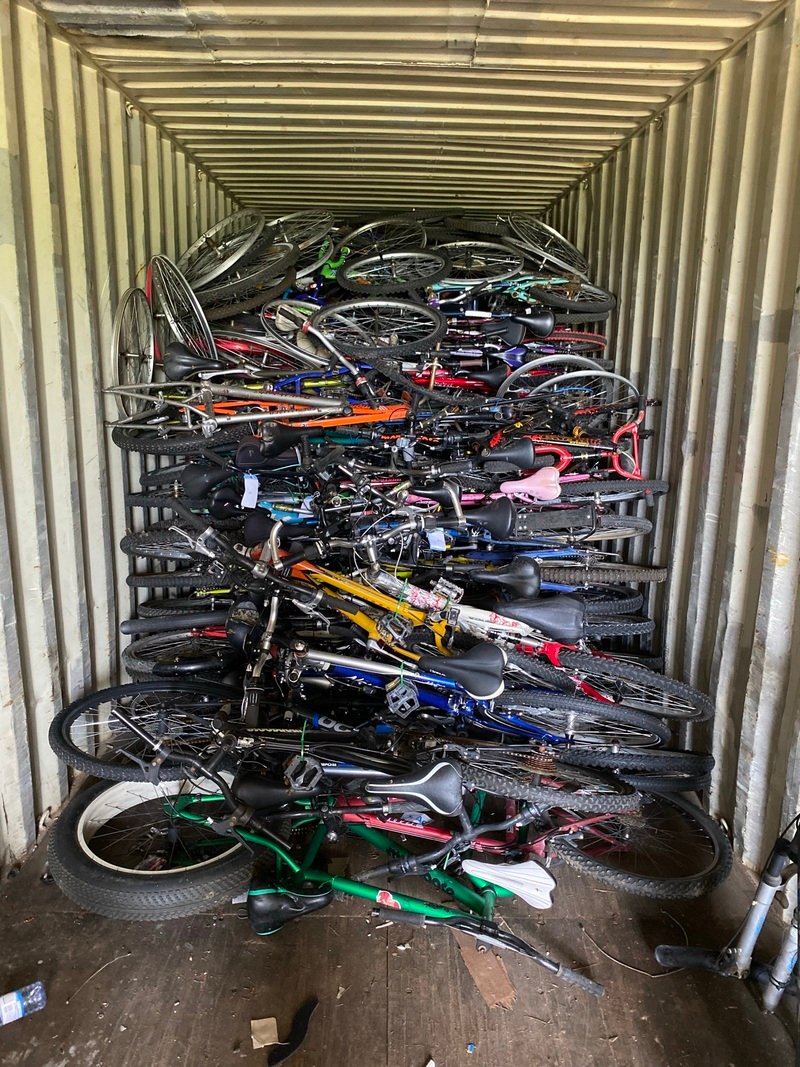 Bike donations that were dropped off last April at the Semiahmoo Golf and Country Club were shipped to Rwanda.
Photo courtesy Terry Mahoney
Posted Wednesday, January 19, 2022 4:25 pm
By Ian Haupt

Bike donations that were dropped off last April at the Semiahmoo Golf and Country Club have made it to Rwanda where they will be given to locals, donation coordinators said.

Over 500 bikes from Washington and B.C. were loaded into a shipping container in Vancouver and shipped this summer. In September, the container arrived in Rwinkwavu, Rwanda on September 28. The bikes were then unloaded and assembled, and the container was cleaned, painted and refurbished into a bike distribution and repair shop to be run by locals.

“It was so successful that we plan on doing another one in the spring,” said Terry Mahoney, Washington state coordinator.

The plan is to collect and ship another 500 bikes to Rwanda next year, but Mahoney said it takes months to prepare for another fundraiser – buying the container, alerting people in the area and preparing the shipping logistics. The total project costs around $20,000, he said in the spring, and took almost a year to complete. Over $25,000 was raised last spring for the cost of shipping the container and leaving it to be used as a shop.

Bicycles allow people who primarily walk to travel twice the distance, twice as fast and carry four times the load, according to Mahoney.

Rwanda Bookmobile, a non-governmental organization, allocated bikes to the Reading Riders program at libraries across Rwanda to empower librarians to visit their local communities, according to information Mahoney provided. Another batch of bikes were gifted to the Imbuto Foundation to empower its social workers to have more freedom to visit constituents served by its Early Childhood Development Centers, nationwide.

Most of the bikes have been gifted to various worthy causes throughout the Rwinkwavu community, especially the children’s bikes, according to information Mahoney provided. Mahoney said racing bikes were given to a local cycling team.

For those looking to donate, more information will be released in the spring when drop-off locations open.