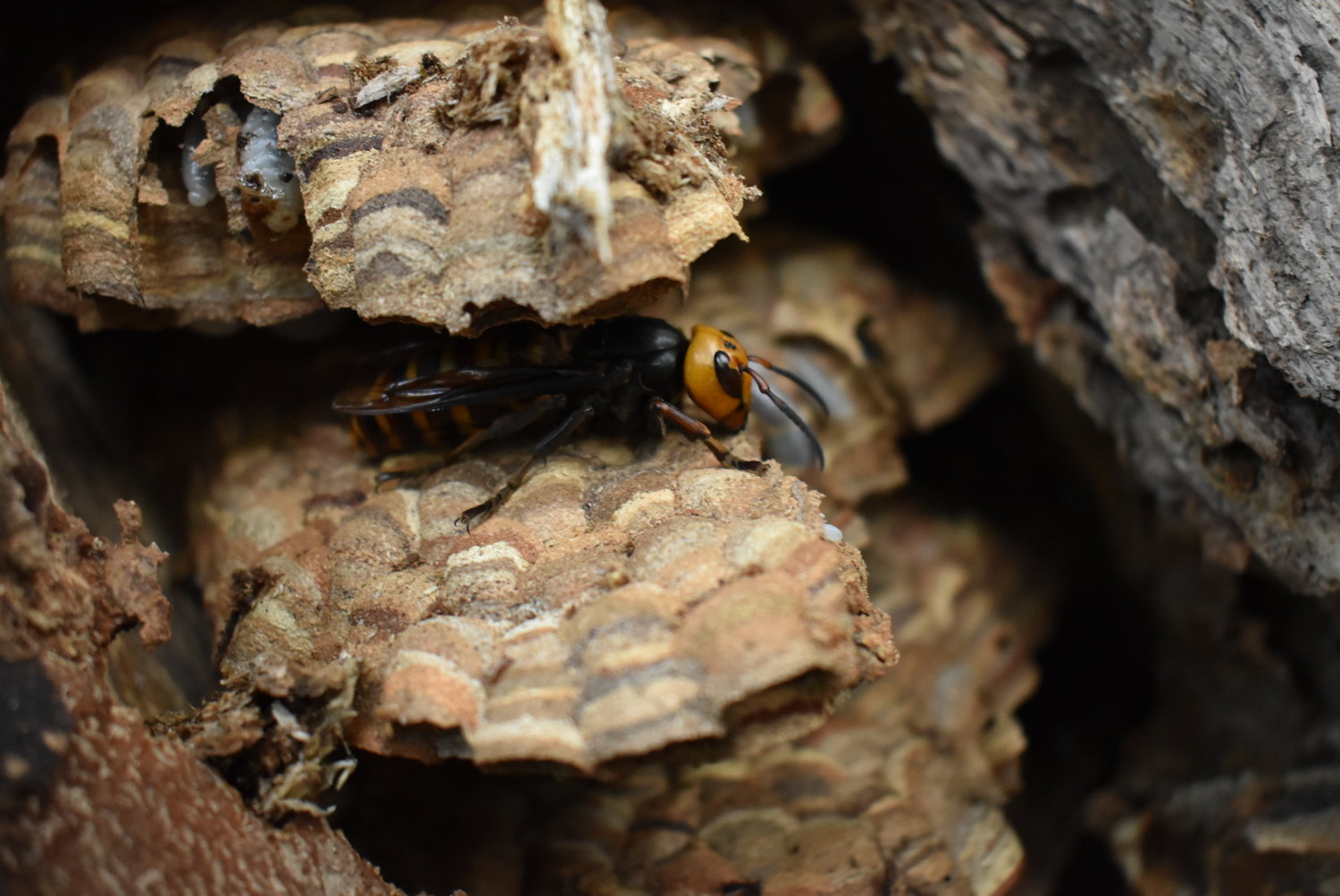 The Washington State Department of Agriculture (WSDA) has confirmed all of the Asian giant hornet nests found in 2021 were connected to nest ‘zero,’ the first nest found and eradicated in east Blaine. Scientists believe the hornets likely mated and left nest zero before it was destroyed in October 2020.

State entomologists eradicated three of the invasive hornet nests in August and September of 2021, less than one mile from where the first nest was discovered. After the eradication of the nests on August 9, September 8 and September 23, scientists conducted DNA sequencing on the hornets.

“It’s the best outcome that we could have had from the DNA testing,” WSDA spokesperson Karla Salp said. But, she warned, this doesn’t mean there aren’t other hornets in Washington that are genetically unrelated that the agency doesn’t know about.

There were 14 confirmed detections in 2021: Six reported by the public, four caught in WSDA traps and six that scientists caught, according to the WSDA.

Through DNA testing, scientists also discovered the U.S. hornets and the nest eradicated on Vancouver Island in fall 2019 were not genetically connected and likely from separate introductions, Salp said. Salp said the agency believes the hornet found in Snohomish County in June 2021 is from a third introduction.

“We’ve had what appears to be three separate introductions in a short period of time when there were no known introductions,” Salp said. This could be because people are more aware of the hornets and are reporting them, or because there are more introductions, she said.

Canadian scientists will consider the hornet fully eradicated in Vancouver Island this spring after three years of trapping in Nanaimo and the Cowichan Valley have yielded no sightings, according to the WSDA. No other nests have been discovered in Canada.

B.C. officials only caught one hornet in its 2021 trapping survey that stretched across the Fraser Valley. In late October, a deceased hornet was found in a Japanese beetle trap only 0.1 miles from the U.S./Canada border. Trapping efforts will continue along the U.S./Canada border between White Rock and Aldergrove, according to WSDA.

WSDA will likely continue monitoring for hornets in Washington, even if the species are declared eradicated after not being detected in Washington for three years, Salp said.

The hornet is an invasive species from Asia and is the largest hornet in the world, measuring up to 2 inches. The orange-and-black apex predator is known to attack honeybee hives in a matter of hours and feeds on paper wasps and native species.

“Public reports are important. Many of the detections came from public reports, directly or indirectly,” Salp said. “The fact that people are looking for them is what’s giving us the upper hand.”