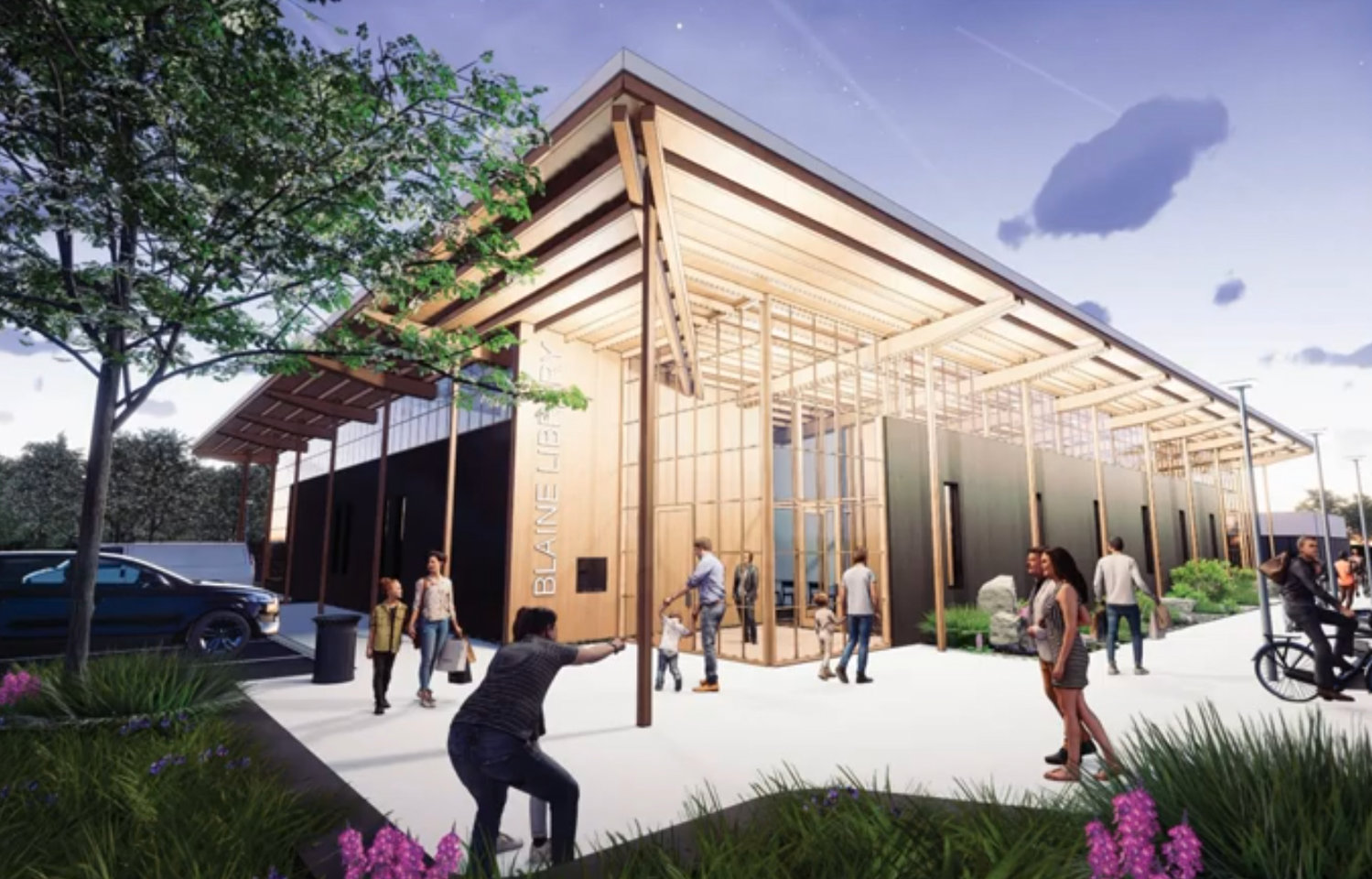 The architects designing a new Blaine Library revealed a final design concept on February 11 that is nearly twice the size of the current library and is informed by three community meetings and an online survey.

The 8,620-square-foot design, by the design team of Johnston Architects and King Architecture, incorporates the top priorities the team heard during a three month public input process: more space, a larger collection, more community gathering space and more children’s books. The architect team brought a virtual reality headset and allowed people to take a virtual tour of the space at the meeting, which was held at the Blaine Senior Center.

Though the architects call the latest plans a final design concept, materials and elements of the interior can still change. The design team can now begin work on a more precise cost estimate for the building. The Whatcom County Library System (WCLS) hopes to fund construction through a joint levy that would also fund a Birch Bay library.

Though WCLS doesn’t have a timeline for construction, WCLS deputy director Michael Cox said the library system would provide service during construction.

“We’ve been looking into the cost of space around town,” he said at the meeting. “We want you to have as many library services throughout construction as possible and we’re beginning plans to make sure that can happen.”

Learn more about the Blaine Library design and see a video of the meeting at wcls.org/blaine.