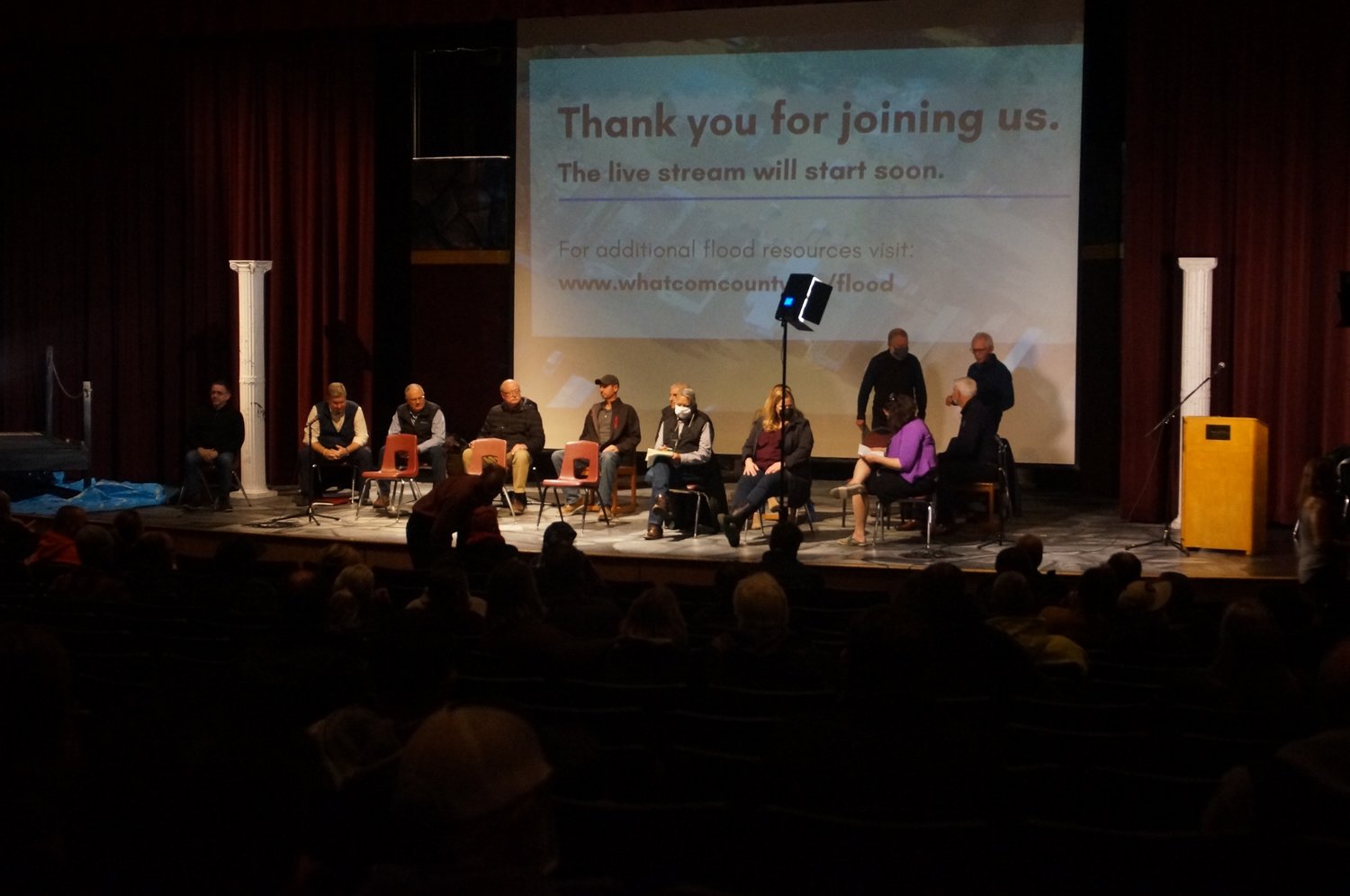 Whatcom County officials continue to address severe flooding that occurred in mid-November, offering more assistance to impacted residents as more heavy rainfall came over Thanksgiving weekend.
At their November 23 meeting, Whatcom County council members unanimously voted to allocate $500,000 in emergency flood aid, in addition to $250,000 of emergency aid they approved in a special November 17 meeting. County councilmembers planned to allocate more aid in coming county council meetings.
County public works director Jon Hutchings said during the council’s November 23 committee of the whole meeting that snow could impact the timeline of repairing county roads this winter.
“Some of these road repairs could very easily last until next summer and some of the less important ones are probably over a year or two out. But those are things that are less critical,” Hutchings said.
The public works department is defining critical infrastructure repairs, in order, as those where damage obstructs emergency vehicle access to homes; damage that could cause serious injury to drivers; and damage that causes a delay to emergency services and drivers on bridges and roads; and damage that could worsen by another storm, according to a post-flooding damage assessment report present to county council. Public works estimates it will be at least two months before it’s able to work on non-critical infrastructure repairs.
“We do our best to make these impacts predictable by defining where we intend for water to go, but at this scale of flood, no matter of flood control will protect us as a flood-control engineering solution all by itself,” Hutchings said.
John Gargett, deputy director of the Whatcom County Sheriff’s Office Division of Emergency Management, told council the county identified 17 homes at The Glen At Maple Falls RV park as being too dangerous for residents to enter and four homes are in danger of collapsing into the river.
Gargett said the water in Sumas City Hall was twice as deep as 1990, damaging all of their computer and phone equipment. The city of Sumas estimates it’s lost 40-50 percent of its road network, which is similar to Everson, but Nooksack roads fared better, Gargett said.
The county found damage to about 60 areas of county roads, bridges and levees, according to public works. The U.S. Army Corps of Engineers is doing emergency repairs to three levees, but the county’s bridges didn’t have structural damage.
“There’s a lot of damage out there, no question about it, but the amount of major infrastructure damage is pretty modest considering the extent of this flooding,” Hutchings said of the levee and river systems. “It’s pretty amazing it withstood that amount of water for as long as it did.”
Whatcom County public works encouraged east county residents to prepare for the flooding November 24 as residual water was still left behind from the first flood, increasing the likelihood of more flooding and landslides.
On November 24, Whatcom County officials held a community meeting at Nooksack Valley High School to answer the public’s questions on the first flood. Among those in attendance were U.S. Congresswoman Suzan DelBene, county executive Satpal Sidhu, Washington state Emergency Management Division director Robert Ezelle, Gargett, Hutchings, east county mayors, county health department director Erika Lautenbach, sheriff Bill Elfo and 42nd district representatives Alicia Rule and Sharon Shewmake.
During the 3-hour meeting, county residents voiced concern on the county’s emergency response to the flooding and asked the county to resume dredging the Nooksack River.
Sidhu waived permit fees for emergency building repairs on November 24 and the county said it would refund those who paid for the permit fee before Sidhu’s executive order.
Following the meeting, on November 26, the Washington state National Guard deployed along with county emergency workers to help with more heavy rainfall that was expected after Thanksgiving.
The Washington State Department of Social and Health Services (DSHS) began distributing disaster cash assistance on November 30 in Everson. The aid ranged from just over $400 for one person to $1,290 for a family of eight or more people, according to a sheriff’s office media release.
For more information on the county’s flood response, visit bit.ly/3d7EHIX.