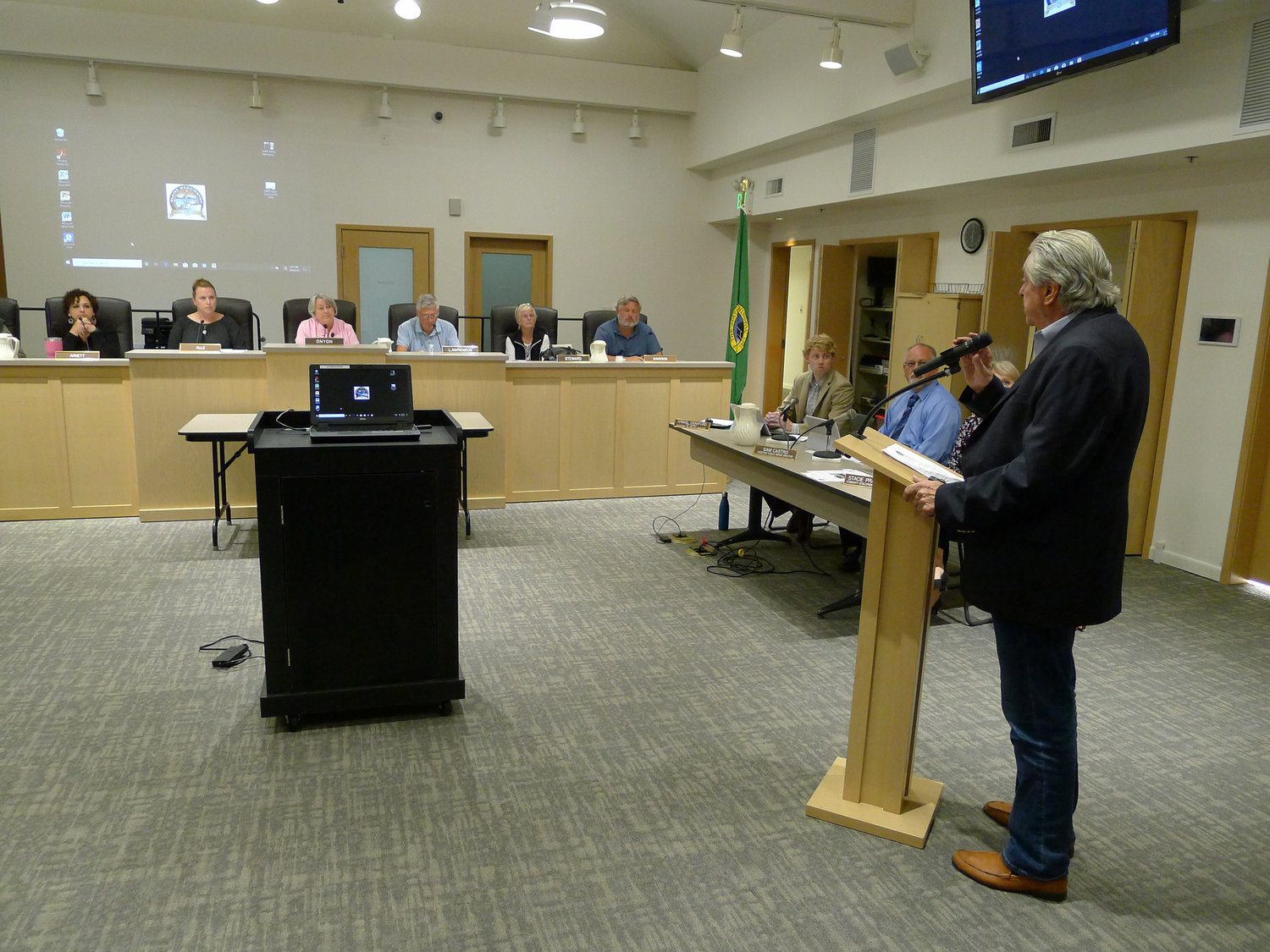 Blaine city council voted 6-0 on March 23 to amend a property agreement with the White-Leasure Development Company in order to delay a $50,000 payment that would have come due to the city around this time.

In September last year, Boise, Idaho-based White-Leasure agreed to purchase about five acres of land on the city’s Gateway development site, where the old municipal airport was located. The agreement has parameters around timelines and actions by both parties. One of those parameters was that while White-Leasure consults with potential tenants and decides whether or not to finalize the deal, a $50,000 promissory note would convert into a non-refundable cash payment to the city after the first 180 days of due diligence.

Because of circumstances beyond White-Leasure’s control, city manager Michael Jones recommended that the agreement be amended to extend the feasibility period to delay the $50,000 payment for another 180 days. “We have been working with Family Care Network, who is the other buyer on the plus-or-minus seven acres that we have out there,” Jones explained to councilmembers. “Family Care has been going through site planning and architectural planning to confirm what it is that they wish to purchase. That has sort of delayed things as we have moved along.”

Jones continued: “We’re coming up against one of the time horizons which is not the fault of White-Leasure Development, it is really just a matter of process of staff and the engineering and design on the Family Care side of things. As you can imagine right now, Family Care is not focused on this. They are focused on other things like COVID-19.”

Jones also suggested that it was wise to ease the financial pressure on White-Leasure to make a final decision in the current climate. It is possible that the company, which was formed in 1972 and specializes in the development of retail shopping centers, hotels and other projects, could decide not to proceed with the purchase and development of the site. “That is actually a possibility of course,” Jones said. “Given the current economic situation, putting a lot of pressure on them to make a decision right now on that $50,000 is probably not the best action to take on our part.”

That said, the last status report that White-Leasure’s chairman Larry Leasure provided to Jones was “very positive,” Jones said. As part of the agreement, White-Leasure is required to provide a progress report to Jones at regular intervals regarding its tenant search. “White-Leasure described a variety of contacts with retail and hospitality clients, and expressions of interest from their clients,” Jones said. “However, since they have not acquired the property, they have not secured any contracts. As such they have not provided me with names of any potential tenants.”

Meanwhile, the city has been doing plenty of work behind the scenes to help the White-Leasure and Family Care Network projects move forward. “The [planning] commission held a public hearing and deliberated on the city’s request for a general binding site plan (Gateway North, adjacent to Grant Street),” explained Stacie Pratschner, community development director for the city of Blaine. “The planning commission voted to send a recommendation of approval to the city council for their deliberations. The council will simultaneously deliberate on the planning commission’s recommendation and hold a public hearing for the required development agreement.”

Pratschner continued: “The binding site plan will create two parcels and facilitate development of the new medical clinic and White-Leasure property. Once the lots are created, [the city’s Community Development Services department] and public works will review any associated building and land use permits. So we have a bit more work ahead of us before any projects ‘break ground.’”