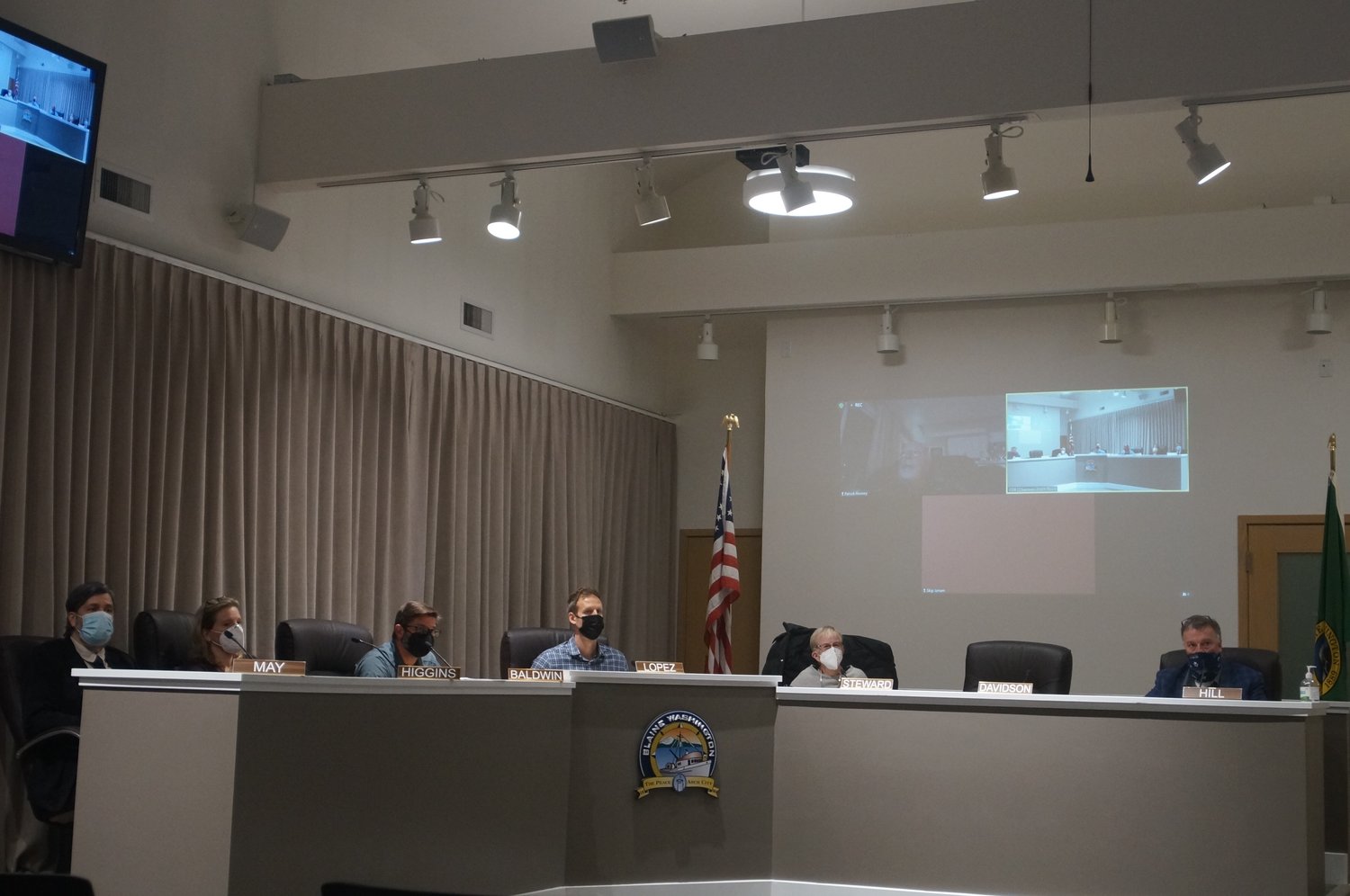 All of Blaine City Council met January 10 for the first time in council chambers since August, when it voted to conduct online meetings until governor Jay Inslee lifted the state mask mandate. Council was joined by new council members Kerena Higgins, Rhyan Lopez and Mike Hill.

Council voted 5-2 on Mary Lou Steward as its new mayor, with two dissenting votes, Lopez and Hill in favor of Hill as mayor.

During her speech after being nominated for mayor, Steward said she had lived in B.C. and worked as an anesthesiologist in L.A. before moving to Blaine. She has served on city council, is an instructor for the community emergency response team and volunteers with Blaine’s auxiliary communications service that works with the Blaine police department.

Hill gave a 10-minute impassioned speech after his nomination about how he’s lived in Blaine his whole life and is tired of seeing its development stunted. Hill criticized council members for never thanking him for his free lawn mowing service to the city, and condemned lack of communication within the city.

About a dozen in-person audience members left following the vote for mayor. A few members of the public wanting to speak during public comment and public hearing portions of the meeting attended the hybrid meeting via Zoom. Patchy audio for virtual participants caused council to briefly recess its study session before the main meeting.

After several procedural items, council opened the public hearing for the proposed H Street annexation that would continue the annexation process for two parcels of land, 3.26 acres at 4455 H Street and 1.63 acres at 2221 Cedarwood Lane.

Annexation for the area was first proposed in November 2020, when the 4455 H Street landowner sent a request to the city. The city decided to include neighboring property, 2221 Cedarwood Lane, in the annexation request because the Cedarwood Lane property owner had entered a utility agreement in 2002 that gave the city authority to annex it. The annexation request was first brought before council last January but was delayed due to procedural irregularities in the proposal.

Council voted unanimously to finance the estimated $6 million east Blaine sewer project to obtain a loan from Holman Capital. The interest rate would be 3.1 percent for the loan over 10 years, meaning total interest paid over 10 years would be $821,382, according to city documents. City finance director Daniel Heverling recommended council seek this option because it was flexible and saved paperwork and time for city staff.

Council voted 3-2, with Steward abstaining and Davidson absent, to resume only virtual council meetings starting at the next meeting. Hill and Lopez were in favor of continuing hybrid meetings.