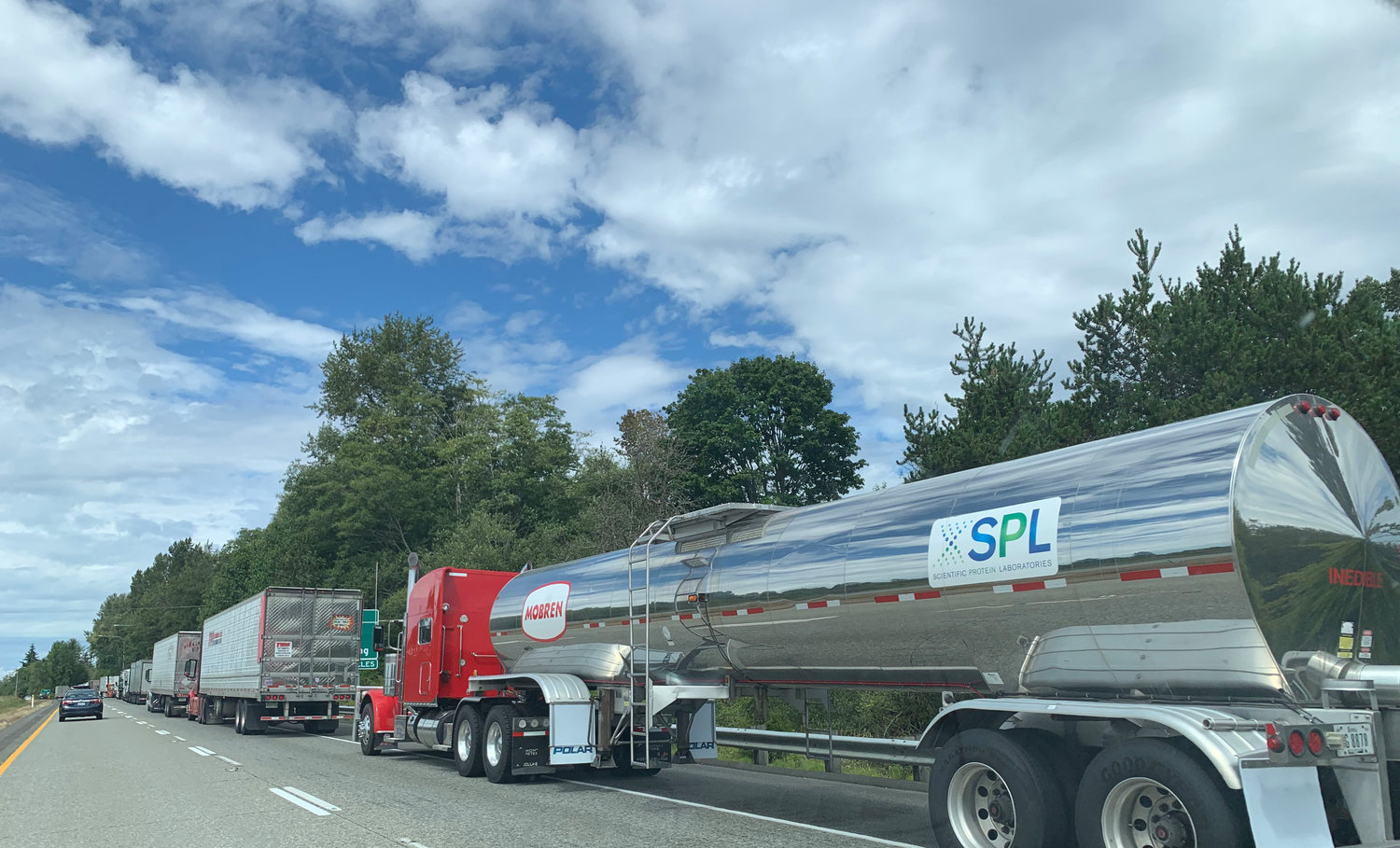 Unions representing the Canada Border Services Agency (CBSA) employees reached an agreement with the Canadian government August 6, following a work-to-rule campaign that caused the backup of around 100 trucks heading north.

Starting around 10 a.m. August 6, northbound trucks were backed up as far as Exit 274 on I-5, a Blaine Police Department spokesperson said. The police department estimates around 70-100 trucks were waiting to cross into Canada, prompting Washington State Patrol to ask people to avoid the area. The backup started to clear around 11 p.m., according to BPD.

A tentative agreement was reached after 36 hours of negotiations between CBSA, the Public Service Alliance of Canada (PSAC) and Customs and Immigration Union (CIU). The work slowdown began Friday morning when the two parties failed to find a compromise before a 6 a.m. Eastern time deadline.

Negotiations began in January 2018 but were at a standstill by December 2020 before picking up again in May 2021.

“We are relieved that CBSA and the government finally stepped up to address the most important issues for our members to avoid a prolonged labor dispute,” PSAC president Chris Aylward said in a statement. “The agreement is a testament to the incredible hard work and dedication of our bargaining team who worked through the night to reach a deal.”

The strike came just days before Canada was set to open its side of the border to fully vaccinated U.S. travelers.

The tentative four-year agreement will have a 2-percent pay increase; address excessive discipline; create a national committee to address workplace culture; a paid meal allowance for uniformed CBSA employees; a promise to introduce early retirement benefits, according to CBSA and CIU statements.