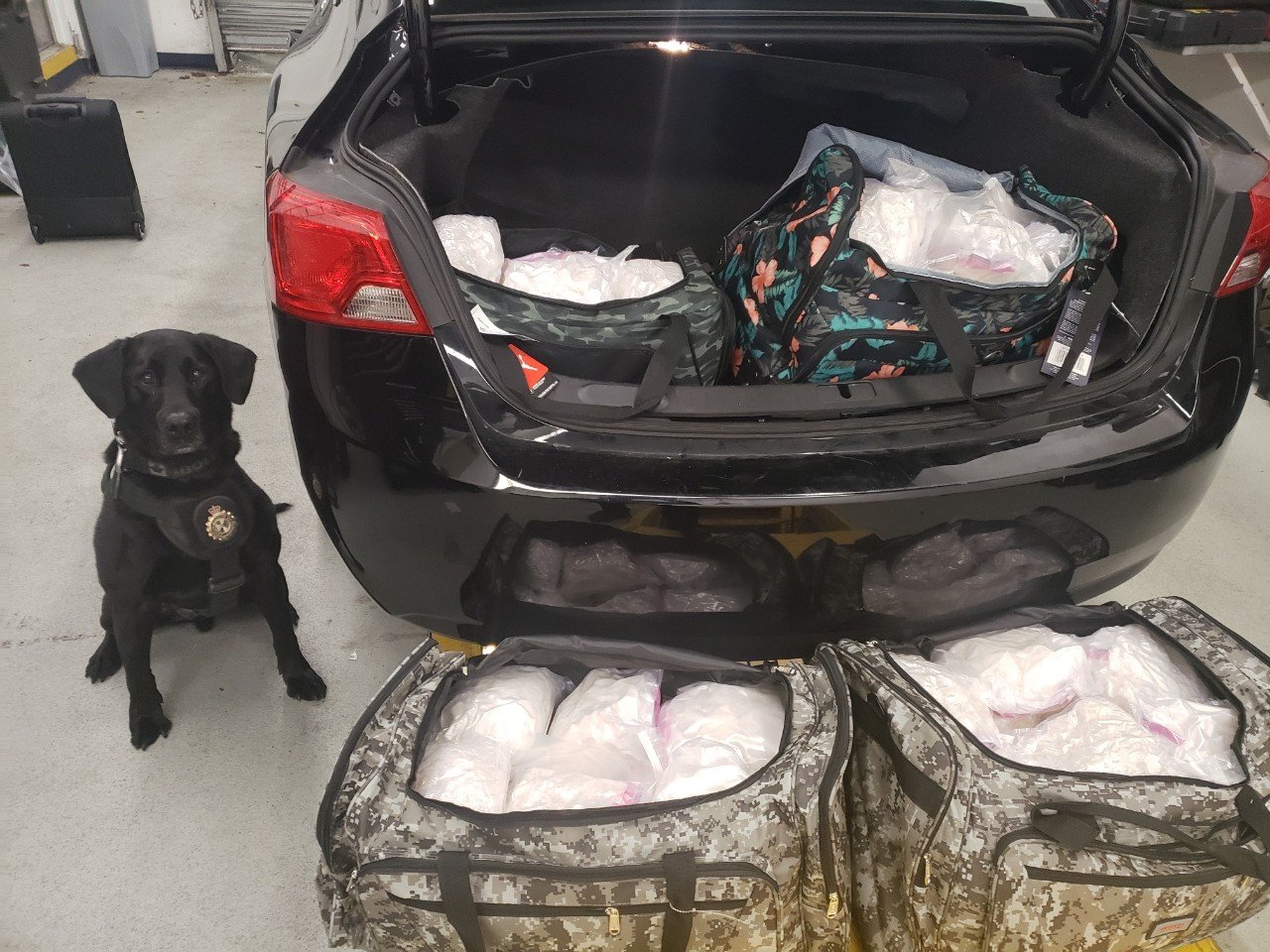 The Canada Border Services Agency (CBSA) and the Royal Canadian Mounted Police (RCMP) arrested a woman who allegedly attempted to smuggle 100 kilograms of methamphetamine into B.C. at the Blaine border crossing.

On October 18, 2021, the Canadian woman arrived alone at the Pacific Highway Traffic Operations in Surrey, B.C., and fled the port of entry at high speed when border services officers attempted to inspect the vehicle, according to a January 5 CBSA news release. CBSA alerted RCMP of the fleeing suspect. The vehicle was intercepted shortly afterward and the driver and car were returned to the port of entry for further inspection.

Border services officers found several large commercially-sealed bags containing a white crystalline substance in the trunk and a CBSA detector K9 signaled the presence of narcotics. CBSA arrested the woman for fleeing the port of entry and smuggling.

CBSA seized 100 kilos of meth from the vehicle. According to the release, CBSA transferred the suspect and drugs to the RCMP Federal Serious and Organized Crime Border Enforcement Team for further criminal investigation, which is ongoing.

“The outstanding partnership between the CBSA and the RCMP contributed greatly to the success of this intercept, which prevented 100 kilograms of methamphetamine from entering our communities,” said Rahul Coelho, CBSA Pacific Highway Traffic Operations chief. “We are extremely proud of such work by our officers, which contributes directly to protecting Canadians and disrupting criminal schemes.”

A RCMP spokesperson said in an email to The Northern Light that the suspect is a woman from Burnaby, B.C. Her identity was not released as she is yet to be charged.