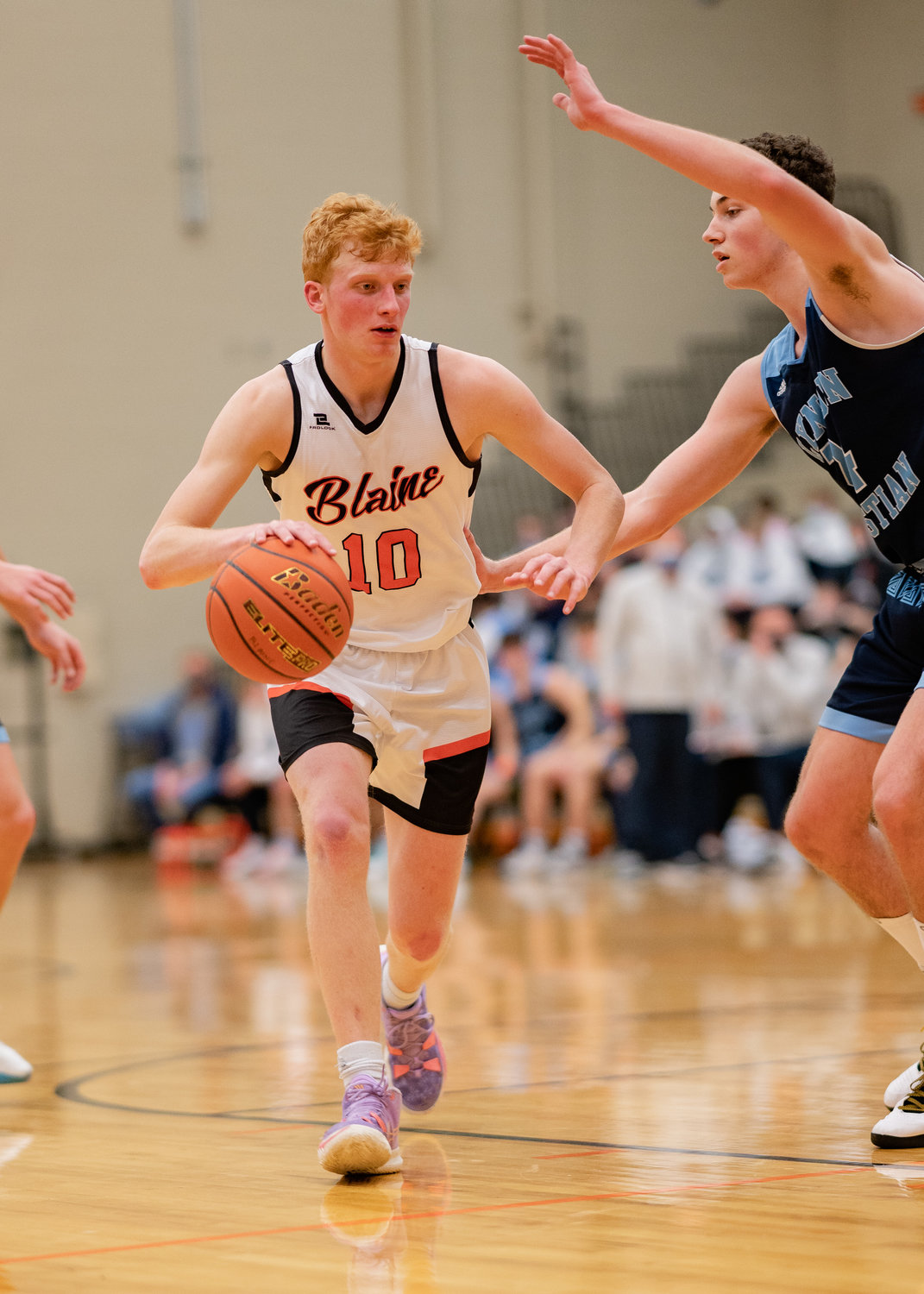 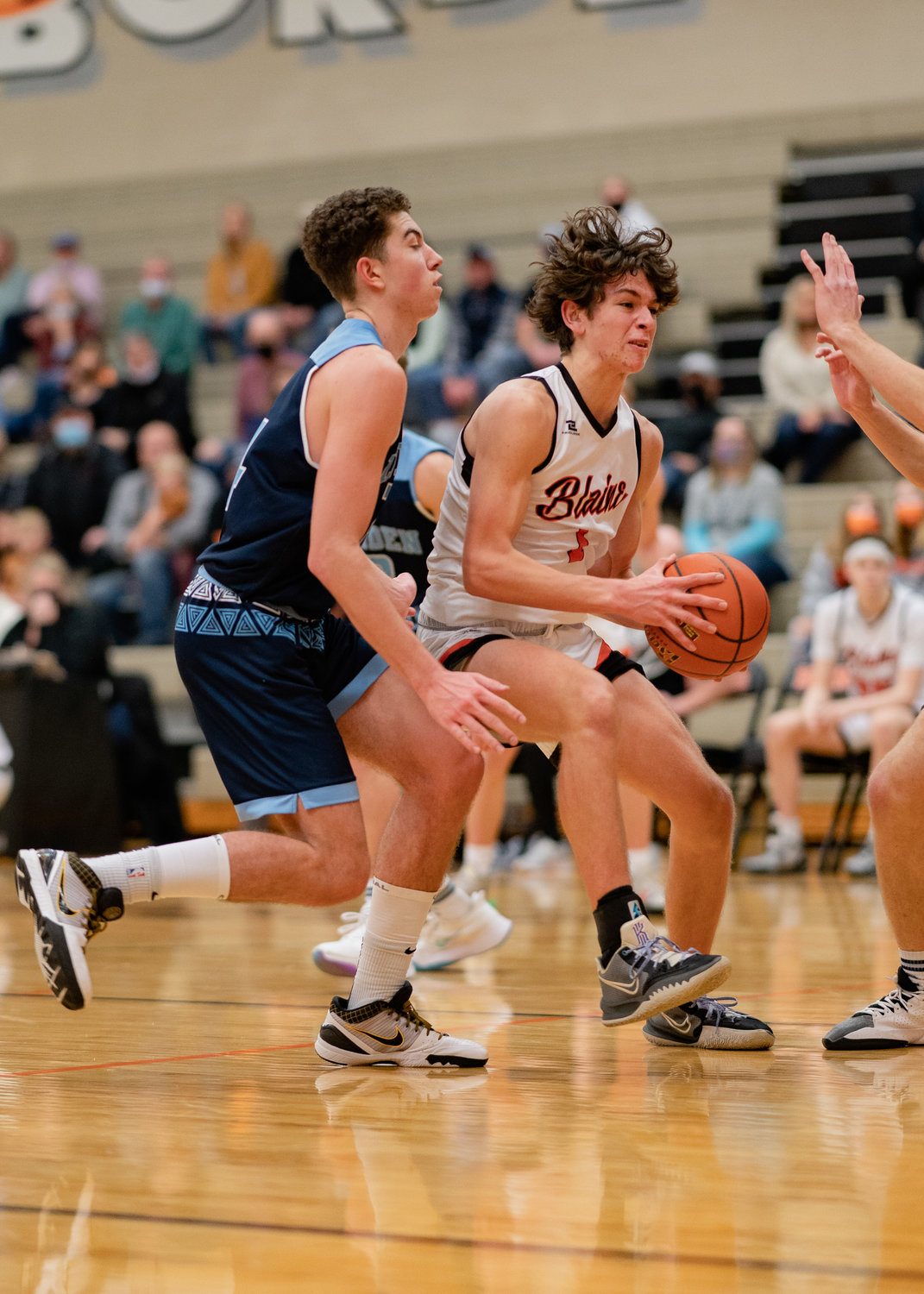 Lucas Smith with the ball in Borderites loss to the Lyncs Monday. The game ended with a 64-51 score.
Photo by Janell Kortlever 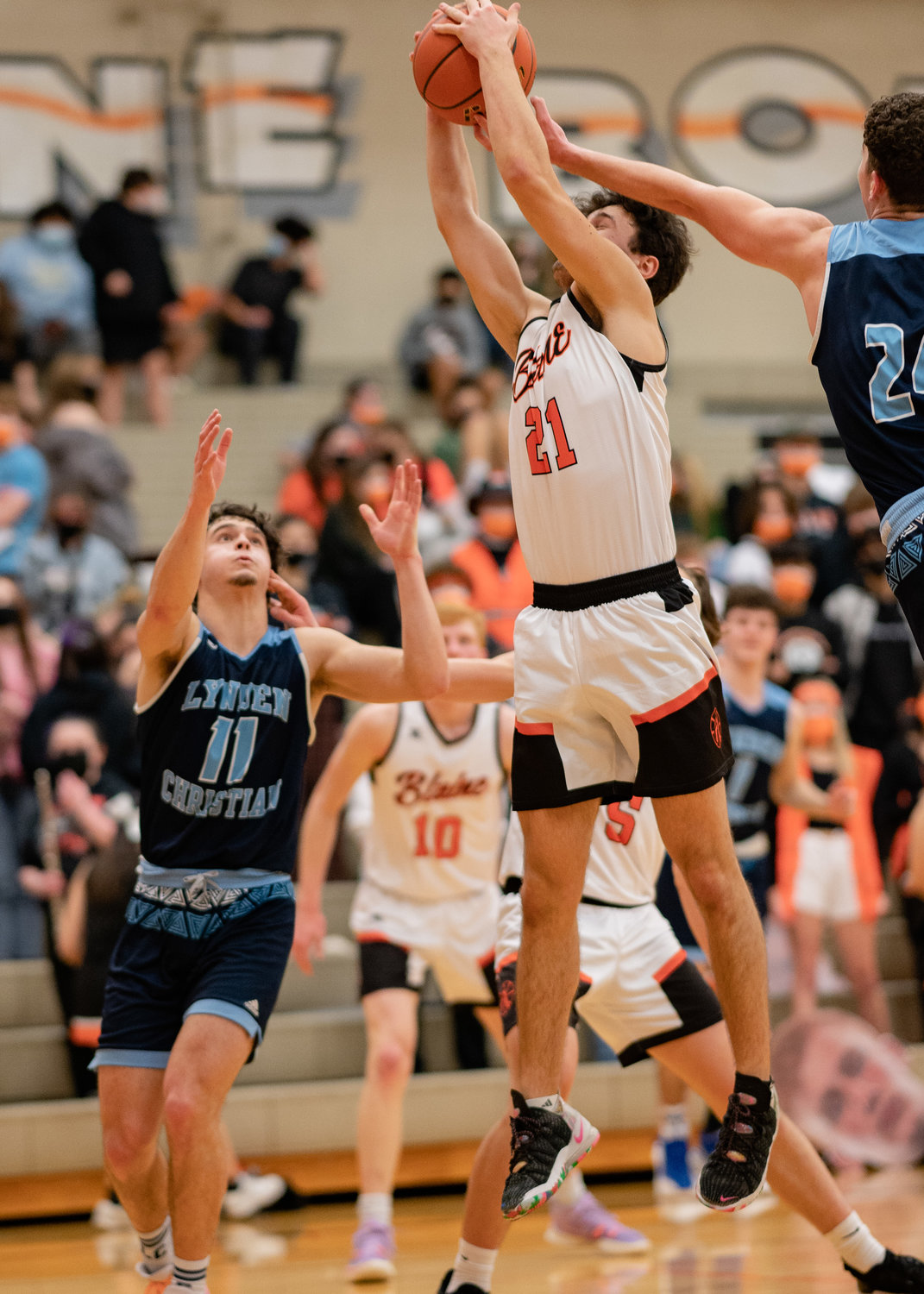 The Borderites came into the game on the back of beating Lynden and Anacortes for the first time since the WIAA Northwest Conference began. Before Christmas, Blaine hosted Lynden and won 49-44. It was the first time they had beaten the Lions since the 1992-93 season. The boys then traveled to Anacortes January 3 and beat the Seahawks 44-43 in a tight, defensive game. Blaine had not beat Anacortes in 17 years.

With some record-book games under their belt, the Borderites looked to lean on their strong defensive game to stop Lynden Christian as much as possible, head coach Brett Farrar said.

The Lyncs came into the game with a 9-0 record and having scored at least 69 points every game so far this season. The Borderites held them to their lowest point total so far, 64. “But it just wasn’t enough,” Farrar said.

Missing 12 shots from the free throw line, Farrar said that was where the boys could’ve kept the game within reach. “[Those points] could’ve changed the game,” he said. “But they are a really strong team.”

At halftime, Blaine was behind 29-23. Throughout the third and fourth quarter the Lyncs would open up a 10-point lead that the Borderites – with strong drives from Scott Baldwin and a couple big threes from Avery Dohner – would close to within a couple of baskets. Then the Lyncs would rally with their strong shooting game and 6’6” star Andrew Hommes under the basket.

The boys travel to Sedro-Woolley next Saturday, January 15, and then host Bear Creek Monday, January 17, at 3 p.m. They are 5-5 so far this season.

The Lady Borderites beat Anacortes 43-33 at home January 3 on the back of a four-game losing streak. They then traveled to Lakewood and Lynden Christian January 7 and 10, where they lost 36-27 and 62-12.

Blaine will host Sedro-Woolley Thursday, January 3, and Mount Baker Tuesday, January 18. Both games are at 7:15 p.m. The girls are 2-7 so far this season.