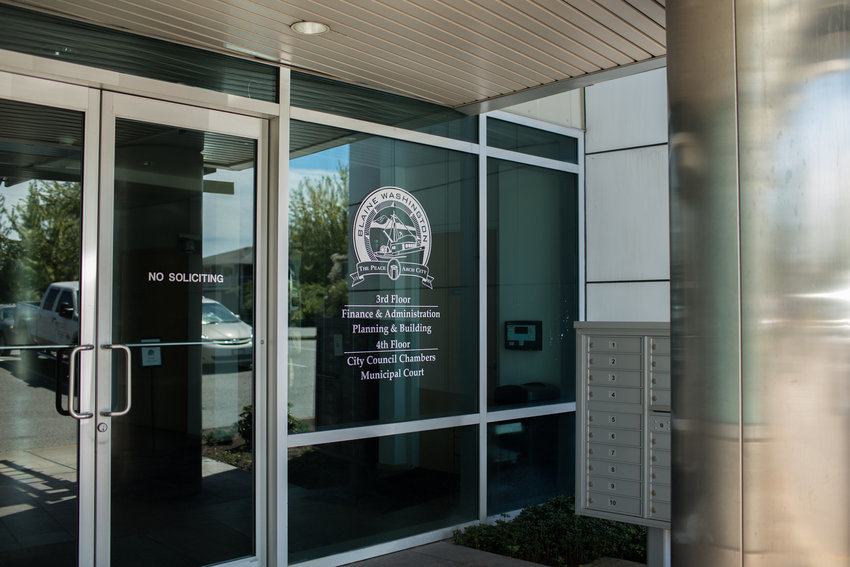 The city of Blaine will be prioritizing sewer infrastructure, fiscal sustainability, local transportation maintenance, and affordable housing in the state’s 2023 legislative session.

East Blaine sewer infrastructure has topped the city’s priority list for the past few years, as pressure mounts to build out east Blaine housing and extend the city’s sewer system. The city is asking the state for $2.5 million to extend the current sewer system to the upcoming Grandis Pond neighborhood. Grandis Pond is expected to have 1,000 homes, multi-family units, apartments and commercial areas, but developers have been unable to build because of lacking infrastructure.

The city plans to start a tax-increment financing (TIF) district next year to address east Blaine’s utility needs and will use state funds to match the district’s funds, according to the legislative agenda. Using TIF, the city could collect money from expected increases in property tax revenues from an east Blaine area – not the entire city – to pay for street, water and sewer construction.

The city is also supporting Blaine school district’s $1 million request to construct a sewer line from Pipeline Road to the school district’s athletic fields complex. This request, which is being led by the school district, will allow the district to replace the portable restrooms with a public restroom facility and concession stand. The sewer line makes way for future development of land next to the athletic complex, which could bring manufacturing and residential buildings. The district would also like to convert the field to artificial turf to make it usable throughout the entire year and increase its availability to the community, according to the legislative agenda.

The city is joining with the Association of Washington Cities to ask state legislators to allow local governments to increase property tax levies with inflation, instead of the 1 percent annual growth limit. State law allows governments to increase their levies by 1 percent each year, and anything higher needs to be voter-approved. The city also asked the state to increase revenue sharing with city governments. The city is asking for these changes due to ongoing fiscal impacts from the U.S./Canada border closure, according to the city’s legislative wishlist.

“The state will be discussing this during the 2023 session and local governments need to be a part of that discussion to ensure cities receive a fair share of whatever revenue source is identified,” said Holly Cocci, consultant with Gordon Thomas Honeywell Governmental Affairs, during the meeting.

In addition to the city’s priorities, the Association of Washington Cities (AWC) has five legislative priorities that were briefly discussed during the council meeting. The AWC wants the legislature to clarify its drug possession law following Washington Supreme Court’s 2021 decision to strike down the drug possession statute in State v. Blake. The association is asking the legislature for state funding to offset the costs related to the Blake decision such as diversion programs and repaying legal financial obligations as well as asking for the state to invest in alternative response teams, treatment facilities and providers. The association is asking state lawmakers to clarify law enforcement’s ability to do vehicle pursuits when public safety is threatened.

Councilmember Richard May noted that the association’s priorities were included as a reference for councilmembers along with the city’s legislative agenda, but did not mean the city fully supported every priority from the association.