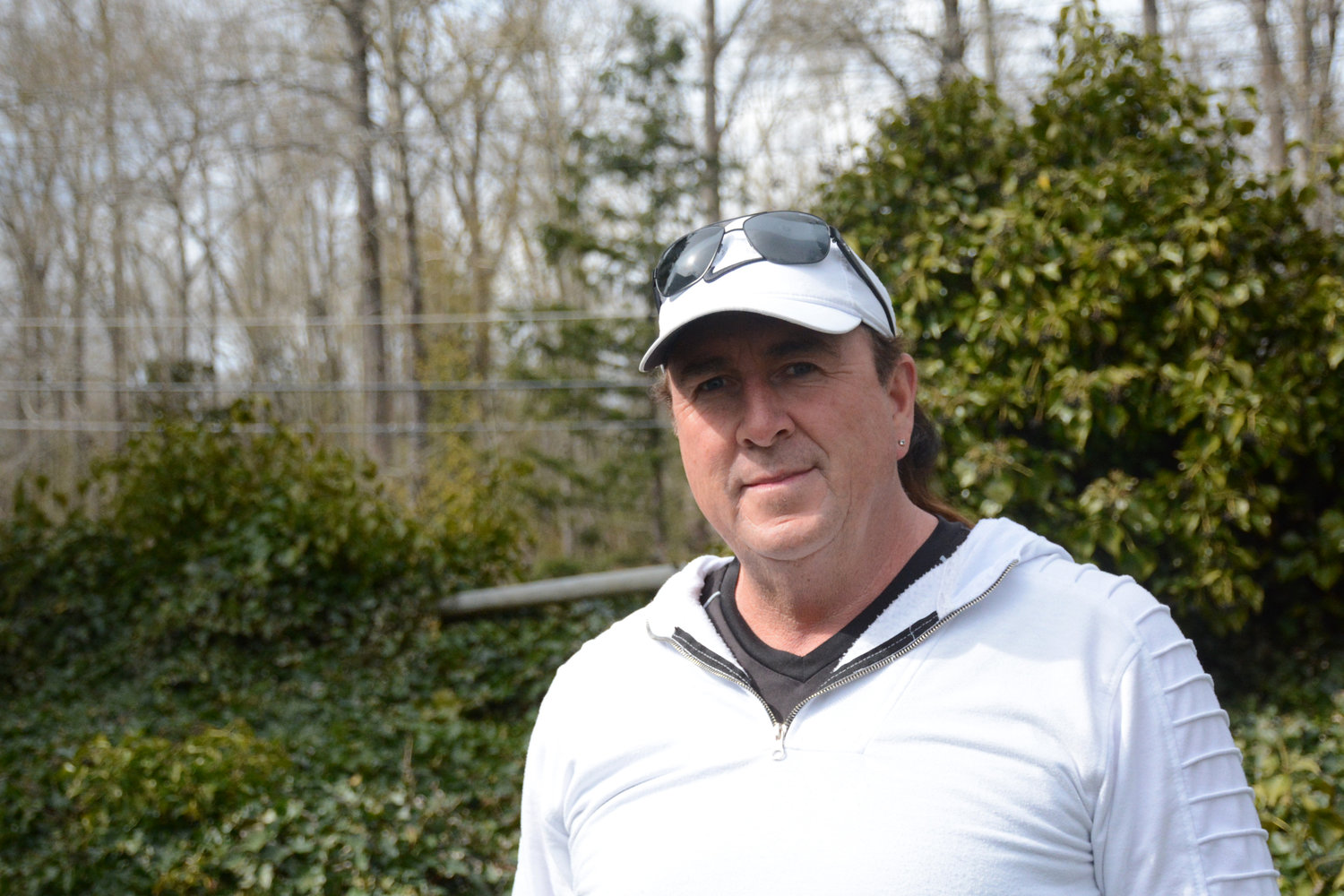 Birch Bay resident Michael Nault, 58, pulled a woman from a burning vehicle just after midnight April 11 after she swerved off Birch Bay-Lynden Road and sheared an electrical pole.
Photo by Ian Haupt 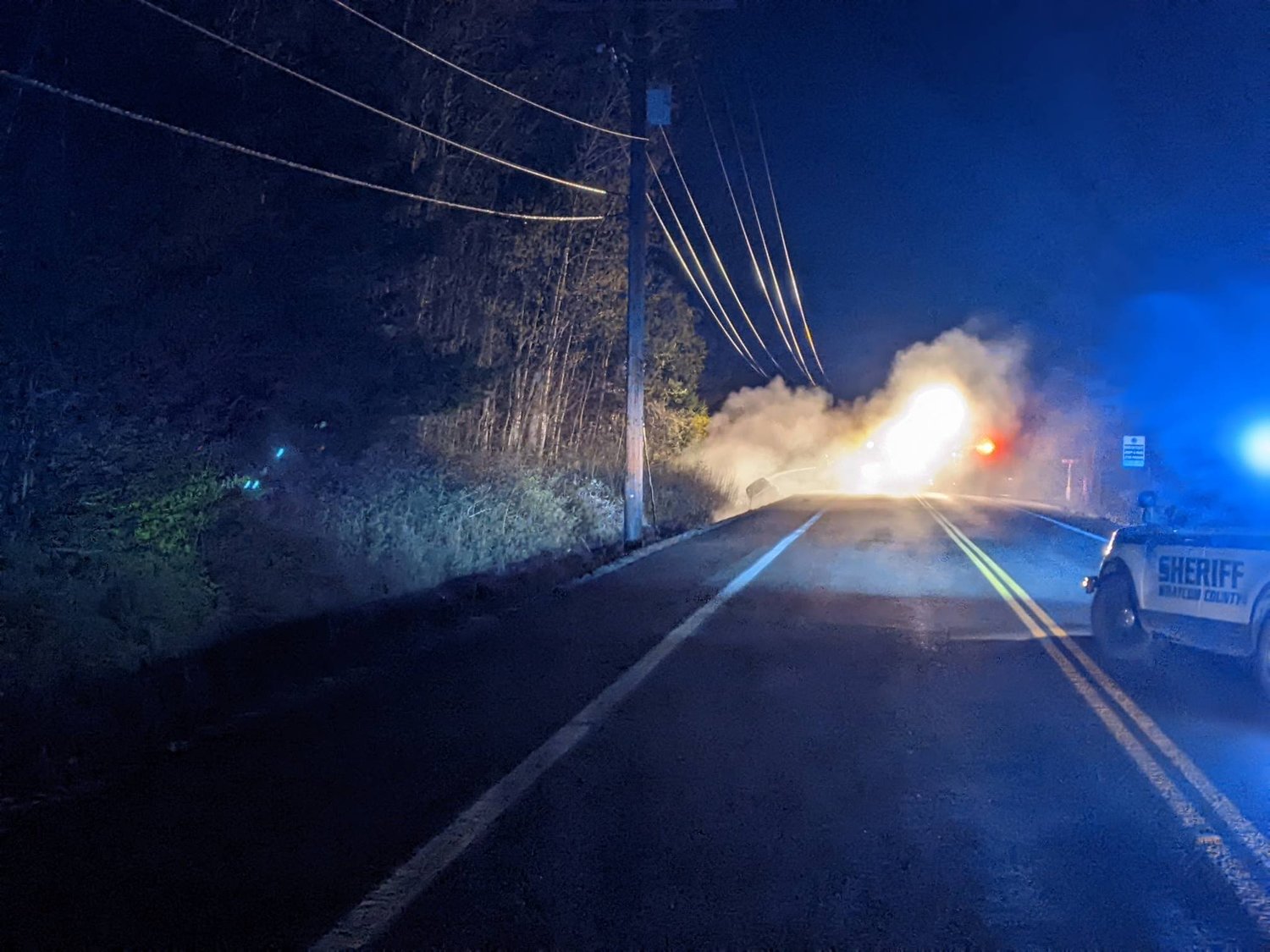 A 30-year-old woman was pulled from a burning vehicle in the early morning of April 11 after crashing into an electrical pole on Birch Bay-Lynden Road and entangling the vehicle in live wires. Michael Nault, who pulled her from the vehicle, said she was remorseful and worried about her son who was not in the car.

Nault, 58, said he was watching videos on his computer at his vacation home in Latitude 49 Resort Park on Birch Bay-Lynden Road when he heard a sudden silence outside after a car had passed by. “Something prompted me that wasn’t right,” he said.

Nault threw on sweatpants, jumped the fence separating his house from Birch Bay-Lynden Road and saw the car on its side in flames. He called 911 to report the incident while running down the road toward the car.

Whatcom County Sheriff’s Office spokesperson Deb Slater told The Northern Light in an email deputies responded to a vehicle collision with a pole just after midnight April 11 on the 4700 block of Birch Bay-Lynden Road. The 30-year-old woman crashed into a utility pole while driving on Birch Bay-Lynden Road, she said.

PSE spokesperson Andrew Padula said in an email PSE crews arrived at 12:50 a.m. to de-energize the lines. For nearly an hour, 3,363 customers were without power while crews put out the fire. All customers’ power was restored at 1:38 a.m., Padula said.

Slater said no other vehicles were involved and the woman was the only occupant of the vehicle. Alcohol is believed to be a factor and the collision is being investigated as a DUI, but she said the investigation is not yet complete. An ambulance transported the woman with non-life-threatening injuries to PeaceHealth St. Joseph Medical Center in Bellingham.

Van der Veen said a good Samaritan pulled the driver from the vehicle.

When Nault got to the car – about 100 yards away – he said he couldn’t see in but jumped on the back wheel and opened up the rear passenger side door. That turned the dome lights on, allowing him to see the woman stuck in the driver’s seat. Nault said the woman reached out her hand and he pulled her out. He cradled her and jumped back to the ground. Another bystander held her as Nault got back onto the road.

After they got the women away from the car, Nault said the car exploded. He said it blew three times before crews put out the fire.

“She was conscious and cognitive with a cut above her eye,” Nault said. “She was scared, she was in shock. To be honest with you, it was a miracle. If she got away with just a wrist injury, it’s amazing.”

Nault said he’s a stuntman who began working in the film business in 1990. He also works as a body paint artist.

He hoped the woman well because she seemed like a sweet person who made a mistake. He also said he wasn’t a hero. “Some circumstances we just get thrust into.”