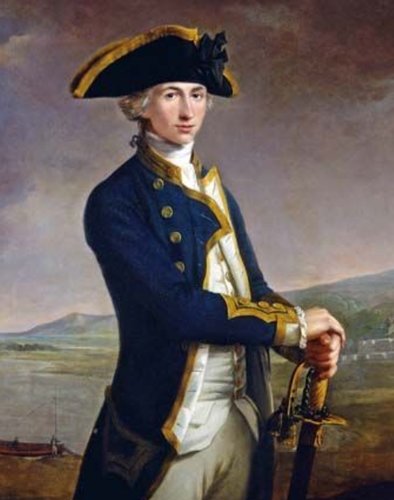 Captains of Spanish ships from Acapulco and San Blas, Spanish west coast ports in Mexico, were in this area in 1791 and 1792. They named the following:

• Birch Bay – was named “Tsan-wuch” by the Semiahmoo First Nation. Named Puerto del Garzon in 1791 by captain Jose Maria Narvaez. It is also claimed that captains Galiano and Valdes, of the “Sutil y Mexicana” expedition had also named it Ensenada de Garzon.

• Saturna Island – Named after the Spanish schooner, Santa Saturnina by its captain, Jose Marie Narvaez. The name was later changed to Saturna by the British.

• Patos Island – Means duck in Spanish. Named in 1792 by commander Galiano of the ship “Sutil” and captain Valdes y Flores of the ship “Mexicana.”

• Sucia Island – Sucia is a nautical name “foul” (dangerous because of reefs and hidden rocks) Named by captain Francisco de Eliza of the ship “San Carlos” in 1791.

• Matia Island – Named by captain Francisco de Eliza of the ship “San Carlos” in 1792. He named it Isla de Mata meaning Island of No Protection.

• Orcas Island – Named for Horcasitas, the Viceroy of Mexico, in 1791 by captain Eliza. Orcas is the short form of Horcasitas.

• Point Roberts – Named Isla de Zepeda by captain Eliza who thought it was an island in 1791. Captains Galiano and Valdes realized Eliza’s mistake in 1792 and renamed it Punta Cepeda.

• Vancouver Island – was first named when captain Vancouver went to Nootka Sound, then the region’s most important harbor on Vancouver Island. Here he was to receive any British buildings and lands returned by the Spanish from claims by Francisco de Eliza for the Spanish crown. The Spanish commander, Juan Francisco Bodega y Quadra, was very cordial and he and Vancouver exchanged the maps they had made, but no agreement was reached for a turnover; they decided to await further instructions. At this time, they decided to name the large island on which Nootka was proven to be located, as Quadra and Vancouver Island. Years later, as Spanish influence declined, the name was shortened to simply Vancouver
Island.

Captain Vancouver named many features for his officers, friends, associates and his ship “Discovery,” includes:

• Puget Sound – after Discovery’s second lieutenant, Peter Puget, who explored its southern reaches, all the way to present-day Olympia.

• Birch Bay – after the birch trees on the beach.

• Birch Point – because of the abundant birch trees. The British admiralty chart of 1858-59 shows it as South Bluff.

In 1838, President Martin Van Buren ordered U.S. Navy lieutenant Charles Wilkes on a four-year voyage to explore and chart the area around the South Pole, the South Sea Islands and the Pacific Northwest. His fleet consisted of five ships including his ship, the USS Vincennes.

In the spring of 1841, Wilkes sailed into Birch Bay.

• Point Whitehorn – Named by Wilkes for his quarter-gunner Daniel Whitehorn.

• Drayton Harbor – Named by Wilkes for Joseph Drayton, who was the civilian artist and the oldest member of the crew.

• Terrell Creek and Lake – No information on the Terrell name. After extensive research by many people in Whatcom County, the name Terrell is lost in history.

• The Strait of Juan de Fuca – Juan de Fuca was a Greek navigator who sailed for Spain under a Spanish name. His original name was Ioannis Phokas, roughly translated into Juan de Fuca. De Fuca sailed up the west coast from Mexico to Vancouver Island in 1592, looking for a passage from the Pacific Ocean to the Atlantic Ocean. He was perhaps the first European to see this area. After sailing back to Acapulco, Mexico, Spain did not reward de Fuca for his journey and his discovery of the strait was not entirely believed. But the name of our beautiful Strait of Juan de Fuca exists today.

This article has been updated to correct a sentence on Captain George Vancouver. We regret the editing error.